New massive cyberattack in hospitals, at least the sixth in two months 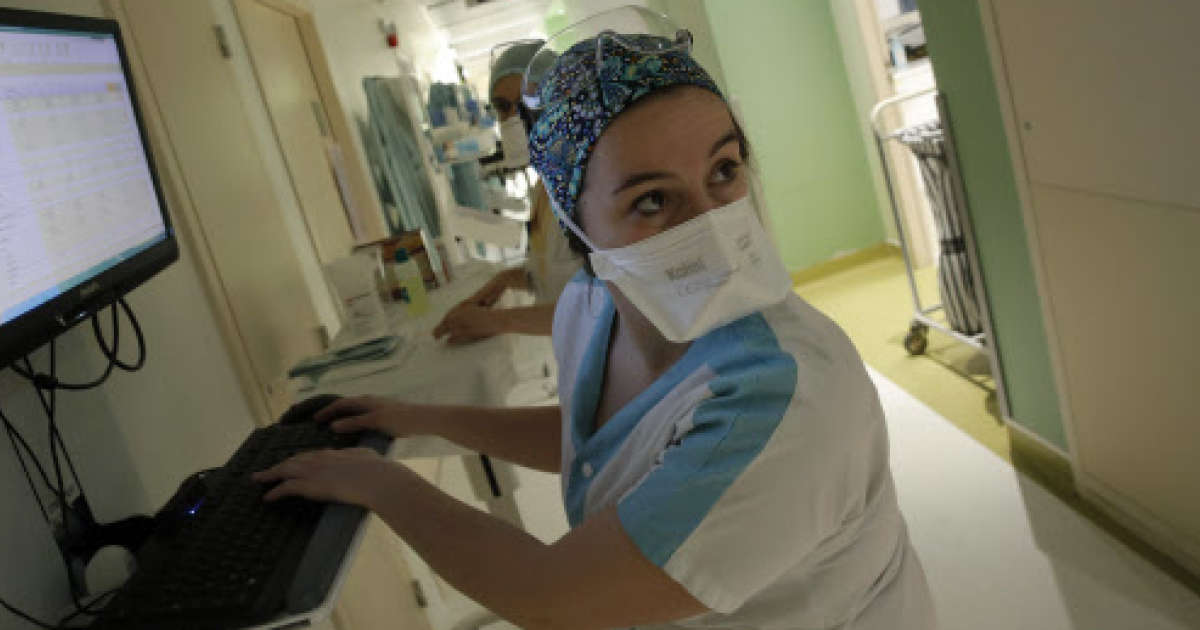 Yet another attack, with a scenario similar to that which we have seen multiplying in hospitals since the beginning of the year. The French Student Health Foundation (FSEF), which manages thirteen non-urgent care clinics, suffered a cyberattack, forcing its teams to return to paper and pencil, AFP learned on Tuesday, April 20 from its management. Ransomware has made most of the foundation’s patient health data inaccessible, said Vincent Beaugrand, its chief executive, ensuring that none of this data had been stolen by hackers.

“Do we have to unplug everything? »: How Lactalis coped with a global cyberattack

He claims that there is “No impact for [les] patients’ and that’“No change” was not necessary in the care in the thirteen clinics, located for many in Ile-de-France, and also in other regions, in particular in Isère. The FSEF, which detected the attack on the night of Friday, April 16, reported it to the state cyber-firefighter, ANSSI, and lodged a complaint with a Paris police station.

Access to “Priority tools” of the 2,700 employees should be restored by ” weekend “, assures the general manager. He specifies that backup systems were not blocked, which allowed caregivers to access certain patient files.

This health group has been attacked with ransomware, a program by which hackers break into the computer system and then encrypt its files to make them inoperative, demanding a ransom to unlock them. A mode of operation for which healthcare establishments are increasingly paying the price: in the last two months alone, there have been no less than five other cyberattacks of the same kind.

Eviatar Matania: “Cyber ​​defense is a race for world domination”

On February 9, the Dax hospital in the Landes was hit by a massive attack. According to “Le Monde”, it was then impossible for all staff to access computers and telephones.

On February 15, three sites of the North West hospital, Villefranche, Tarare and Trevoux, in Auvergne-Rhône-Alpes, were attacked by a crypto-virus, affecting 3,000 computer workstations, according to “Progress”. A crisis unit had to be set up, and some surgical interventions postponed.

Three weeks later, on March 8, the Oloron-Sainte-Marie hospital in the Pyrénées-Atlantiques was targeted by an attack. The ransom demanded – $ 50,000 in bitcoin, details “the Dispatch” – was displayed on all screens of the establishment.

Then, on April 7, it was the turn of the Haute-Garonne hospital, in Saint-Gaudens, which also saw its servers infected, and received a message asking for a ransom in bitcoins, recalls Europe 1. overall patient load was able to continue, even though everything was “Much longer”, explained the director of economic services and logistics Stéphanie Baux.

On April 12, a hospital group in Hauts-de-France, the Hopale foundation, which manages around fifteen private non-profit establishments, was also the victim of a computer attack. As a precaution, its vaccination center in Berck-sur-Mer remained closed throughout the weekend of April 17.

For these last five examples to date, the process was the same – ransomware – for the same objective – to obtain a ransom in cryptocurrency – and with the same constraints: to update all the computer files once the incident has been resolved. .

Health establishments have been victims of computer attacks in recent months at a rate that tends to get carried away, recalls AFP. “Twenty-seven cyber attacks on hospitals in 2020, one per week since 2021”, assured in February the Secretary of State for the Digital Transition Cédric O.

These hospitals, laboratories or platforms, which manage sensitive data, have become privileged targets since the health crisis. President Emmanuel Macron presented on February 18 a plan of one billion euros intended to strengthen their cybersecurity.

” Hospitals are an easy target. They do not necessarily have a dedicated IT security budget; they must also manage a network to which devices are connected (automatic blood analysis machine, scanner, radio, etc.) over which they do not have control; and finally, hospitals are sensitive structures subject to emergency, and therefore more likely to pay ransoms. », Recently explained to« Obs »Gérôme Billois, cybersecurity expert at the Wavestone firm and administrator of Clusif, an association for digital security in France.

Hospitals, easy targets in the face of cyber attacks

Interviewed by France Inter, the co-founder of the NGO Nothing to hide Jean-Marc Bourguignon thinks that teleworking can also explain this increase in computer attacks:

“Many of the employees of these hospitals, who usually work in offices, are now at home. It is therefore much more complicated for establishments to secure their tools. […] There is also a lack of staff training on IT security and data protection issues. And in the hospitals that I have been able to visit, I have often found that the equipment is obsolete. “

According to “les Echos”, ransomware was the subject of 397 referrals to the Paris prosecutor’s office in 2020, an increase of 543% compared to 2019. A figure which could further double in 2021.