Morocco escapes from the trap of Gabon 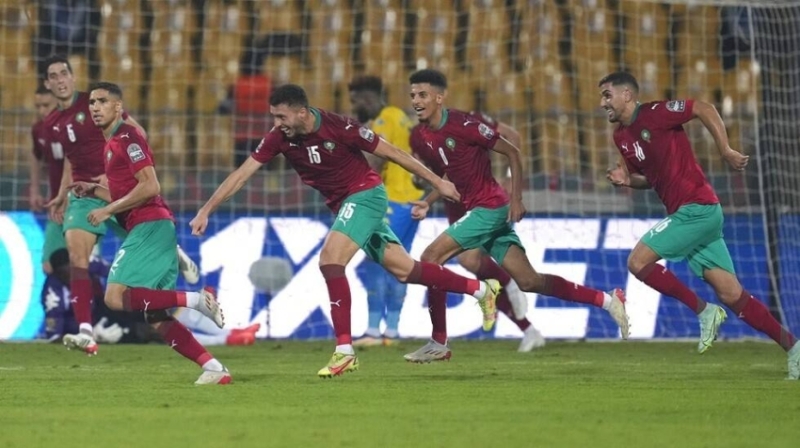 The Moroccan national team survived a defeat by its Gabonese counterpart (2-2) in the match that brought them together today, Tuesday, in the third round of the last group of the CAF African Nations Cup.

Gabonese striker Jim Alfinia scored the goal for his country in the 21st minute of the first half, taking advantage of Moroccan defender Sofiane Chakla slipping and falling to the ground.

Moroccan Sofiane Boufal responded with a equalizer, scoring from a penalty kick in the 74th minute, but fellow defender Nayef Akrad scored the second goal by mistake in the 81st minute, and then defender Ashraf Hakimi equalized for the Atlas Lions, in the 84th minute with an unstoppable missile shot. It is returned from a stationary ball.

Morocco topped Group C with 7 points, and had qualified for the last 16 round of the continent, after achieving two consecutive victories.

The Gabon team also booked a place in the first round of the tournament, after occupying the runner-up position with 5 points.

While the Comoros team ranked third with three points, which it won after a historic victory (3-2) over its Ghanaian counterpart, who suffered a second defeat against one draw, and bottomed out the group to be eliminated early in the tournament.

While the Comoros team revived its hopes of qualifying for the top 16 round, as one of the four best third-placed teams in the six groups, pending the results of the remaining matches in the other groups.

Final standings for the third group:

Tags: from, Gabon, get away, Morocco, sunset, trap, West