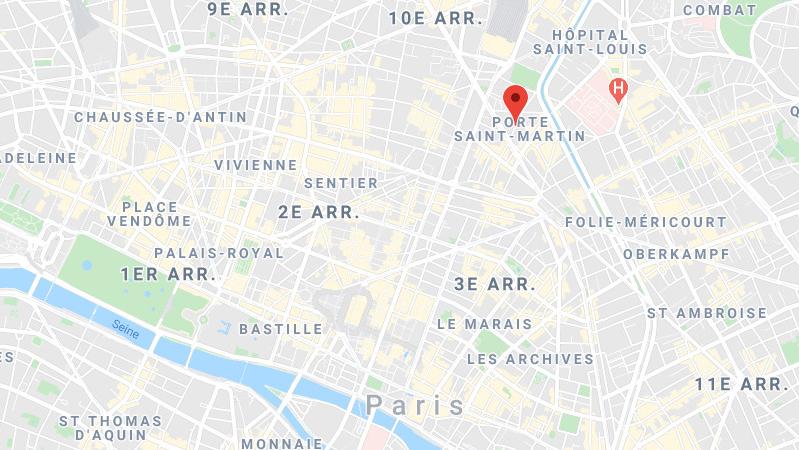 The fire started after midnight in a covered parking lot in the 10th arrondissement. 700m² on three levels were affected.

More than 150 firefighters were mobilized during the night from Sunday to Monday on a fire in a covered parking lot, rue Lucien Sampaix, in the 10th arrondissement of Paris, Franceinfo and France Bleu Paris learned Monday, October 12 from the firefighters. The fire left one slightly injured, according to a provisional toll.

The fire started shortly after midnight in a five-story parking lot, with a capacity of about 80 vehicles. 700m² on three levels were affected by the flames, from the ground floor to the second floor. The fire then spread to the roof of an apartment building stuck to the parking lot.

Nine nozzles were needed to bring the fire under control. Firefighters from the Grimp, the Perilous Environment Reconnaissance and Intervention Group, were dispatched to the site because of the risk of the slabs collapsing between the floors of the parking lot. The foundations do not present any risk. An architect from the city of Paris is on site, firefighters told France Bleu Paris. 14 vehicles were destroyed by fire.

One person was slightly injured and around forty residents were taken care of by civil protection volunteers in “the lobby of a nearby hotel”, the Civil Protection Paris Seine told franceinfo. At 7 a.m., the evacuated residents began to return to their homes.

6:38 am: end of reintegration of housing in good condition and search for solutions with the city of @Paris for the other inhabitants. Some of our volunteers are released to return home and continue with their professional activities! @nicolas_nordman @ACORDEBARD pic.twitter.com/7mkWtC9arL