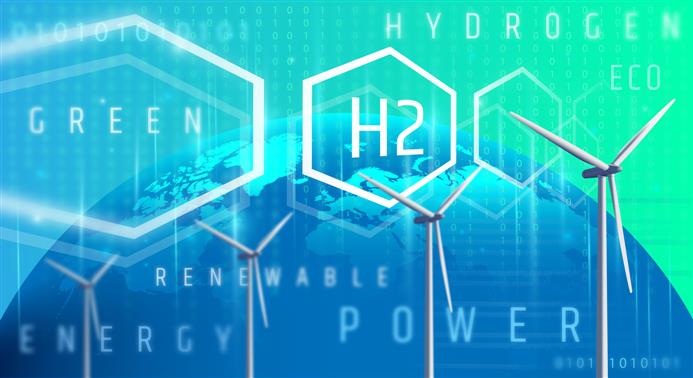 Giving a boost to enhance production of renewable energy, Indian scientists have, for the first time, developed a large-scale cost-effective reactor that produces a substantial amount of hydrogen using sustainable sources like sunlight and water.

A team from the Institute of Nano Science and Technology (INST), Mohali, has fabricated a prototype reactor which operates under natural sunlight to produce hydrogen at a scale of around 6.1 litres in eight hours. They have used an earth-abundant chemical called carbon nitrides as a catalyst for the purpose.

Hydrogen generated in this manner can be used in many forms such as electricity generation through fuel cells in remote areas, hydrogen stoves and powering small gadgets. Eventually, they can power transformers and e-vehicles, which are long-term research goals under progress.

India has set a target of producing 450 GW of renewable energy by 2030. To achieve this in the current scenario, researchers all over the world are working towards renewable energy solutions which should be sustainable with a limited carbon footprint.

One of the most economical ways is to produce hydrogen at a large scale through photo-catalytic water splitting. It is a long-term persistent solution for the growing renewable energy needs and a low-cost economic process which will benefit society in the longer term.

The process had been attempted many times by many researchers using complex metal oxide, nitride or sulphide-based heterogeneous systems, but was very difficult to reproduce in large quantities.

The INST team employed low-cost organic semiconductor in carbon nitrides which can be prepared using cheaper precursors like urea and melamine at ease. When the sunlight falls on this semiconductor, electrons and holes are generated. The electrons reduce the protons to produce hydrogen and holes are consumed by some chemical agents called sacrificial agents. If the holes are not consumed, they will recombine with the electrons.

The research, supported by the Nano Mission Project of the Department of Science and Technology, was undertaken by Dr Kamalakannan Kailasam and his team comprising Prof Ashok K Ganguli, Dr Vivek Bagchi, Dr Sanyasinaidu Boddu, Dr Prakash PN and Dr Menaka Jha. The team has been working in the area of ​​photo-catalytic water splitting to generate hydrogen for quite some time now.