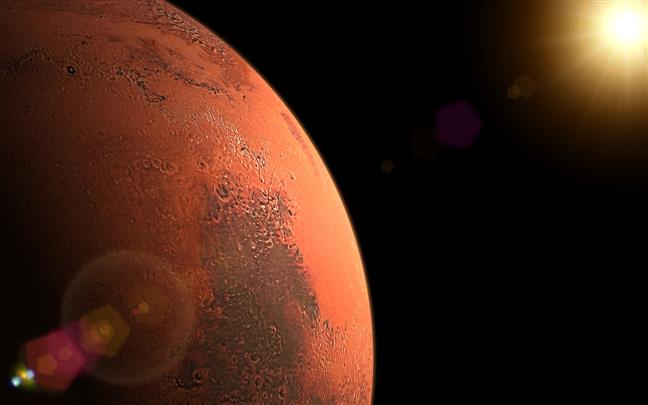 NASAs James Webb Space Telescope has captured its first images and spectra of Mars that show a region of the planets eastern hemisphere at two different wavelengths, or colors of infrared light.

Astronomers will analyze the features of the spectrum to gather additional information about the surface and atmosphere of the planet, said NASA.

Since it is so close, the Red Planet is one of the brightest objects in the night sky in terms of both visible light (which human eyes can see) and the infrared light that Webb is designed to detect.

This poses special challenges to the observatory, which was built to detect the extremely faint light of the most distant galaxies in the universe.

Webb’s instruments are so sensitive that without special observing techniques, the bright infrared light from Mars is blinding, causing a phenomenon known as “detector saturation,” said NASA.

Astronomers adjusted for Mars’ extreme brightness by using very short exposures, measuring only some of the light that hits the detectors, and applying special data analysis techniques.

In the future, the Mars team will use this imaging and spectroscopic data to explore regional differences across the planet, and to search for trace gases in the atmosphere, including methane and hydrogen chloride.