March of undocumented migrants to the Elysee Palace: “It’s Macron or nothing” 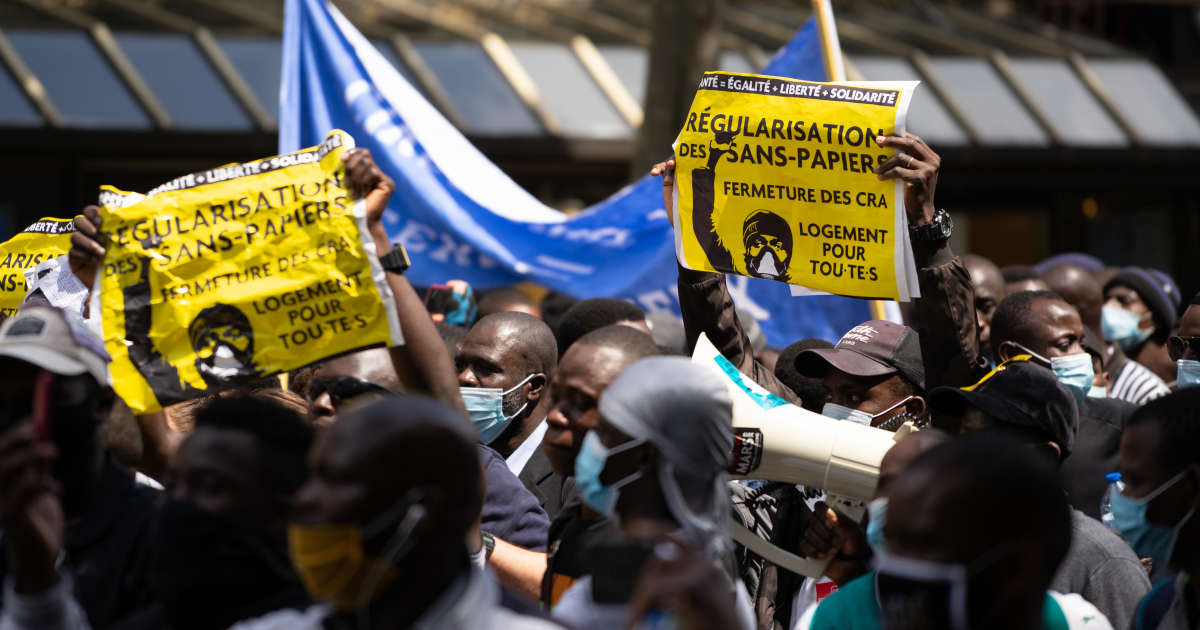 For them, “It’s Macron or nothing”. They are the sans-papiers, collectives and associations who have been marching since September 19 throughout France, with a common goal: to meet in front of the doors of the Elysee Palace, Saturday, October 17. They hope to be even more numerous than on June 20, during act 2 of the March of the sans-papiers, where they claim to have gathered thousands of people in the streets of the capital.

For this act 3, they aim higher, much higher. “We want to speak with Emmanuel Macron”, insists Anzoumane Sissoko, spokesperson for the Parisian Coordination of Undocumented Migrants (CSP 75). Himself a former undocumented migrant, he became elected not included in the 18e arrondissement of Paris, on the occasion of the last municipal elections. This native Malian is one of the movement’s leading figures.

Every Sunday, Anzoumane Sissoko has got into the habit of being heard. Place de la République, or elsewhere. Sunday October 11, he thus motivated his troops between Montmartre and Barbès. A hundred undocumented migrants and members of the CSP 75 chanted the three demands that the marchers hope to address directly to the President of the Republic: “Regularization of undocumented migrants, closure of detention centers and housing for all. “ Dressed in flocked T-shirts with the movement’s effigy or traditional African outfits, the demonstrators brandished their fists in a sign of struggle.

“It would be provocation”

The day before, already, in the 20e borough

To read the remaining 83%,
test the offer at 1 € without obligation.