Manchester City to the quarter-finals with a draw with Sporting 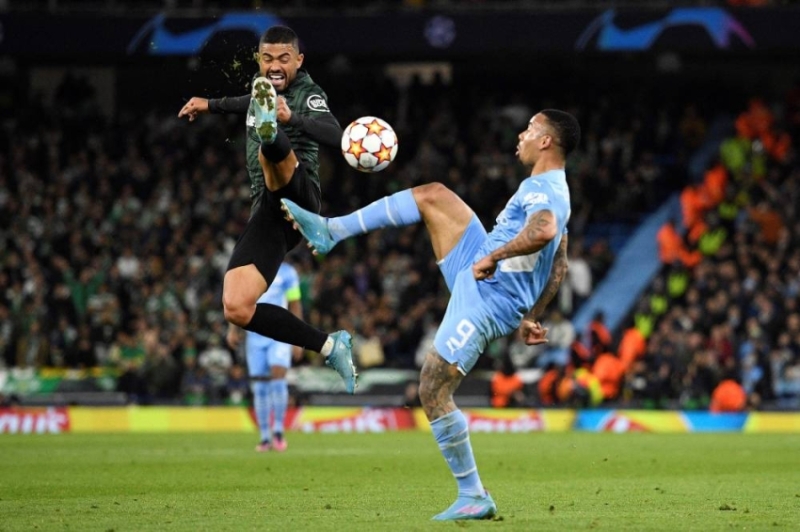 Manchester City, last season’s runner-up, booked its place in the Champions League quarter-finals for the fifth time in a row and the sixth in the last seven seasons, with a 0-0 draw with its Portuguese guest, Sporting, on Wednesday in the second leg of the final price.

Despite failing to reach the net for the first time since losing in the local league at home to Crystal Palace 0-2 on October 30, City reached the quarter-finals thanks to a sweeping victory away from home with five clean goals, which allowed Spanish coach Josep Guardiola to rest some of his stars In the return meeting.

With Belgian star Kevin De Bruyne, Spaniard Rodri and Algerian Riyad Mahrez on the bench, Guardiola started the meeting with the participation of Brazilian Gabriel Jesus mainly at the front, such as Raheem Sterling and Phil Foden.

And the defense emerged by relying on the 19-year-old Conrad Egan-Reilly, who was playing his second match with the adults after the third round of the League Cup against Wycombe Wanderers (6-1) last September.

Also, the Ukrainian Alexander Zinchenko, who was welcomed in solidarity with him and his country, which is going through a very difficult period as a result of the Russian invasion.

As expected, City imposed its full advantage and threatened its guest’s goal from the beginning, but without success, so that the goalless tie remained dominant throughout the first half, then Guardiola II began to involve Mahrez instead of Portuguese Bernardo Silva and the other young James Makati (19 years) instead of Foden.

The impact of Mahrez was very fast, as Jesus gifted the goal in the 48th minute, but the referee canceled it for infiltrating the latter after invoking the video assistant referee (VAR).

Despite the continued full advantage and attempts, City was unable to reach the net of Spanish goalkeeper Antonio Adan, and almost paid the price on more than one occasion through counter-attacks, the most dangerous of which was Paulinho in the 76th minute, but the substitute goalkeeper Scott Carson, who entered instead of Brazilian Ederson a few minutes before with the aim of resting the latter Shine and save the situation.

Sporting tried to return from the “Al-Ittihad Stadium” with a moral victory, and pressed in the last minutes, but to no avail.

Tags: a fourth, City, equalize, final, Manchester, Sporting, to me, With