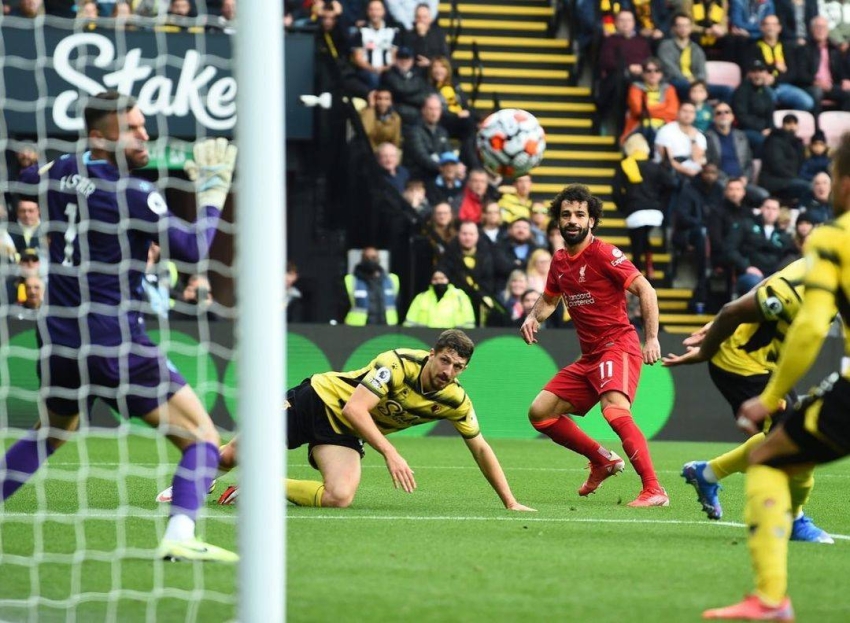 Liverpool is counting on its brilliant Egyptian star, Mohamed Salah, who coach Jurgen Klopp described as “the best player in the world right now” when he is a guest of Atletico Madrid in the third round of the European Champions League football competition, in which Paris Saint-Germain is playing a relatively easy match against German Leipzig.

Salah shines remarkably this season after scoring 10 goals in 10 games, and Liverpool enters with a near-perfect record in various competitions this season, as he won 6 matches and drew in two in the English Premier League, and won in his two matches in the Champions League competition, and if he was destined to win. At Atletico in the last home of the Wanda Metropolitano stadium, it will take a big step towards reaching the round of 16 of the continental competition.

Several factors contributed to Liverpool’s return to playing the first roles this season, most notably the stability of its defense line, which suffered a lot last season with long-term injuries to three pillars, namely Dutchman Virgil van Dijk, Cameroonian Joel Matip and Joe Gomez. The offensive line also regained its effectiveness after the decline in the level of the trio of Salah, Mane and Brazilian Roberto Firmino.

As for Atlético de Madrid, the Spanish champions last season, in turn, he is counting on the veteran Uruguayan attacking duo, Luis Soares, the former Liverpool scorer, and the Frenchman, Antoine Griezmann, who returned to him after two unsuccessful seasons with Barcelona.

In the same group, Porto meets with AC Milan, both of whom raise the banner of victory, because a tie will keep them away from competing for one of the two qualifying cards for the next round.

And Porto has one point for nothing for Milan, which is returning to continental competitions after a long absence.

In the first group, Paris Saint-Germain receives its counterpart Leipzig at the Parc des Princes in the French capital in an easy task, but he will miss one of the ribs of his striking attacking force, the Brazilian Neymar, “for aches in the adductor muscle he has suffered since his return from the national team,” according to what he reported yesterday. On Monday, the Parisian club revealed, through its Argentine coach, Mauricio Pochettino, that the latter’s citizen, Leandro Paredes, had injured the “right thigh muscles” during his participation with his country as well. And in the absence of Neymar, Saint-Germain is counting on Argentina’s Lionel Messi and Kylian Mbappe.

The team had achieved a moral victory over its main rival, Manchester City, in a match that saw Messi score his first goals since his move to the capital of lights last August.

In the second match, City will be a guest of Brugge, who is leading by a point, and therefore there is no room for “Citizens” to forfeit any point.

In the third group, Ajax receives Borussia Dortmund at the Johan Cruyff Arena in an attempt to break the partnership between the two after winning the first two matches.

In a second match, the two wounded Besiktas will meet with Sporting in order to put the first points in their account. Sheriff Tiraspol of Moldova, the surprise of the Champions League so far, wants to add a new victim to his record when he visits Inter Milan.

On the other hand, Real Madrid seeks to restore its balance by returning the three points from its match with Shakhtar, relying on the goals of the veteran French Karim Benzema, who is remarkably shining this season.