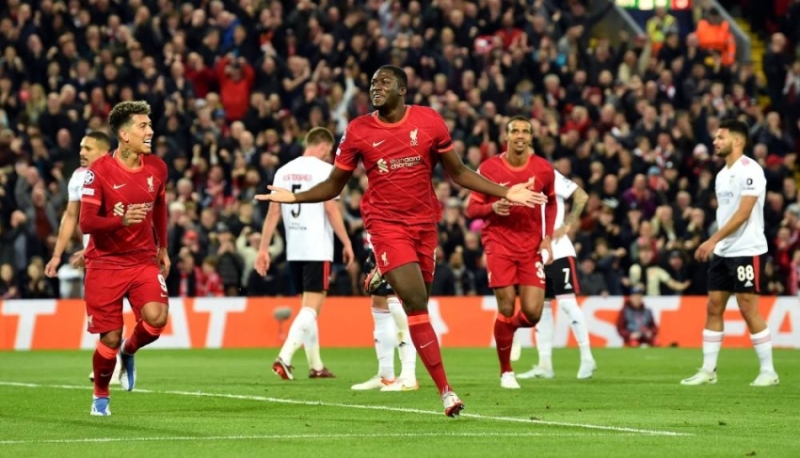 Liverpool managed to reach the semi-finals of the Champions League, after a difficult match against Benfica, Portugal, on Wednesday evening.

Liverpool drew 3-3 with Benfica at Anfield, in a match that Egyptian Mohamed Salah and Senegalese Sadio Mane did not participate in.

French defender Ibrahima Konate scored the first goal for Liverpool, in the 21st minute, and Gongalo Ramos equalized for Benfica in the 32nd minute.

Brazilian Roberto Firmino starred for Liverpool, in the second half, and scored two goals, before Benfica returned through Ukrainian Roman Yarmochuk and Uruguayan Darwin Nunez.

Liverpool had won the first leg 3-1 in Lisbon, which means that the aggregate of the two matches is 6-4.

Liverpool missed the semi-finals of the most expensive tournament during the past two seasons, when Atletico Madrid eliminated them from the round of 16 in 2020, and Real Madrid from the quarter-finals in 2021.

Liverpool will meet the “surprise of the championship” Villarreal in the Champions League semi-finals, on April 26 and May 3.

Villarreal had set off a resounding surprise, by excluding German champion Bayern Munich from the quarter-finals, to set up a date with the “Reds”.

Tags: account, Benfica, Cyclic, Half, heroes, Liverpool, On, Qualify, to me, ultimate