Live. The recap of the night, Belarus ready for talks between Moscow and Kiev 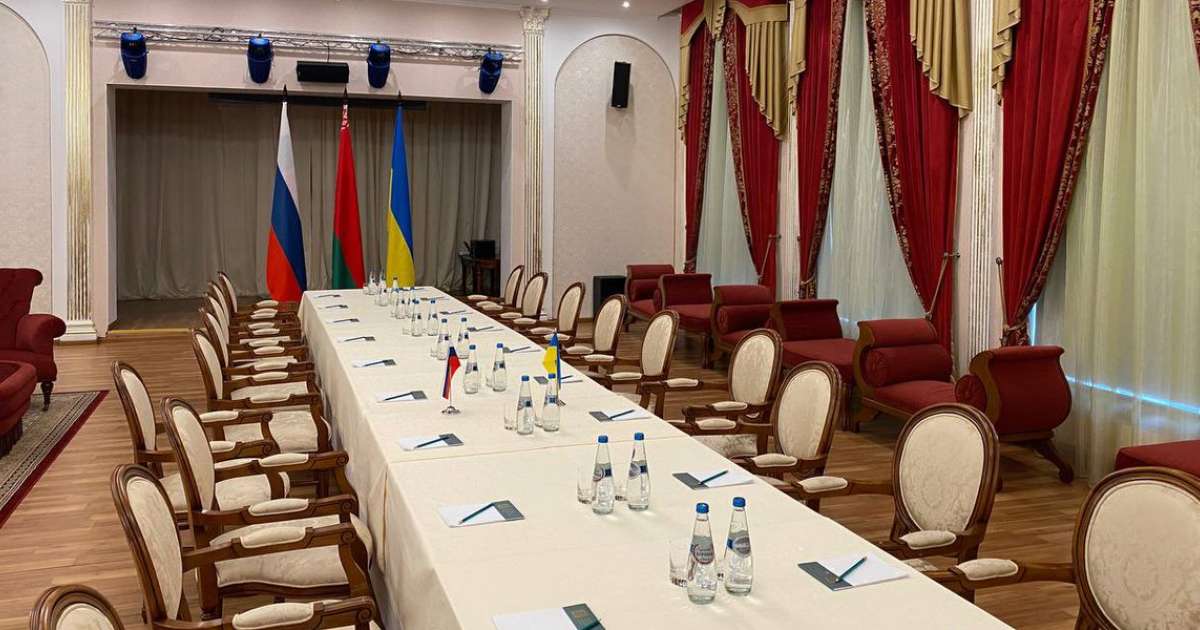 On the fifth day of the Russian invasion of Ukraine, fighting continues in the country. Vladimir Putin wielded his “deterrent force” on Sunday, or nuclear weapons, causing a global haro. International sanctions have also been reinforced: Westerners are seeking to asphyxiate Moscow by banishing Russian banks from the Swift system in particular.

On Sunday, Ukraine accepted the idea of ​​negotiations with Russia, although it said it would not “not too believe” that these can put an end to the Russian invasion. Talks could take place between Kyiv and Moscow on the border with Belarus.

The Russian negotiator said he wanted to find ” a deal “ with Kyiv during the planned talks between the two countries in Belarus.

8:50 a.m. Kiev under tension but still in Ukrainian hands

In the aftermath of the nuclear threat brandished by Vladimir Putin, the Ukrainians are resisting fiercely against the Russians. Kiev remains in the hands of the government of Volodymyr Zelensky. The Europeans have, for their part, promised the Ukrainian president to provide ammunition to his army.

Russian Defense Ministry spokesman Igor Konashenkov claimed the ” air supremacy » throughout Ukraine. He also accused the government of Volodymyr Zelensky of using the people of Kiev as ” human shield “.

“All civilians in the city can leave the Ukrainian capital freely through the Kyiv-Vassylkiv highway”southwest of the capital, he added in this televised address.

The French president convenes a new defense council devoted to Ukraine at 11 a.m. “This defense council is a follow-up to the council on Saturday February 26, during which important decisions were taken”specifies the Elysée.

The Russian central bank has announced that it will raise its key rate very sharply, by 10.5 points, to 20%, to deal with the severe economic sanctions decreed by the West. “The Bank of Russia will make further decisions on the key rate based on an assessment of the risks associated with external and internal conditions and the response of financial markets to these risks”said the monetary institution, quoted by Russian news agencies.

8:05 a.m. Russia “slows the pace of the offensive” according to Ukraine

The price per barrel of WTI crude oil jumped more than 6% and Brent more than 5%. Operators are increasingly worried about an energy crisis after new Western sanctions against Moscow.

After international powers imposed new, tougher sanctions on Russia, the ruble crashed by 27%. It was listed Monday at 114.33 rubles per dollar in international trade, according to Bloomberg News.

7:40 a.m. France calls on nationals to leave Russia and Belarus

All French nationals passing through Russia and Belarus must now “leave without delay” the two countries. “Due to the increasing restrictions on air traffic between Russia and Europe, it is strongly recommended that French people passing through Russia (tourists, visitors, students, professionals on mission) make arrangements to leave the country without delay. by existing air links”explains the Ministry of Foreign Affairs in a press release, calling for “defer any travel to Russia”.

Furthermore, “in the context of military tensions between Ukraine and Belarus and the closure of Belarusian airspace, any travel to Belarus is formally discouraged”according to travel advice for Belarus.

7:35 a.m. The European Union closes airspace to the Russians

EU airspace is now closed to Russian airlines, in retaliation for Moscow’s invasion of Ukraine, a move also taken by several non-EU European countries and Canada.

“We propose (to the Twenty-Seven) to ban all planes belonging to Russians, registered in Russia or controlled by Russian interests. They will no longer be able to land, take off or fly over EU territory,” said Commission President Ursula von der Leyen.

Follow minute by minute the latest developments dedicated to the invasion of Ukraine by Russia.