“Les Intranquilles”, the couple put to the test of illness 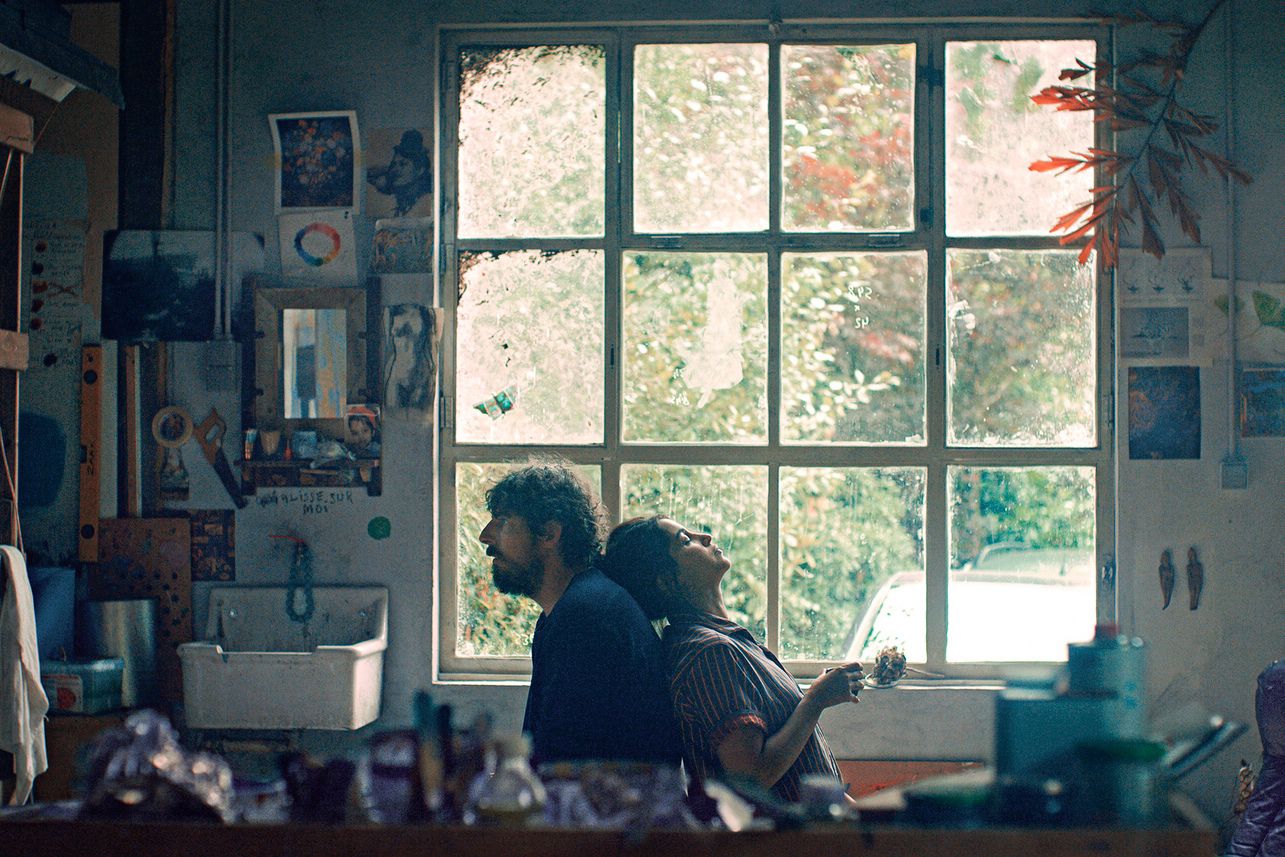 From the first scene of the film, something is wrong. A diffuse feeling of unease creeps into the idyllic image of this couple bathing in the clear waters of the Mediterranean. An “uneasiness” that we perceive in Leïla when her husband Damien plunges into the waves from his boat only to reappear a few hours later. False alarm. And yet, there is something wrong with the behavior of Damien, a tormented artist about to complete a series of paintings for an exhibition.

He gets up in the middle of the night to repair a Solex, goes to the market in the early morning, gets busy in the kitchen to receive his gallery owner, and explodes when he discovers that he has forgotten the ice creams for dessert. The actor Damien Bonnard, who studied Fine Arts, is impressive in this first part where he interprets his character in the middle of a manic phase, when the frenzy of creation gradually gives way to disinhibition and then to incoherence, in the face of an entourage helpless in the face of the inevitable outcome of the crisis. Because Damien is bipolar and refuses to take his medications on the pretext that they restrict his creativity. Then the phases of depression follow the phases of excitement, under the worried gaze of his wife and son.

A subject rarely shown on screen so bluntly

With his new film, the Belgian Joachim Lafosse, who has lived the experience of this disease in his close entourage, signs a poignant family drama around a subject rarely shown so bluntly on the screen. But as a careful explorer of the intimacy of couples, the director is less interested in the disease itself than in the way in which it will gradually destroy the bonds that united this family, despite the love still intact. The gaze, first focused on Damien, switches in a second part to Leïla (Leïla Bekhti) and Amine (Gabriel Merz Chammah).

Despite a move and the hope of a new start, the cycle begins again, chaining violence, arguments, and wearing out Leïla’s last treasures of confidence and patience. Their son is more and more terrified by this unstable father, when he does not simply make him ashamed like the day when he arrives in his class in full course with a basket of croissants for the students.

In the sobriety of the staging, the progressive inversion of the point of view, the intensity of the play of the two main actors and the gentleness with which the camera coats the characters, we find the qualities of filmmaker of Joachim Lafosse already appreciated in THE’écouple economy Where to lose reason. A modesty and a delicacy which, despite the fear, takes us alongside his heroes and their sufferings.