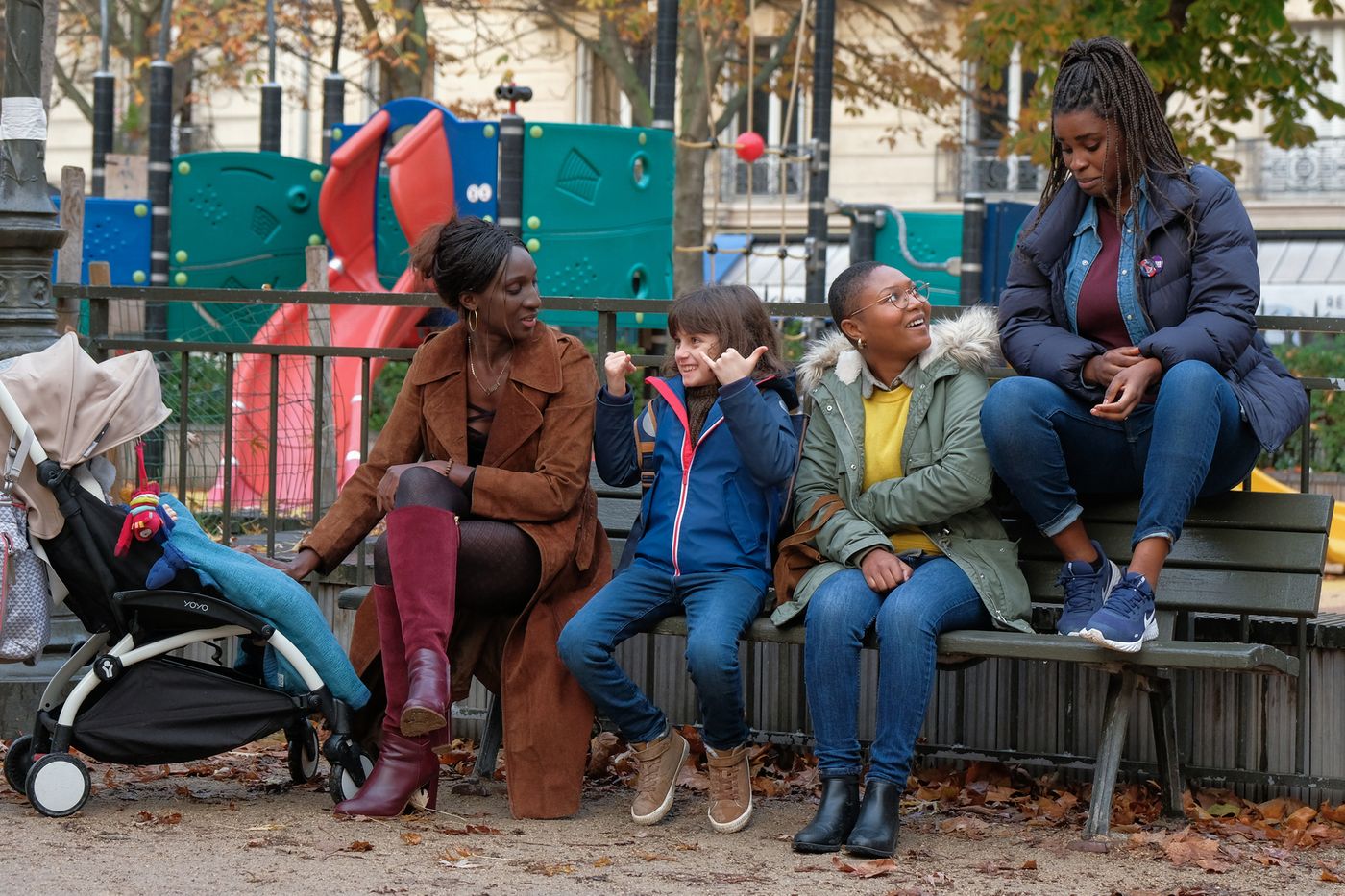 The Women of the square **

Angèle, an Ivorian, lives off petty dealings in Paris and the suburbs. Her art of chatting has always got her out of trouble, but her latest sleight of hand exposes her to reprisals. To get out of the viewfinder of the bosses of her city, she gets hired thanks to Wassia (Bwanga Pilipili), her neighbor, at Hélène (Léa Drucker), a wealthy woman in the middle of a divorce.

Angèle keeps her children, Arthur and baby Marius, in exchange for a small salary and a room under the roof. In the square where the neighborhood nannies, often irregular migrants, meet, Angèle stands out with her flashy look and her nerve. When she discovers the abuses of Wassia’s employers, she takes it into her head to right the wrongs with her joyful gab and her ironclad self-assurance.

With That’s life, his previous film, Julien Rambaldi showed his ability to lead a lively choral comedy on the premises of the birth of five women with contrasting profiles. In The women of the square, it builds a more linear narrative without losing verve or rhythm. He entrusts the main role to Eye Haïdara who proved in The sense of celebration by Éric Toledano and season 2 ofIn therapy of Olivier Nakache and Éric Toledano his ability to interpret strong personalities with raw sensitivity. She embodies a charismatic Angèle as hell and in the sense of a ruthless repartee.

In the wake of Louis-Julien Petit’s films (Discount, The Invisibles, The Brigade), Julien Rambaldi tackles a strong social subject through humor: the place of home childcare, which is all the more precarious as they are clandestine. Sadly ironically, they frequently left their own children in their country of origin to work in France. Even though they take care of what is most precious to their employers, their offspring, and take on a thousand other tasks, they remain largely invisible to them.

In The women of the square, it is Arthur who sees beyond the mirror. The shy child guesses behind Angèle’s bagou his wounds. She helps him to create an armor, he helps her to split his. Beyond the beautiful relationship that is emerging between them, Angèle engages in a fight for the women of the square that goes beyond her, supported by the lawyer of one of the employers. If the plot does not avoid Manichaean tones, it nevertheless evokes in an interesting way the care (care) given to racialized women and its contradictions.