“Josep”, an animated film against the forgetting of the Spanish exiles 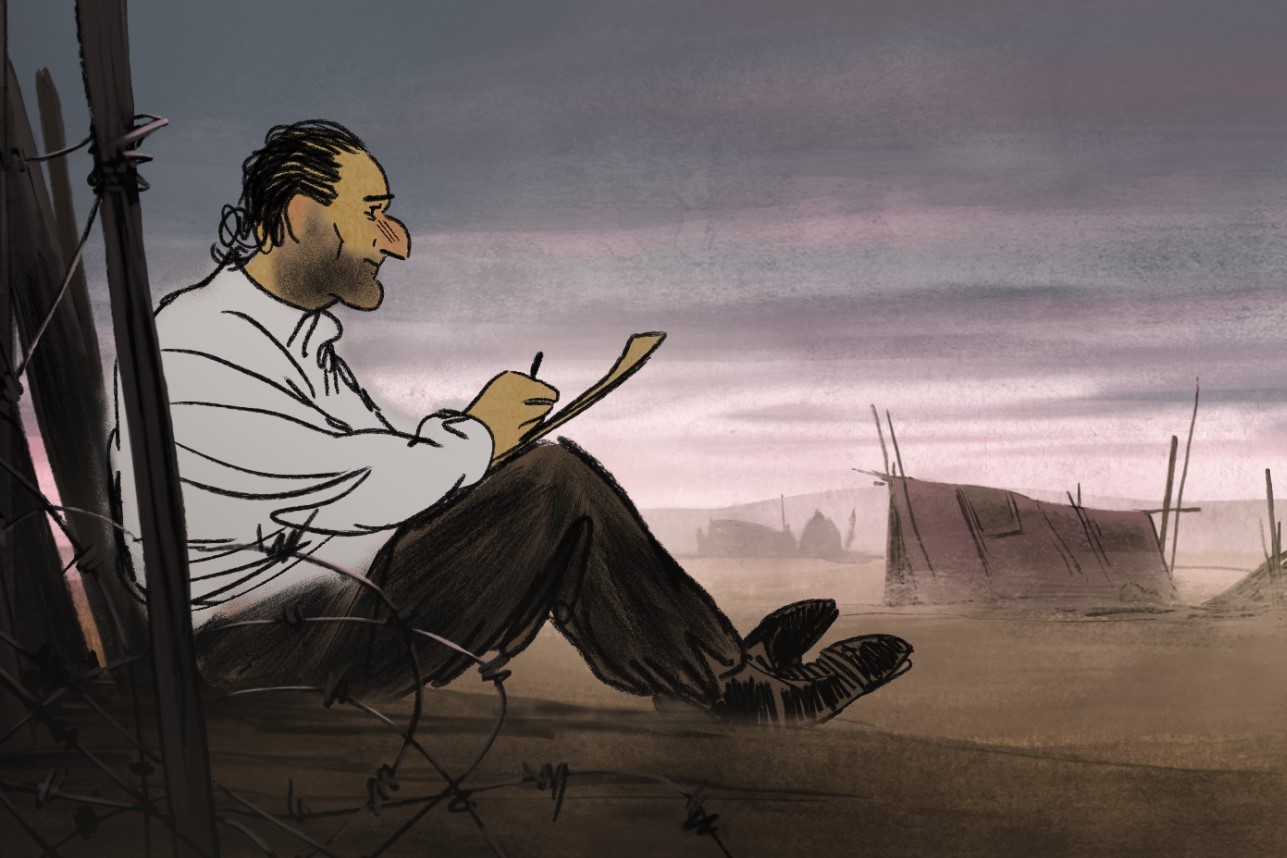 The events recounted are over 80 years old, but they are very topical. A few days after the attack in front of the former premises of Charlie hebdo and in the midst of the January 2015 terrorist attacks, Josep comes to reiterate the inextinguishable will of the designers to testify, denounce, rebel by the force of their line.

Josep Bartoli’s was fierce. Barcelona cartoonist and member of the Catalan Communist Party, at the age of 26, he engaged in the defense of the Spanish Republic against Franco’s troops, arms and pencils in hand. At the end of the Spanish Civil War in February 1939, he came to seek refuge on the other side of the Pyrenees, which he crossed on foot and under the snow, in the company of 450,000 other Spanish exiles fleeing the dictatorship. This is the start of the “Retirada”, from which France does not really grow up …

Upon arrival, soldiers are stripped of their weapons, but civilians are also stripped of their jewelry and money. Josep Bartoli and his companions in misfortune are interned in improvised camps on the beach, in total destitution. They sleep on the floor, barely fed, exposed to scabies, scurvy and typhus. Bartoli sketches all this into his notebooks with a harshness that is not unlike that of Goya in his series of engravings on Disasters of war.

The testimony remains in oblivion for a long time when Aurel, also a press cartoonist, discovers it in a book that Georges Bartoli devoted to his uncle (1). Hispanophile, passionate about the Spanish Civil War since he saw Land and Freedom by Ken Loach (1995), Aurel finds in the fate of Josep Bartoli the stuff of a great story to tell.

To anchor it in today’s world, the director calls on Jean-Louis Milési, Robert Guédigian’s favorite screenwriter (Marius and Jeannette, 1997), who, without ever losing sight of the clarity of the story, weaves a complex web multiplying the flashbacks between present and past, according to the memories given by an old man to his grandson. Who is this character ? Is it Josep Bartoli, now old, or his French friend, one of the rare gendarmes to have been sensitive to the plight of the Spanish exiles? The confusion is cleverly maintained to intrigue the viewer, plunged into a complex era where the line is not always clear between heroes and bastards.

Film on memory and its transmission, Josep is also a wonderful tribute to the efficiency of the drawing line, to his ability to say everything in a few strokes of the pencil and on a single page. Certain sequences are therefore deliberately not very animated, almost jerky to evoke the flickering memory of the witness. Surprising at first, this bias of a ” cartoon movie », As Aurel describes it, also linked to budgetary constraints, is judicious since it underlines the evocative power of graphic art. Josep even ventures to the edge of abstraction by offering camp settings sublimated by large trails of ocher and black which imprint the retina for a long time.

Aurel’s film is not for all that desperate, granting itself many moments of grace, such as these touching scenes of dance and flirtation on the boards of a barracks … It also shows that the Spanish artist was able to reconnect with the warm colors of love, after his flight to Mexico. There he meets Frida Kahlo who invites him to swap pencil for brush, black and white for green and red, fear for hope.

This return to life is carried by the Spanish singer Silvia Pérez Cruz, who lends her velvety voice to the famous Mexican artist, and who composed the sweet and heady melodies of this very beautiful film.

La Retirada, the exile of the Spanish Republicans

January 26, 1939. After three years of civil war, Franco’s troops entered Barcelona, ​​the last territory in the hands of the Republicans. It was the beginning of the Retirada, the “retreat” of 450,000 refugees.

January 27. France opens the border to women, children and the wounded fleeing Spain. They are directed to accommodation centers in 70 departments.

February 5. The border is open to soldiers and able-bodied men interned in makeshift camps.

February 13. With the closure of the border, the exodus is over, but the internment lasts several more months.

June 1940. The main camps will be taken over by the Vichy government.

February 24, 2019. Pedro Sanchez is the first Spanish head of government to pay tribute to Franco’s exiles.