Inter puts an end to Juventus’ dominance … and culminates in “Calcio” 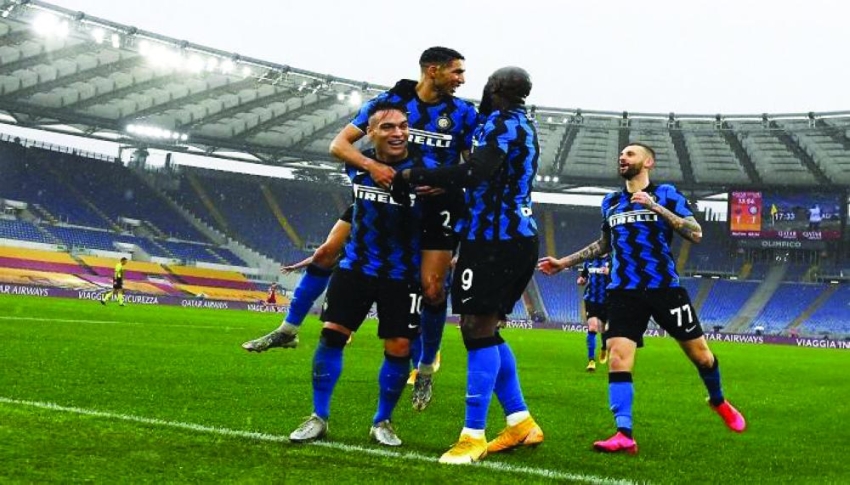 Inter club put an end to Juventus’ nine-year domination of the Italian soccer league title, winning their nineteenth title in Serie A on Sunday after runner-up Atalanta drew 1-1 at host Sassuolo. Milan’s team tasted the taste of the league for the first time since 2010, when Jose Mourinho led them to a rare hat-trick in the League, the Domestic Cup and the Champions League. Inter secured the title four stages before the end of the league, its first in all competitions since it was crowned the domestic cup in 2011, solo in the historical second place after Juventus (36) and ahead of its neighbor Milan (18). Atalanta was the only team capable of postponing Inter’s crowning of the first title since 2010, after “Niratsuri” victory on Saturday against its host Crotone 0-2. And Antonio Conte’s side moved 14 points ahead of Atalanta after Saturday’s victory, and it was necessary for the latter to stumble by a draw or defeat against Sassuolo in order to win the title four stages before the end of the season. Inter won what they wanted on Sunday and succeeded in breaking Juventus’ monopoly on the title for nine consecutive seasons, since they were 13 points ahead of Atalanta with the advantage of two direct confrontations also between the two teams.