“I want my Bear”: at the Berlinale 2022, Isabelle Huppert rewarded for her career 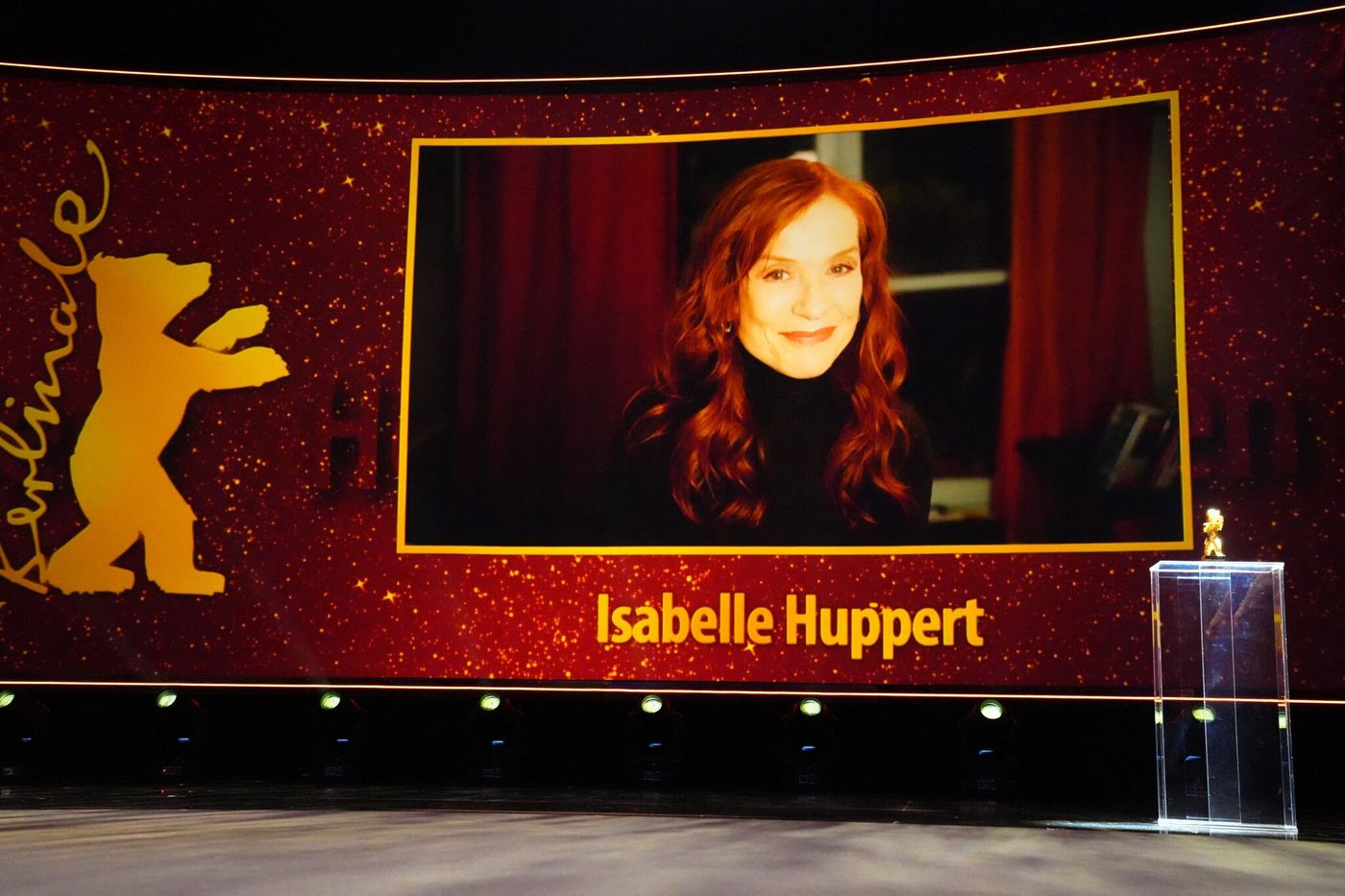 It was in a black turtleneck and from her home in Paris that Isabelle Huppert appeared on the screen at the Berlinale Palace on Tuesday evening. The French actress should have been in the flesh on this same stage to receive the Golden Bear of honor that the festival management devotes to her for her entire career.

Before her, Sophia Loren, Kirk Douglas, Helen Mirren or Meryl Streep received this famous Bear. But now, the Covid has been there, and a positive test prevented the actress from making the trip to Berlin. It is therefore by interposed cameras, but live, that Isabelle Huppert received her reward, visibly moved. “I want my Bear”, she said, childishly, specifying however “not to be alone: in this room tonight are the 125 directors I’ve worked with and all the women I’ve playedshe notes. There’s no greater adventure for an actress than being cast.” she also whispers, in English.

Cinema as an art

If the Berlinale rewards Isabelle Huppert with a Bear of Honor this year, it is as Carlo Chatrian, artistic director, will say, because she embodies “commitment to cinema as an art form. She is both a glamorous actress and an engaged actress who chooses projects that go against the tide, who chooses characters that challenge our visions of women and humanity,” he summarizes. “She is one of the most versatile character actresses with an exceptional body of work of more than 150 films, television films and series, but she is also a passionate theater actress who plays in France and outside France”, adds his colleague Mariette Rissenbeek, director of the Berlinale.

His last film in world premiere

Accustomed to this festival in which she has participated on many occasions, Isabelle Huppert should have presented her latest film there this year, About Joan, by director Laurent Larivière, screened in world premiere on Tuesday evening. She embodies a publisher and mother remembering her life, her dramas and her pains, between flashbacks and imagination. An intense feature film, shot in the midst of a pandemic between France and Germany.

“Isabelle Huppert is such a revelationlaunches on stage his partner in the film, the German actor Lars Eidinger. It shows itself in such complexity. When we see her play, she does nothing but expresses everything,” he marvels. Due to health restrictions, the hall of the Berlinale is half full but applauds with redoubled force. On the screen, Isabelle Huppert has tears in her eyes.