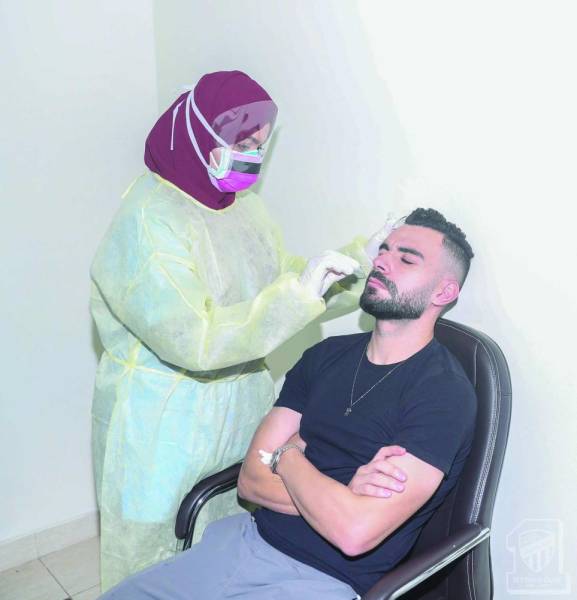 The Brazilian Bruno Henrique, the professional of the new club Al Ittihad, has undergone medical examinations, according to the medical procedures followed, related to the Corona virus, and the player is scheduled to undergo a 48-hour health isolation.

The player will be available to enter the team’s group training, starting tomorrow, Friday, if his safety is completely confirmed.

Henrique arrived in Jeddah on Wednesday, and Al-Madina was marked by the player’s arrival in a previous issue.

On the other hand, Argentine club Rosario Central threatened to resort to the International Football Association, with a complaint against Al-Ittihad, due to the delay in paying a payment of the Argentine club’s dues from the deal for Leonardo Khel.

The Jeddah Federation signed a contract with Leonado Ghel in December 2019 for a period of three years for a million and a half dollars, before they loaned him a few days ago in the current summer Mercato to the Brazilian club, Vasco de Gama.

According to the Argentine newspaper “TYC SPORTS”, Argentine club officials are demanding $ 500,000 representing the value of one of the deal’s payments, and the Jeddah Federation has not yet paid it.

Rosario Central will start a friendly tour this week with their Etihad counterparts, before they actually start escalating by resorting to FIFA.

In terms of preparations for the start of the league, the Federal Team, today, Thursday, is going through its latest experiences against the Al-Okhdood team, as the coach of the Federal Team Fabio Carelli seeks to finalize the game plan with which he will enter the agreed match scheduled in the first round of the Prince Mohammed bin Salman Professional Cup League Next Sunday.