Gundogan leaves, Klopp rejects Mbappe and Arsenal out of the Champions League 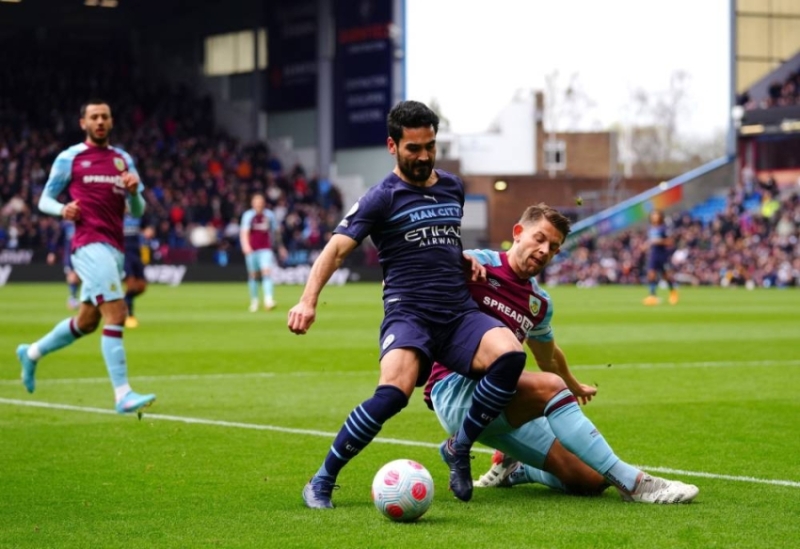 And the British newspaper “Daily Mail” reported on Monday evening that Gundogan, 31, has the freedom to search for another team this summer, knowing that his contract with Manchester City lasts until 2023, but an extension for him is unlikely.

While Liverpool coach Jurgen Klopp revealed that his team does not ignore the potential of Kylian Mbappe, but he will not enter the struggle to include the Paris Saint-Germain striker. The French striker continued in the ranks of Paris Saint-Germain this season, despite Real Madrid’s interest in his inclusion, and presented his best level after scoring 36 goals in 45 games in all competitions.

The 23-year-old World Cup winner’s contract expires in June amid speculation about his future in recent weeks, while Klopp did not talk about any contact between the player and Liverpool. “Of course we are interested in Kylian,” Klopp told reporters ahead of Tuesday’s Premier League match against Southampton. We are not blind, I have nothing to say about the reports of communication between Killian and Liverpool .. everything is fine.

Klopp’s comments come with Liverpool trying to reach an agreement to extend the contract of top scorer Mohamed Salah, while reports stated that fellow striker Sadio Mane had received some offers to leave. “Of course we love Mbappe, if you don’t like him, you have to doubt yourself, but we can’t be part of this struggle,” Klopp said. There should be other clubs involved, and that’s fine. He is a great player. If Liverpool win on Tuesday, they will be one point away from leaders Manchester City before the final round matches.

On the other hand, Arsenal coach Mikel Arteta was very disappointed after the 2-0 loss to Newcastle United in the English Premier League on Monday evening, as he said that this performance was not close to the level required to qualify for the Champions League.

Arsenal defender Ben White scored an own goal, and Bruno Guimaraes added the second goal for Newcastle, leaving the loser two points behind fourth-placed rivals Tottenham Hotspur before the final round. Arteta told Sky Sports: “It is very disappointing that Newcastle were 10 times better than us, and the performance was not close to the level that we need if we want to play in the Champions League, it hurts.” It used to be in our hands, but it’s not like that anymore.

The Spanish coach had suffered a difficult start to the season before leading Arsenal to advance to the qualification spots for the Champions League, but he said that he bears responsibility for any failure on the field. And Arteta told reporters when asked about his frustration with his players: “I am responsible all the time, if someone made the exception this year in a way that no one expected at the beginning of the season, it is this squad of players, and I will defend them constantly, but tonight things were really difficult.” . With a goal difference behind, Arsenal need a win against Everton on Sunday, along with a victory for Norwich City, who were relegated to the second tier, against Tottenham Hotspur to snatch fourth place.

Tags: and Arsenal, and club, Cyclic, go away, Gundogan:, He refuses, heroes, Mbappe, Outside