Germany wants to lift some restrictions for people vaccinated 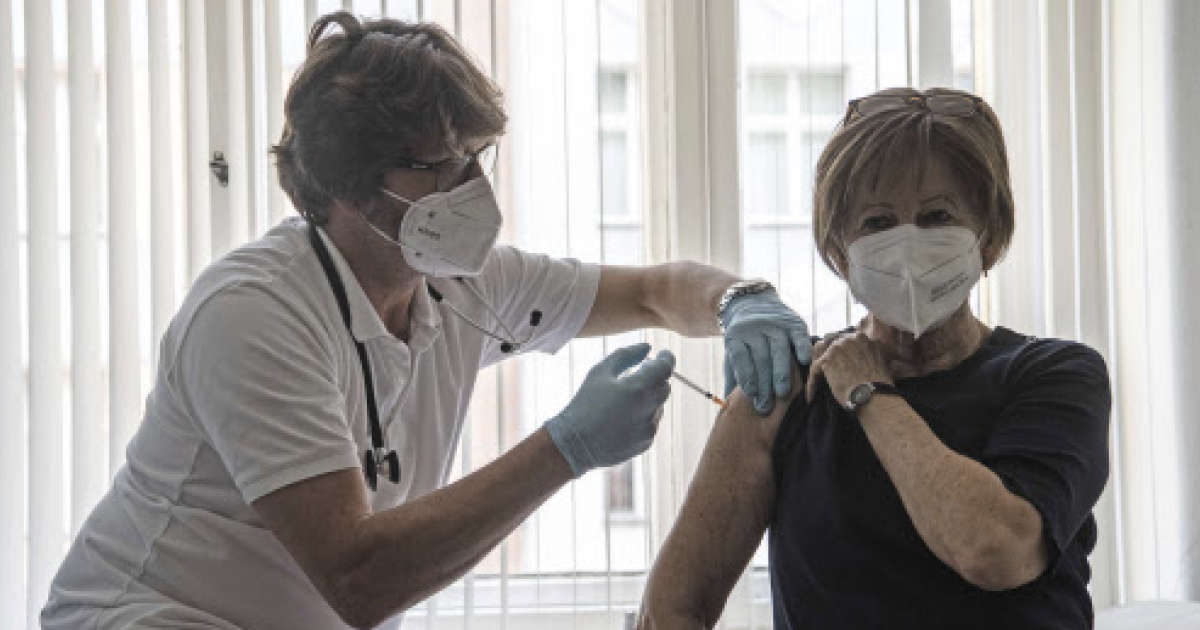 Germany will initiate a return to normal for people vaccinated against Covid, with the lifting of restrictions such as curfews or restrictions on private meetings. The government of Angela Merkel adopted this Tuesday, May 4, an order relaxing the restrictions in force for months, for people who have received two doses of the vaccine, reports AFP.

Should the vaccination be open to everyone?

Parliament still has to vote Thursday and Friday on this text. If adopted, these relaxations could begin as early as this weekend for more than 7 million people.

Those concerned will not have “No longer need a negative test if they want to go shopping, go to the hairdresser or visit a botanical garden, for example”, detailed the Minister of Justice, Christine Lambrecht. The curfew, recently introduced from 10 p.m., will no longer apply to these people either. They may also “Meet in private without restrictions”, she added.

Sonly 8% of the German population have so far received two injections, ie more than 6.7 million people. And nearly 24 million have received a dose, according to the Robert Koch health watch institute.

“We are at the end of the line and the body says stop”: in the hospital, the Covid is “a tunnel whose end we do not see”

Several hundred thousand injections are performed every day in Germany, whose vaccination campaign has reached, after a sluggish start, a high rate thanks in particular to the involvement of general practitioners, recalls AFP.

“We had to restrict basic rights during the health crisis to protect life and health. It was extremely painful for me as Minister of Justice ”, confided Christine Lambrecht. “I have also always said that fundamental rights must be restored when their restriction is no longer justified”, added the Social Democratic Minister.

Germany, hard hit by a third epidemic wave this winter, has adopted many restrictions for several months: closure of bars, restaurants, cultural venues and sports venues, non-essential stores, or even drastic limitation of private meetings and implementation of a night curfew, recalls AFP.

Unlike many European countries, the government has not yet presented a timetable for the reopening of these places.

“People are fed up and say ‘too bad'”: how our relationship with death has changed with the pandemic

“The drop in infection rates and the fact that more and more people are getting vaccinated gives me confidence that we can move quickly to other stages of opening up.”, concludes Christine Lambrecht, stressing however that “The pandemic is not yet over”.

Without waiting for the adoption of these relaxations by parliament, several Länder have taken the lead. Bavaria, one of the regions most affected by Covid for a year, will thus lift meeting limitations and negative test obligations for beneficiaries of the two doses.

To defeat the Covid, it will be necessary to win the battle of the air

More generally, this southern region, among the most touristic in the country, will reopen from Monday, May 10, restaurant terraces and cultural places such as cinemas, theaters and concert halls, if the incidence over seven days remains lower. to 100. The region, which had to give up for the second year in a row the Beer Festival, which usually brings together 6 million visitors, recorded an incidence of 140 on Tuesday.

At the edge of the Baltic Sea, another region, Mecklenburg-Vorpommern, has given the green light for the arrival of owners of fully vaccinated second homes from the rest of the country. However, hotels, campsites and rental accommodation remain closed.