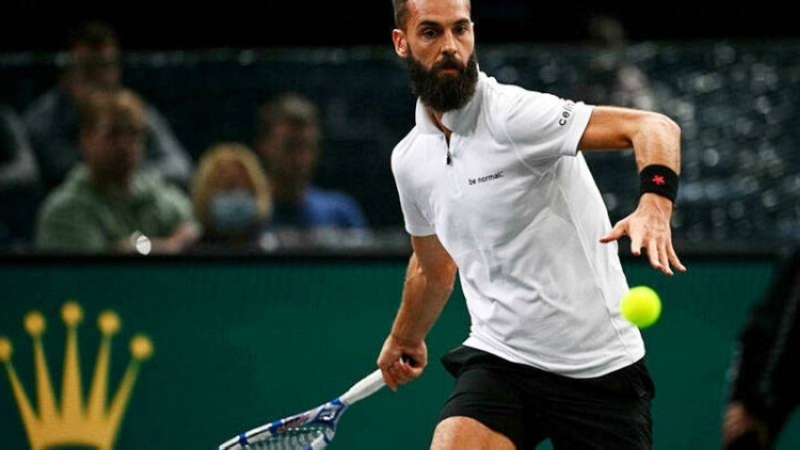 French tennis player “naughty” Benoit Paire announced on Wednesday that he had contracted the Corona virus for the third time, threatening his participation in the Australian Open, scheduled for January 17-30.

And, as usual, the 46th world number one came out with a strange tweet to announce that he was infected with Corona, saying in his account on Twitter, “Good morning, my name is Benoit Bear, and for the 250th time, my result has been positive with Covid! Frankly, I am tired of the damned +Covidkm!!!”.

Bear had previously contracted the Corona virus during his participation in the US Open in 2020, which led to the entry of many players into quarantine in anticipation of infection.

Then the 32-year-old contracted the virus again a few weeks later, while participating in the German championships in Hamburg.

And the Frenchman does not seem to be in a good psychological position because of what is happening with him, saying, “How am I? Because of Covid, I have a runny nose, but because of all this quarantine I spent in a room on the other side of the world, I don’t feel comfortable in my head ( mentally).

He continued, “Last year was difficult and this year started in the same way,” before appealing to the Association of Professional Players “ATP”, by saying, “How will you defend players in my case,” referring to the danger facing the players as a result of their participation in the tournaments.

Tags: Benoit, Ber, corona, for the time, French, get hurt, the third, virus