For $26 million, River Plate sells its jewel to Manchester City 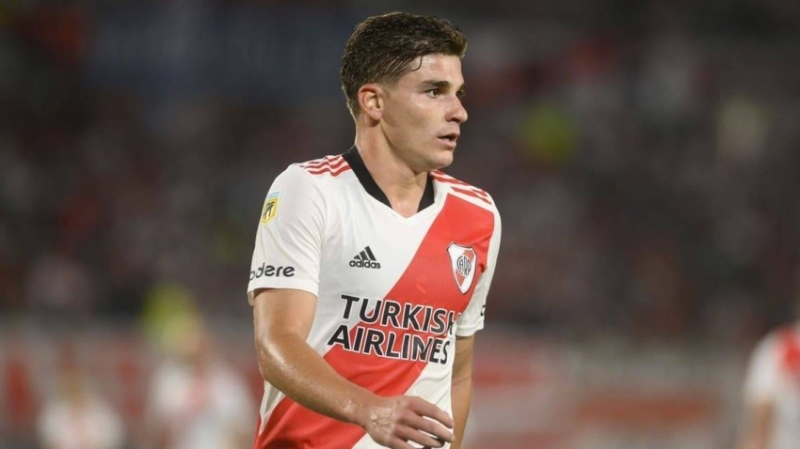 River Plate president Jorge Brito confirmed that City had paid the penalty clause stipulated in Alvarez’s 21-year contract, but confirmed that the transfer would not take place before next July, after signing a loan contract with his club until July 7, with the possibility of continuing until the end of the year, as River Plate qualified. To the final stages of the Copa Libertadores.

Alvarez helped River Plate win the Argentine league title last November when he scored 18 goals and participated in the Argentine national team for the first time last year and was part of the team that won the Copa America in July. Argentine newspaper Ole said that City will pay River Plate $26 million for Alvarez’s services, making it the most expensive player sold by the Argentine club since Javier Saviola moved to Barcelona in 2001. River Plate coach Marcelo Gallardo confirmed the deal, saying: This is a good deal because he will stay with us for a longer period. A little bit and he will join a great team and one of the best clubs in the world with huge financial capabilities.

He continued, “At the moment, City does not need him, so we will not have to look for a player of his quality, which is very difficult.” By signing Alvarez, City strengthens its offensive line after selling Spanish international striker Ferran Torres to Barcelona last January.