Floods: the body of a man found in a submerged car in Grand-Camp – Guadeloupe the 1st 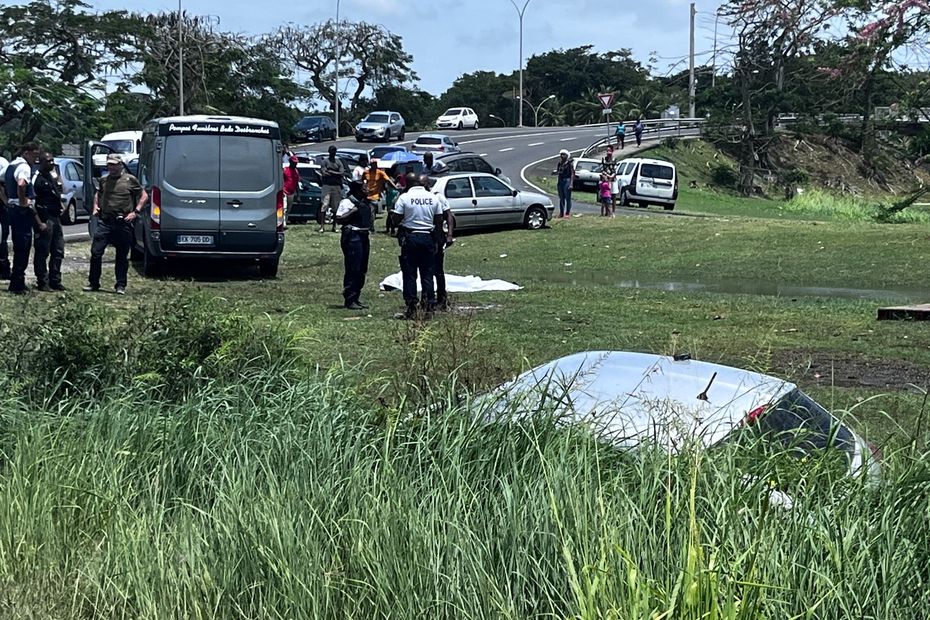 Macabre discovery, in Grand-Camp, this Saturday, April 30. The body of a sexagenarian was found, in his car, trapped in the waters, in the Grand-Camp canal, in Abymes.

Guadeloupe suffered exceptional rainfall overnight from Friday to Saturday, waking up with flooded areas in which the authorities advise against all travel.

Many motorists were surprised by the rising waters overnight. Again this morning, many roads were still under water.

The emergency services very early asked motorists not to cross completely flooded bridges or roads. The risk of being swept away is too great.

This is probably what happened, at the exit of Raizet, in Grand-Camp, this morning. The body of a sexagenarian was found in his partially submerged vehicle.

It was around 9:30 a.m., at the time of a slow decline that the sad discovery was made by witnesses and the daughter of the victim.

According to a witness, the vehicle fell after 7 hours. It was impossible to tell him apart. It was not until mid-morning that several people were able to dive in to help the 61-year-old man.

The victim was found unresponsive. Despite the rescue, she could not be saved.