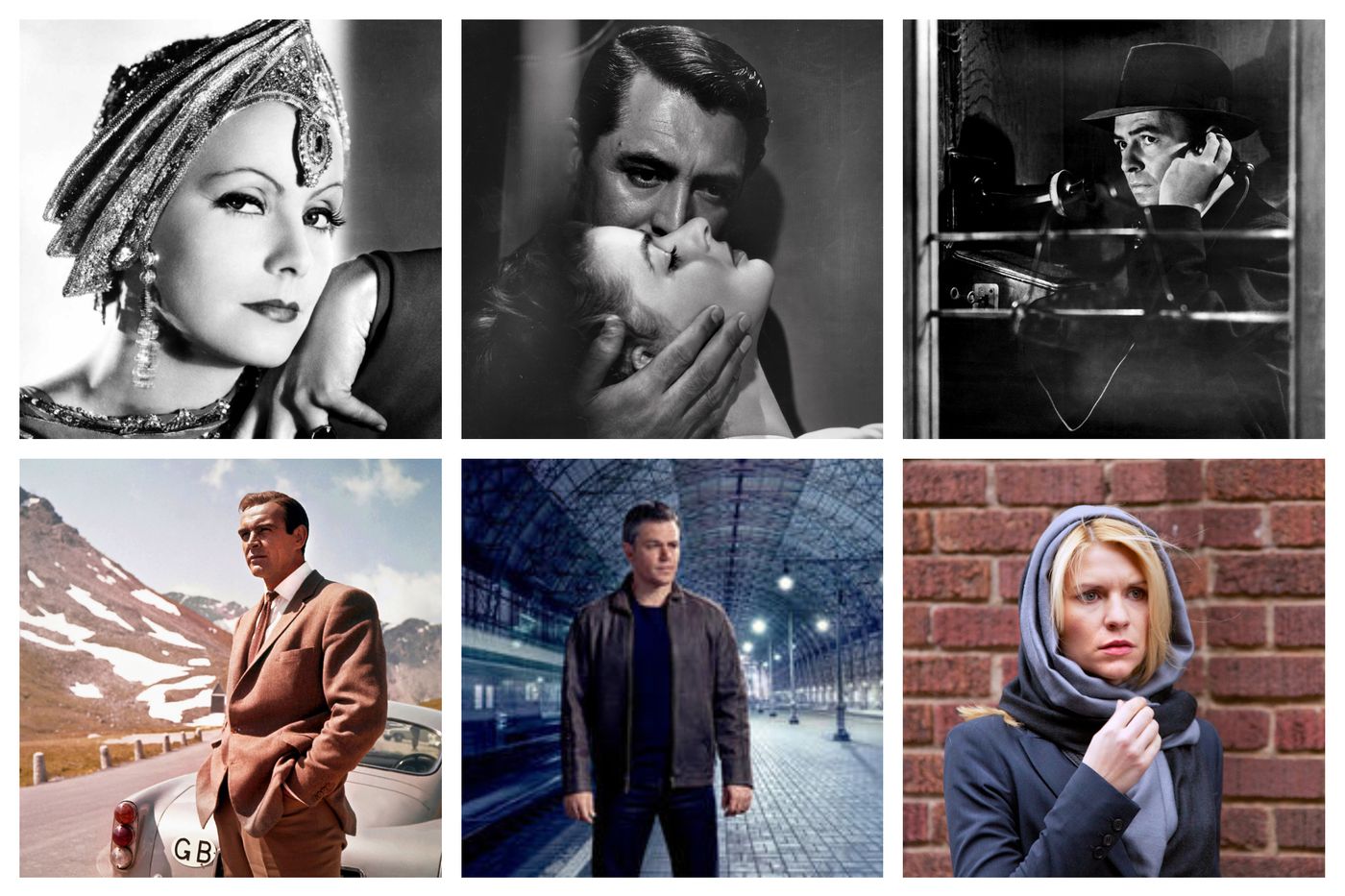 From her real name Margaretha Geertruida Zelle, Mata Hari was born in 1876 in the Netherlands. Married at the age of 18 to an officer, she follows her husband to the Dutch Indies (in Java) and begins a life where tragedy competes with adventure. In the Paris of the Belle Époque, her beauty as an “oriental dancer” triumphed, and Mata Hari (literally, “eye of the day” in Malay) seduced the world of entertainment and politics. The capital is at her feet, but her acquaintances with German officials will precipitate her fall, even if she operates as (at least) a double agent, blurring the tracks. She was sentenced to death for intelligence with the enemy in wartime and shot at Vincennes on October 15, 1917.

This romantic destiny stirs passions and fascinates the cinema. Magda Sonja in 1927, Greta Garbo in 1931 (Photo) and, the same year, Marlene Dietrich in Agent X 27 by Josef von Sternberg, precede Jeanne Moreau in 1964 or Zsa Zsa Gabor in 1972… So many sublime, enigmatic or sensual faces to revive the sulphurous and seductive, the very archetype of the maddening and dangerous spy.

Born Elyesa Bazna, this Albanian, who was the valet of the British ambassador to Turkey during the Second World War, became famous for having communicated to the Germans numerous confidential documents on the strategy of the Allies. Information little used at the time, due to doubts about the reliability of the source and the conflict between the German Foreign Minister, Joachim von Ribbentrop, and Franz von Papen, ambassador to Turkey.

It is one of the most famous spy cases of the post-war period, told in a book by Cicero’s case officer and which Hollywood hastened to adapt in 1952. Director Joseph L. Mankiewicz turned it into a masterpiece of film noir and took some liberties with reality. Prototype of the opportunistic and ambitious spy, Cicero, played by James Mason (Photo), finds herself trapped by the beautiful Polish countess Anna Staviska (played by Danielle Darrieux), whose social events serve as her cover. In reality, Cicero, paid by the Germans in monkey money, will be accused after the war of selling counterfeit money and even sued the German state.

An interminable kiss, the equally drawn-out descent of a staircase… In Notorious (The Chained, in French), Alfred Hitchcock signs some of his emblematic plans. Released in 1946, the film is inspired by a short story by John Taintor Foote. Daughter of a Nazi, Alicia Huberman drowns her discomfort in alcohol and society. Her hostility to the fallen German regime makes her the ideal spy for the American secret services. Alicia will be responsible for infiltrating a network of Hitler aficionados who have taken refuge in Mexico City, until she marries the leader.

In this chilling and romantic film, Ingrid Bergman dazzles in the face of a charismatic, manipulative and soon-to-be-loving Cary Grant. (Photo). Alfred Hitchcock, who had already turned the Swedish-born actress a year earlier in The House of Doctor Edwardes (and will entrust him with the leading role of Capricorn lovers, in 1949), magnifies his face and captures his bewildered gaze. A spy in spite of herself, the antithesis of ultra-prepared professionals devoid of qualms, Alicia lives her mission as a path of redemption. And of perilous reconquest of self-esteem.

Sean Connery poses as James Bond next to his Aston Martin in a scene from the 1964 film ‘Goldfinger’. / Donaldson Collection/Getty Images

It is not because he has the license to kill – the famous “00” of his number – that James Bond does not deploy a charm, sometimes torrid, with women. His macho naturalness appreciates the advantageous plastics, even if their role becomes denser with the years. Born from the imagination of Ian Fleming, in 1952, the spy defender of the “free world” against the Soviet bloc takes, ten years later on the cinema screens, the iconic features and the virile silhouette of Sean Connery (above in Goldfinger). James Bond 007 versus Dr No inaugurates a series of 26 films, where the tuxedo of 007 will be successively put on by the ephemeral George Lazenby, the nonchalant Roger Moore, the flashy Timothy Dalton, the correct Pierce Brosnan and the rustic Daniel Craig.

All bets are off, with the identity of the next Bond being jealously kept secret. Faced with the Martini enthusiast, beautiful cars (equipped with a thousand and one gadgets) and, we come back to it, female conquests, a gallery of “bad guys” psychopaths with planetary, even spatial, delirious ambitions. An undeniable sign of 007’s notoriety, Queen Elizabeth was herself a “James Bond girl” during the London Olympics in 2012!

A fictional character invented by Robert Ludlum and hero of some fifteen novels, this career diplomat specializing in the Far East becomes a spy for the CIA out of revenge after the massacre of his entire family in Cambodia, in the context of the United States’ war in Vietnam. It was completely reimagined during the 2000s, in successful film adaptations, where Matt Damon (Photo) and director Paul Greengrass redefine the codes of action films and the traditional image of the spy in cinema.

Here he embodies an amnesiac hero who gradually discovers his membership in a secret CIA program, Treadstone, which has made him a contract killer. Determined to break with his past, he goes to war with his former employers and tries by all means to escape them. In the post-Cold War era, against a backdrop of globalized intrigue and the security era embodied by George W. Bush, Jason Bourne thus appears as the rebel spy refusing to obey orders he cannot endorse. The series features four films, including the third installment, The Bourne Ultimatumwas a huge success.

After the cinema, the series take over to make spies their heroes – we think of Malotru du Legends Office – and featuring women. The seductive and bewitching spy of the 1930s has become a seasoned field agent. To trailblazer Sydney Bristow in A.k.a succeeded, from 2011, the emblematic character of Carrie Mathison in Homeland.

In a post-9/11 context, this highly qualified figure speaking Arabic and Farsi, sent on a mission to the most dangerous terrains of the Middle East, secretly suffers from bipolarity. And symbolizes all the paranoia that gripped the United States after the attacks on the World Trade Center. Adapted from the Israeli program Hatufimthis series lasted eight seasons, and despite uneven developments, lasted over time thanks to its incredible interpreter, Claire Danes (Photo). “Good riddance Carrie”tweeted the CIA at the end of the series, regretting that his character “accumulate all the clichés” of the spy.