“Element Earth my dear Célestin”, a poetic film about the sounds of nature 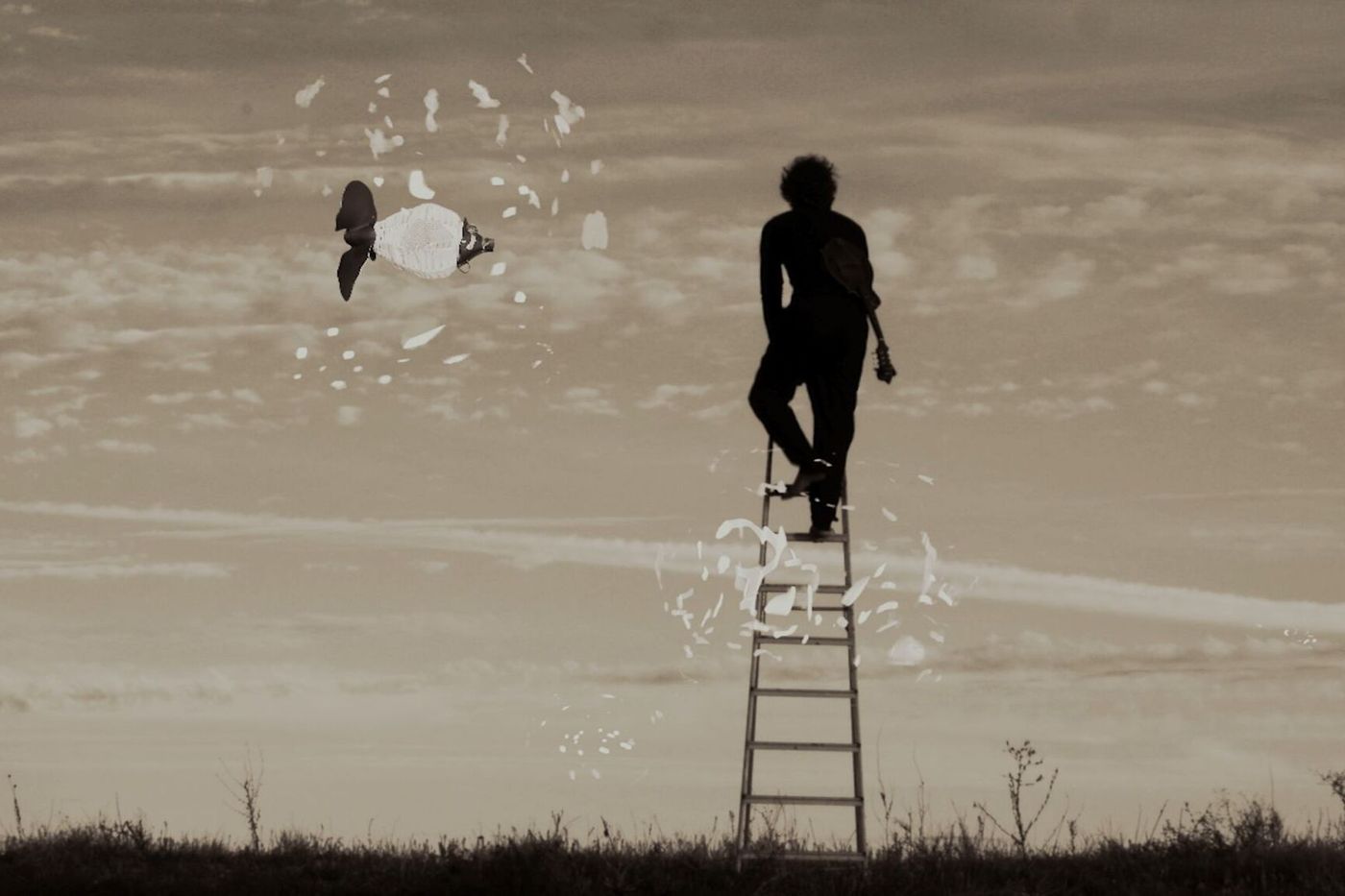 A man walks on a stage filled with instruments. In his hands, a hopelessly empty aquarium. It is with this intriguing image that begins Element Earth my dear Célestin. Directed by the violinist and director Floriane Bonanni, this film brings together the actor and former member of the Comédie-Française, Michel Robin (unfortunately deceased, at the end of 2020), and musicians from the Philharmonic Orchestra of Radio France, Jean- Claude Gengembre and Lucas Henri.

Originally, the project was a “theatrical concert”, commissioned by Radio France for young audiences. It was later adapted into a film, unable to be played due to the pandemic. “I wanted my images to be dreamlike, to make people dream. I wanted to be in the marvelous because we were in a sordid period “, explains the director.

Four acts according to the elements

Michel Robin tells, in front of the camera, the story of the creators of nature’s music. These characters are at the origin of all the sounds emanating from the sky, the earth or the sea. One of them (Jean-Claude Gengembre) lost his fish called Célestin. He therefore goes in search of him with his colleague (Lucas Henri). Divided into four tableaux, according to the four elements (earth, water, air and fire), the film alternates narrative phases and musical interludes composed, arranged and performed by the two musicians.

The work has the gift of adapting to its audience and offers several levels of reading. Children will see it as a musical, zany and poetic tale. “They are not naive. I didn’t want to be in demagoguery or in a sweet universe ”, pleads Floriane Bonanni. For adults, this is a film full of tenderness, a contemplative break in a constantly changing world. If the director assures us that she did not claim to convey a particular message, we cannot help but find an environmental resonance in it.

The musicians-actors play percussion, double bass and mandolin, among others. The palette of instruments allows them to interpret melodies whose concrete sounds are familiar to us: they thus recall lightning, rain but also familiar tunes.

Floriane Bonanni specifies: “We wanted to have fun by introducing nods to the musicians. There are a lot of references taken from the repertoire. “ Several arrangements run through the work: the Pastoral Symphony by Beethoven, Sirens by Debussy or Couperin’s Tomb by Ravel. The theme of the Célestin fish is that of Trout by Schubert played backwards, a subtle detail that even seasoned ears will be hard pressed to spot.

The film was finally released before the theatrical concert could be played. It has met with great success and has won awards in numerous international festivals (Golden Harvest Film Festival, Moscow Russia International Film Festival, Tokyo International Short Film Festival, etc.). “It escapes me a bit. It is an artisanal film, made in only five days of filming. I nevertheless weighted down my musicians with an iron at the bottom of a swimming pool ”, quips the director. She dedicates this success to her friend Michel Robin: “I feel like I’m making him travel. It’s as if he’s going to Tokyo, Athens, Moscow. I know he would have been very happy with it all. “