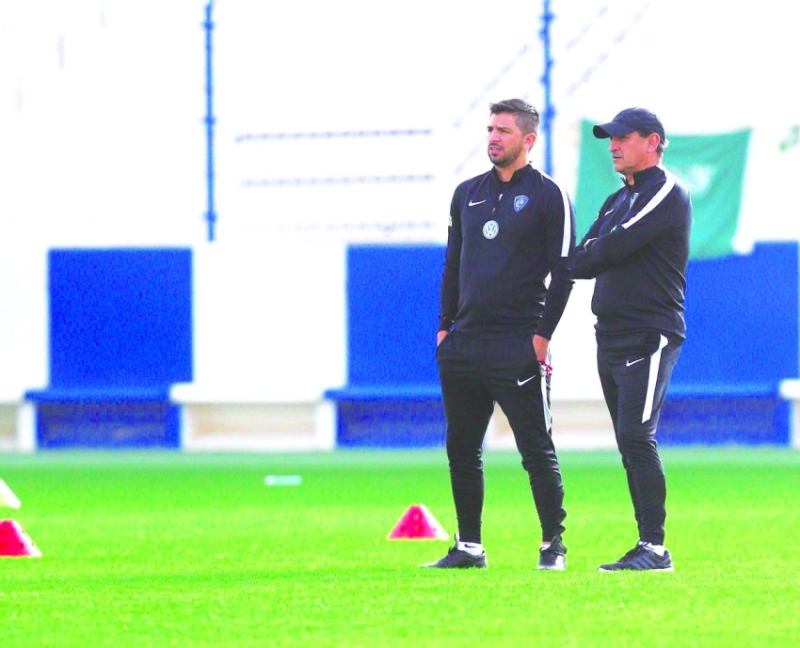 Al Hilal fans raced through social media pages to announce their rejection of the club’s contract with Argentine Ramon Diaz, to be a replacement for Portuguese Leonardo Jardim.

Yesterday, Monday, Al-Hilal club management announced officially the termination of the contract between it and Jardim by mutual consent, after all Al-Hilalians considered him the first responsible for what happened to the team against Al-Ahly of Egypt in the match to determine the third place in the Club World Cup last Saturday, with a loss (4-0).

According to the information, the Argentine alternative, Ramon Diaz, provided that the contract be for a period of six months, with a priority to extend for a year, and the Hilal administration had put three other coaches on hold, namely, the Romanian, the former Al Hilal player Merrill Radoi, the Portuguese Jorge Jesus and the Chilean Pizzi, the former Saudi national team coach. .

The Al-Hilalites affirmed their rejection of Diaz’s return, because, according to their point of view, he no longer has anything to offer the team at this important stage of the league, as well as from the Custodian of the Two Holy Mosques Cup competition.

Opponents of contracting with Diaz justified that he did not provide any successes in all the experiences he had taken since his departure from Al Hilal, so that he reached the UAE victory to the ninth place, in addition to the problems raised by his son Emiliano, with his technical interventions, and his problems with the players.