Demonstrations against the health pass: 161,000 demonstrators in France, according to the Ministry of the Interior 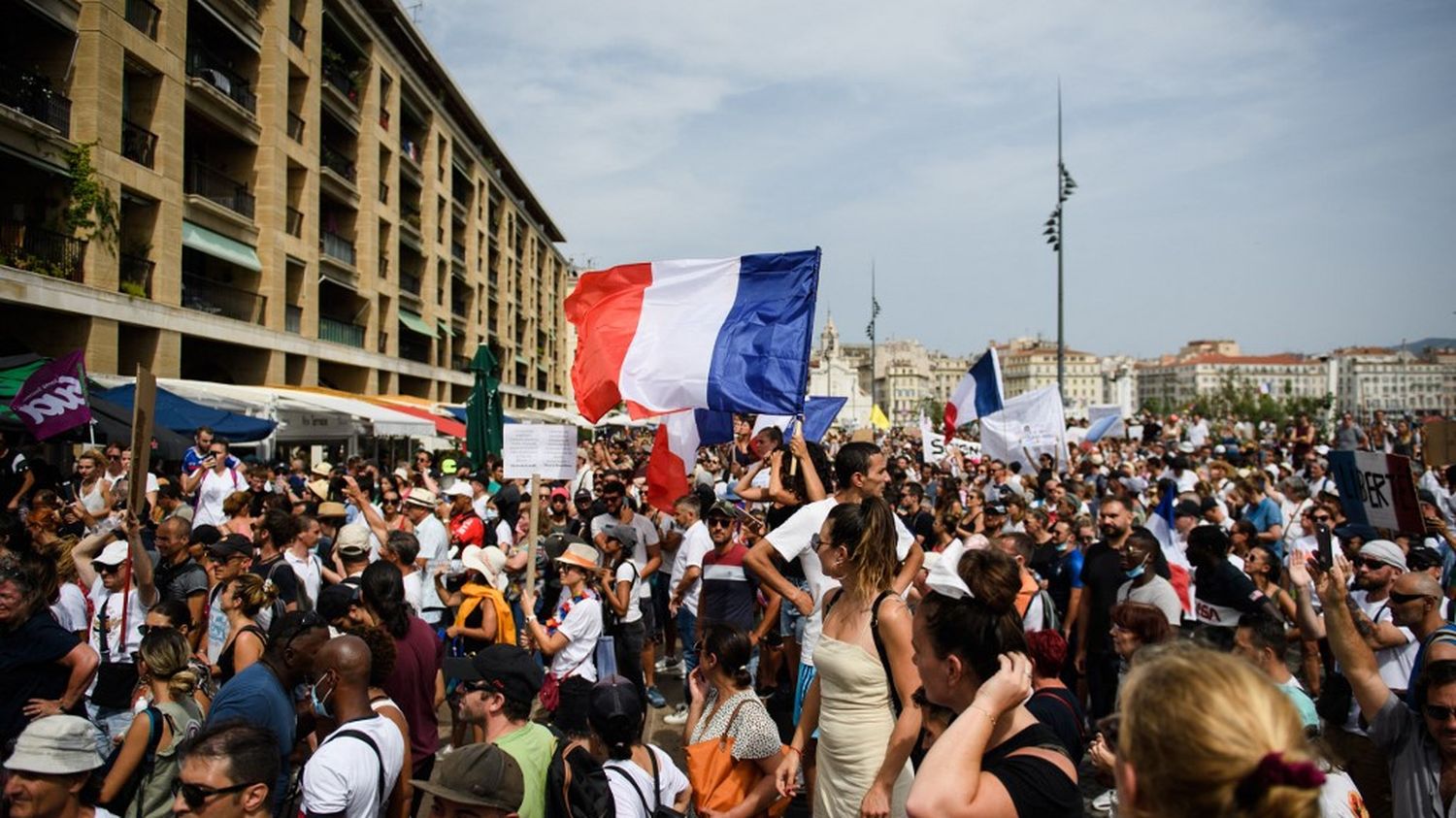 According to the Interior Ministry, 168 processions marched through the streets of the main cities of France to protest against the health pass.

Some 161,000 people, including 11,000 in Paris, marched Saturday July 24 in France to protest against the health pass. A figure up sharply compared to last week, when 114,000 people demonstrated. According to a report communicated by the Ministry of the Interior, there has been in the provinces, “168 actions identified which mobilized nearly 150,000 people”. In Paris, added the ministry, they were 11,000, down slightly from July 17 when 18,000 people demonstrated.

In a tweet, the Minister of the Interior Gérald Darmanin mentioned “9 individuals arrested” in Paris, where incidents took place near the Champs-Elysées. “I condemn, he added, with the greatest firmness the violent behavior which targeted certain police officers, gendarmes and journalists “. France Télévisions announced the filing of a complaint after the assault on a team of journalists in Marseille (Bouches-du-Rhône).

Thank you to the security forces mobilized to supervise the demonstrations today. I strongly condemn the violent behavior which targeted certain police officers, gendarmes and journalists.
In Paris, 9 individuals were arrested.

On the sidelines of the Parisian procession, incidents broke out at the end of the afternoon between demonstrators, who had participated a little earlier in the anti-sanitary pass processions, and the police in the area of ​​the avenue des Champs-Elysées in Paris. Shortly after 6 p.m., the demonstrators erected barricades and threw projectiles at the police who responded with tear gas canisters and water cannons as tourists walked along the avenue. The demonstrators were pushed back to the top of the Champs Elysées, around the Arc de Triomphe, where traffic was reopened around 6:40 p.m., once calm returned.