Climate: the ecologist movement Extinction Rebellion deploys a banner on the Eiffel Tower 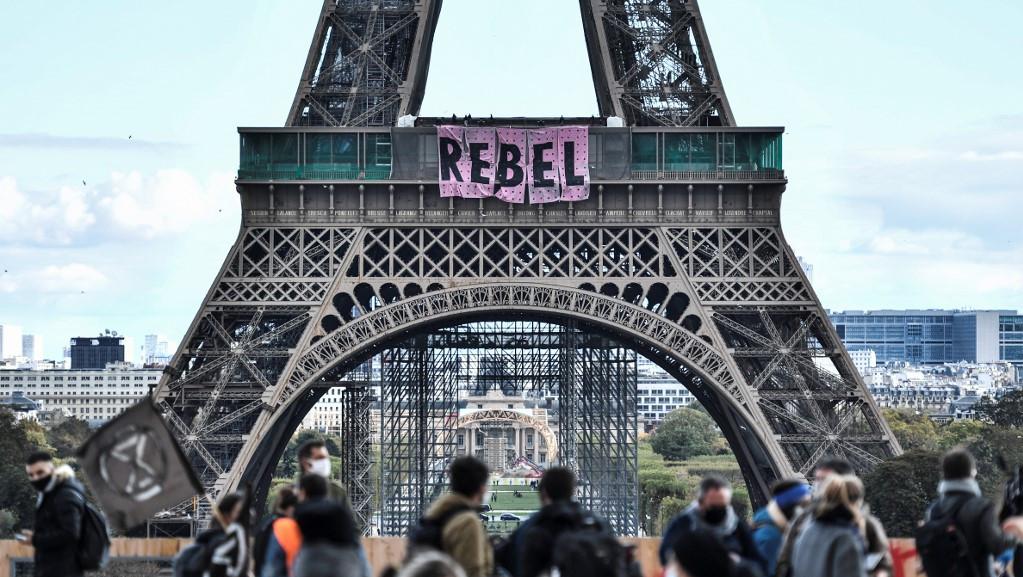 This action, which took place Sunday in the capital, launches a week of civil disobedience in several large cities in France, to denounce the government’s “inaction” in the face of the climate and ecological emergency.

Contaminated rivers or soils, abandoned industrial waste… Do you live near a polluted site?
Click here to alert us!

Activists of the environmental movement Extinction Rebellion (XR) deployed a banner with the inscription “Rebel” (“rebel” or “rebel”) on the first floor of the Eiffel Tower, in Paris. This action symbolically marks the start in France of the “international October rebellion”, during which the activists of this movement advocating civil disobedience to demand action in the face of the emergency of global warming are planning actions in several cities in France until October 19.

Launch at #Paris of the Civil Disobedience Week of Extinction Rebellion (@xrFrance), to denounce the “inaction” of the #government facing the#ClimateEmergency and ecological. Other actions are also underway in other towns in #France. #RebellionNow pic.twitter.com/313feFIAFX

“With the health crisis, our message has been reinforced, the Covid is only a symptom, all it takes is a virus for the economy to be brought to the ground. We have seen that CO2 emissions could increase. stop, that planes could be pinned to the ground. The Eiffel Tower is a world symbol, we want to say: ‘Stop everything! Let’s open our eyes, there is an emergency’ “, explains to AFP Léa Lecouple, an activist present in front of the monument.

“The emergency is worsening and with the Covid we have seen that the authorities could take binding decisions, the political authorities cannot pretend that they cannot act,” for his part indicated another activist, presenting himself under the pseudonym of “Crocodile”.

According to the activists present on the spot, about twenty activists took part in the action inside the tower, including eight “climbers”, responsible for deploying the banner of large black letters on a pink background.