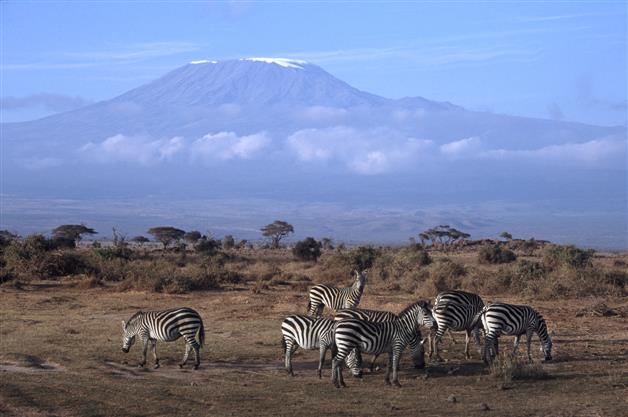 Africa’s rare glaciers will disappear in the next two decades because of climate change, a new report alert Tuesday amid sweeping forecasts of pain for the continent that contributes least to global warming but will suffer from it most.

The report from the World Meteorological Organization and other agencies, released ahead of the UN climate conference in Scotland that starts Oct. 31, is a grim reminder that Africa’s 1.3 billion people remain “extremely vulnerable” as the continent warms more, and at a faster rate, than the global average.

And yet Africa’s 54 countries are responsible for less than 4 per cent of global greenhouse gas emissions.

The new report seizes on the shrinking glaciers of Mount Kilimanjaro, Mount Kenya and the Rwenzori Mountains in Uganda as symbols of the rapid and widespread changes to come.

“Their current retreat rates are higher than the global average. If this continues, it will lead to total de-glaciation by the 2040s,” it says.

Massive displacement, hunger and increasing climate shocks such droughts and flooding are in the future, and yet the lack of climate data in parts of Africa “is having a major impact” on disaster warnings for millions of people, WMO Secretary-General Petteri Taalas said at Tuesday’s launch.

Estimates of the economic effects of climate change vary across the African continent, but “in sub-Saharan Africa, climate change could further lower gross domestic product by up to 3 per cent by 2050,” Josefa Leonel Correia Sacko with the African Union Commission writes in the report.

“Not only are physical conditions getting worse, but also the number of people being affected is increasing.” By 2030, up to 118 million extremely poor people, or those living on less than $1.90 a day, “will be exposed to drought, floods and extreme heat in Africa if adequate response measures are not put in place,” Sacko adds.

Already, the UN has warned that the Indian Ocean island nation of Madagascar is one where “famine-like conditions have been driven by climate change.” Despite the threats ahead to the African continent, the voices of Africans have been less represented than richer regions at global climate meetings and among the authors of the crucial Intergovernmental Panel on Climate Change scientific assessments. African participation in IPCC reports has been “extremely low,” according to Future Climate for Africa, a multi-country research programme.

The costs ahead are huge. “Overall, Africa will need investments of over $3 trillion in mitigation and adaptation by 2030 to implement its (national climate plans), requiring significant, accessible and predictable inflows of conditional finance,” the WMO’s Taalas said.

“The cost of adapting to climate change in Africa will rise to $50 billion per year by 2050, even assuming the international efforts to keep global warming below 2 degrees Celsius.” (AP)