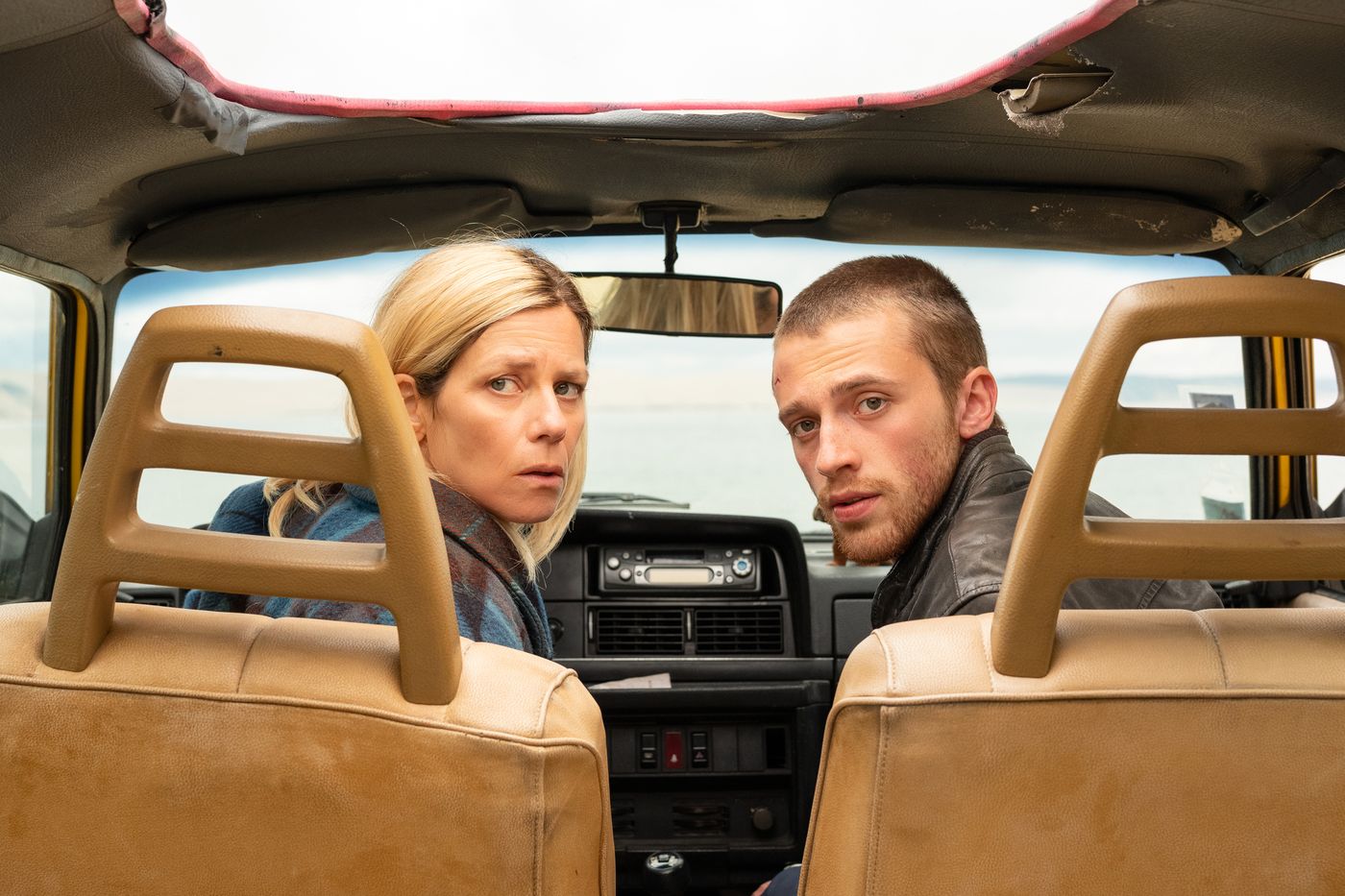 Louise bears the brunt of the hospital crisis. When it comes to managing an ever-increasing flow of patients and replacing cracking colleagues, the nights at work for this nurse from Beaune never end. One morning, having left in her pajamas to move her car, she starts driving without knowing where to go and has to face the facts: when she tries to get out of her father’s old mustard yellow Volvo 240 station wagon, a panic attack paralyzes her. Louise drives until she runs out of gas. At night, while she is sleeping in the back seats, Paul, a young man, steals the car. And understands that he will not be able to get his owner out of it, even by threatening her with a weapon. “I manage to pull out a crate and there’s a crazy woman in it!” », he laments, embarking Louise on an expedition whose outcome could be bloody.

If the reason for the forced cohabitation of characters that everything opposes is nothing new, Freewheeling take unique paths. Trapped in her ill-being, Louise watches her life slip away from her (husband left with her best friend, son on the other side of the world, work that loses its meaning) without making a move to hold it back. Marina Foïs excels in keeping the two dimensions that characterize her, a tender despair and a fierce humor that makes any problem derisory. As always impressive by nature, the actress has found her alter ego in Benjamin Voisin. He plays Paul, the rebel who plays the villain without being able to erase his part of childhood.

When both stop being afraid of each other, an almost filial relationship takes shape that will make them grow. Their path crosses a hitchhiker gifted with the gift of ubiquity and a community of travelers who welcome them warmly. Freewheeling is a beautifully written comedy where laughter bursts out and where fantasy often takes the detours of the absurd, where an invigorating wind of freedom blows and where the fall, magnificent, is not an empty word.