Chlordecone, this insecticide that poisons the West Indies for several centuries 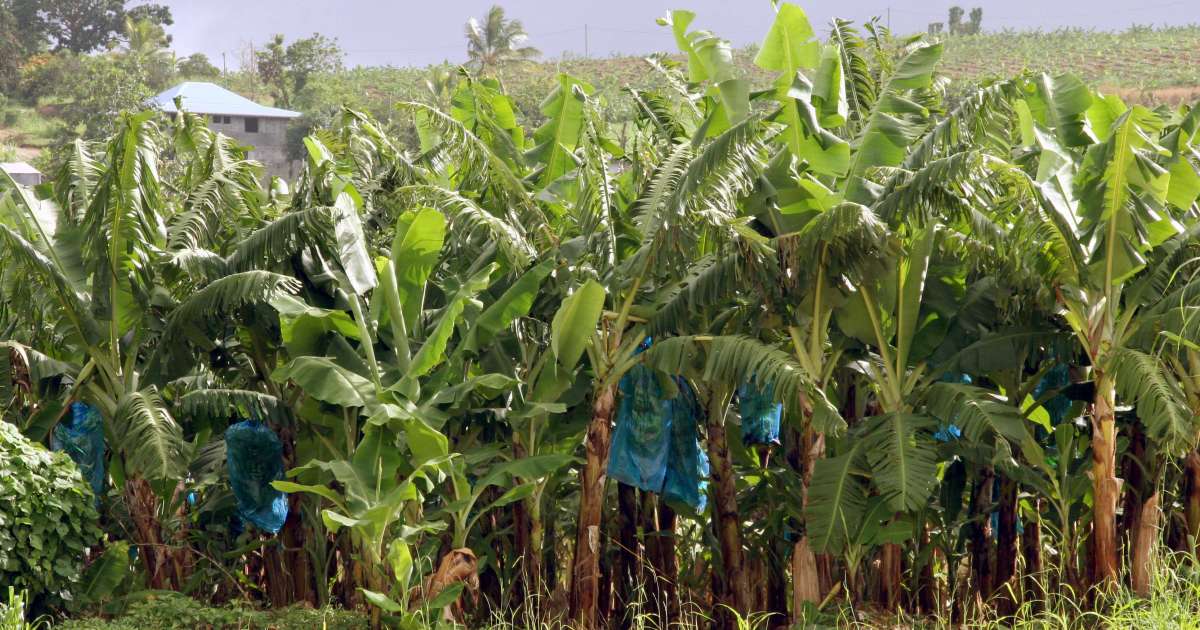 The measure could help ease tensions in Guadeloupe and Martinique. A decree recognizing prostate cancer as an occupational disease following the use of the pesticide chlordecone will be issued ” before the end of the year “, said Sunday, November 28 the Minister of Agriculture and Food Julien Denormandie.

This text, part of the fourth “chlordecone plan” announced in 2020 and with a budget of 92 million euros, will make it possible to compensate farmers poisoned by this insecticide. “The government is investing to be able to repair the environment polluted by chlordecone”, assured Julien Denormandie.

It all began in the early 1970s. In 1969, the study committee for pest control products for agricultural use, attached to the Ministry of Agriculture, opposed the approval of chlordecone because of its nature. “Toxic and persistent”.

Three years later, the same committee authorized the spreading of the insecticide to control the banana weevil. Originally from Asia, this parasite weakens the trunks, thus slowing down fruitful production: according to a group of professionals in the sector, 220,000 tonnes of bananas are in fact produced in Guadeloupe and Martinique, 70% of which are sold in metropolitan France. .

“Fos-sur-Mer: the pollution rebels”, autopsy of a health scandal

As early as 1979, the WHO classified this pesticide as “Possible carcinogen”. Scientists recognize the reprotoxicity (impaired fertility) and neurotoxicity (danger to the nervous system) of the molecule. But these alerts are ignored. For twenty years, hundreds of tons of chlordecone were poured into the plantations. It was not until 1990 that France banned it (the United States banned it in 1976) and its use was extended in the banana plantations of the Antilles until 1993.

However, stopping its use was not enough to stop its effects. Far from there. Because the very persistent chlordecone molecule continues to poison the soil for up to 700 years after spreading. The pesticide was used so much in the West Indies that traces were found in 2019 in soils, rivers and the sea coast.

In 2000, the production of bottled water in a Guadeloupe factory was temporarily suspended after the discovery of worrying traces of chlordecone in the spring water. In 2005, a parliamentary report revealed that doses 100 times higher than the norm were detected in the groundwater intended to be captured, between 1999 and 2000.

To this environmental disaster is added one of the most important health scandals of the century. According to a study by Public Health France published in 2018, 92% of Martinicans and 95% of Guadeloupe are today contaminated by this pesticide. Gold, “Even at very low doses, there may be health effects”, indicated to the “World” Sébastien Denys, health and environment director of the agency. Being exposed to it increases the risk of prematurity, cognitive and motor development disorders in infants. The pesticide is also accused of increasing the risk of prostate cancer.

The 80,000 victims of a forgotten health scandal

Upon arriving at the urology department of the Pointe-à-Pitre University Hospital, Professor Pascal Blanchet thus observed a ” over-representation “ of these cancers: Guadeloupe and Martinique have some “Twice as many as in other regions of France”, he told “Ouest France”. With an annual incidence rate of this cancer of 227 cases per 100,000 men in Martinique and 184 in Guadeloupe, the French West Indies indeed hold the sad world record in this area. An Inserm expert report also confirmed in June 2021 a “Strong presumption of a link between exposure to chlordecone in the general population and the risk of developing prostate cancer”.

Who should be made responsible for this situation? In 2018, Emmanuel Macron declared that the State must “Take its share of responsibility in this pollution and must move forward in the path of repair and projects”, but does not officially recognize the effects of chlordecone on human health. It was not until the following year that a parliamentary commission of inquiry issued a final conclusion: the State was the “First responsible” of this health and environmental scandal. It also has “Imposes reckless risks, in view of the scientific knowledge of the time, to the populations and territories of Guadeloupe and Martinique”.

“Between 1975 and 1992, multiple alerts should have led the regulatory authorities to review the authorization given for the use of chlordecone. In fact, they have been largely ignored ”, then came under the commission, chaired by the Socialist deputy of Martinique Serge Letchimy.

Chlordecone scandal, lack of confidence … Why are Martinicans vaccinated so little?

According to the report, the archives have made it possible to reconstruct “Intense lobbying” groups of growers and manufacturers, the interventions of certain elected officials and “The explicit support of the local services of the Ministry of Agriculture in favor of “miracle molecule” ” considered essential for the balance of the Caribbean economy.

Even today, the chlordecone scandal has left its mark, in particular a loss of confidence in public speech. This distrust of the government could thus partly explain the low vaccination rate in these departments: only 46% of the population in Guadeloupe and 39% in Martinique have thus received a first injection.