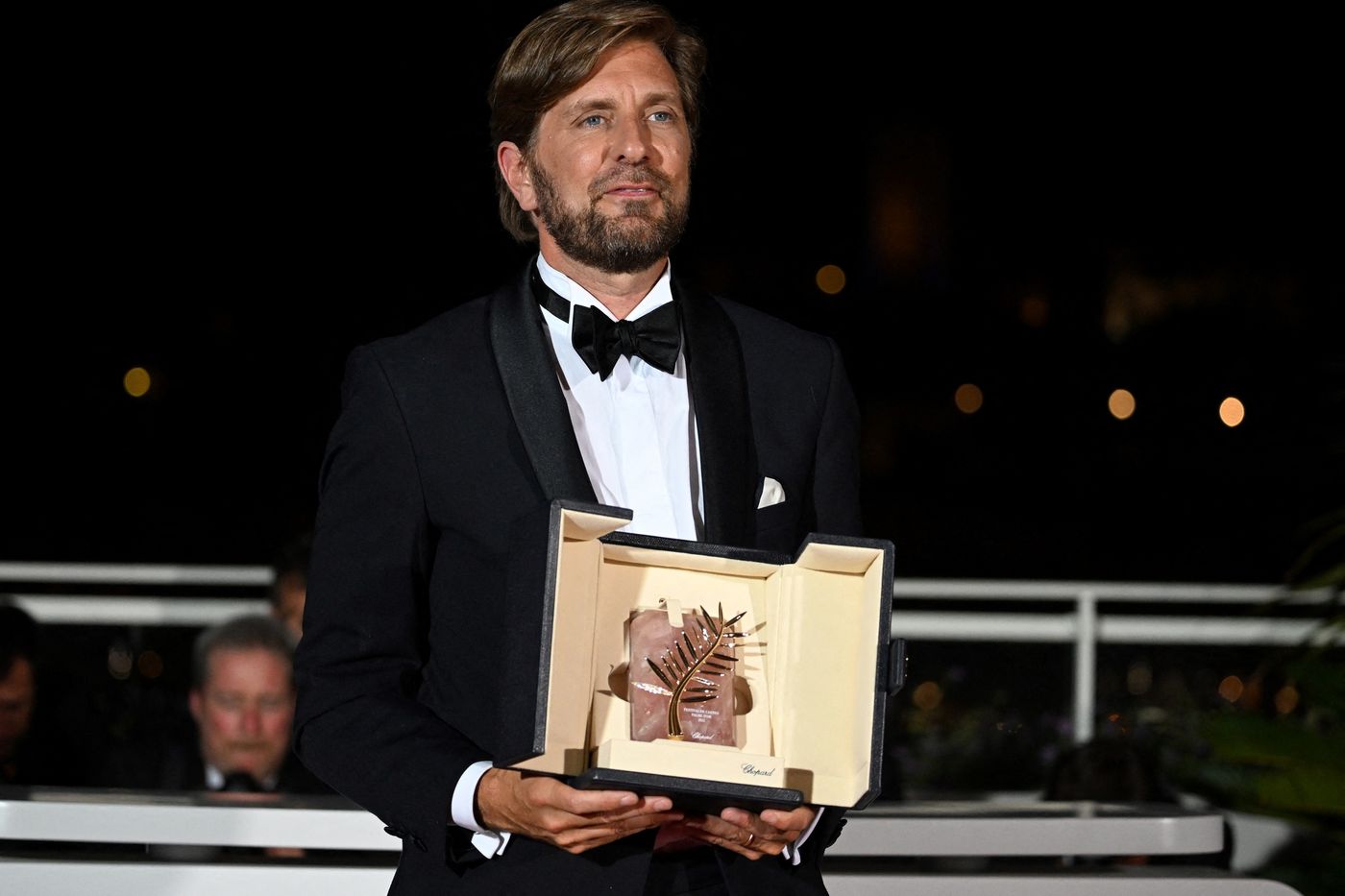 Barely five films on the clock and the Palme d’or won twice, five years apart: Swedish filmmaker Ruben Östlund, 48, can boast of a real performance. Especially since his cinema, cynical to the point of provocation, is far from unanimous. After The Square in 2017, a bitter joke about art circles and the hypocrisy of intellectual elites, his new film Triangle of Sadness, renamed Without filter in French, once again attacks the contemporary world and delivers an acid satire on the ultra-rich and the excesses of capitalism.

→ CRITICAL. “Without filter” by Ruben Östlund, the slow drift of a favorite

After a hilarious introduction to cruelty, which unleashes the worlds of fashion and luxury, the film takes a couple of models-influencers aboard a yacht for a luxury cruise that will turn into disaster and at the same time occasion to the game of massacre. The storm and the imminent sinking of the boat, piloted by a drunken commander, send this fragment of humanity back to a form of savagery. In this exercise, Ruben Östlund excels even in bad taste, with a dazzling style, although the film, lasting 2h30, ends up getting bogged down and losing its bite.

“When we started Without filterwe had only one goal: to try to make a film that interests the public and makes them think provocatively”, said the Swede, receiving his award. “The whole jury was extremely shocked by this film”, justified the president of the jury, Vincent Lindon, without specifying in what sense and if it had been unanimously accepted by its members. What is certain is that his cinema leaves no one indifferent and has reduced the great filmmakers present this year in competition to reaping the runners-up.

A multiplication of prices

In this distribution, the choices must not have been easy as the jury has multiplied the prizes this year. Two ties for the grand prize which makes the big difference between the melody of the Belgian Lukas Dhont, Closethe story of a broken friendship between two boys on the threshold of adolescence, and the very inconsistent Stars at Noon by the Frenchwoman Claire Denis. Two jury prizes also shared The Eight Mountains, by Charlotte Vandermeersch and Felix Van Groeningen, and Hi Han, by Jerzy Skolimowski, again with diametrically opposed universes. Vincent Lindon says he liked all the films. He even created a reward for the occasion, that of 75e anniversary.

The jury rewarded the beautiful Tori and Lokita by Luc and Jean-Pierre Dardenne, adding it to the long list of Cannes awards for Belgian filmmakers, already doubly palmed for Rosetta (1999) and The Child (2005). A way no doubt to salute the constancy of the duo to make a committed cinema and in direct contact with the reality of our European societies. In this case, here, that of two unaccompanied minors from Africa who find themselves left to their own devices and to all kinds of exploiters of human misery.

The rest of the list does not suffer from dispute. The virtuosity of the staging of Decision to Leave, by South Korean Park Chan-wook, was well worth the price, if not more. Likewise for the original and courageous plot of Boy from Heaven, by Tarik Saleh, located within the Al-Azhar Islamic University in Cairo, which made it an obvious candidate for the screenplay prize.

There remain, as always, unexplained absences. That of Cristian Mungiu who, with NMRproduced a powerful and burning topical film on our fear of the other, by James Gray, a great director who has never won an award at Cannes, or even Hirokazu Kore-eda who with The Lucky Stars featured the sweetest and most heartwarming film in the competition. The Japanese filmmaker will be able to console himself with the Ecumenical Jury Prize, which once again stands out by rewarding a film ” who shows in a very intimate way how a family can exist without blood ties”.

Golden Eye (Documentary Prize): All That Breathes, by Shaunak Sen

Prize of the Ecumenical Jury: The Good Stars, by Hirokazu Kore-eda