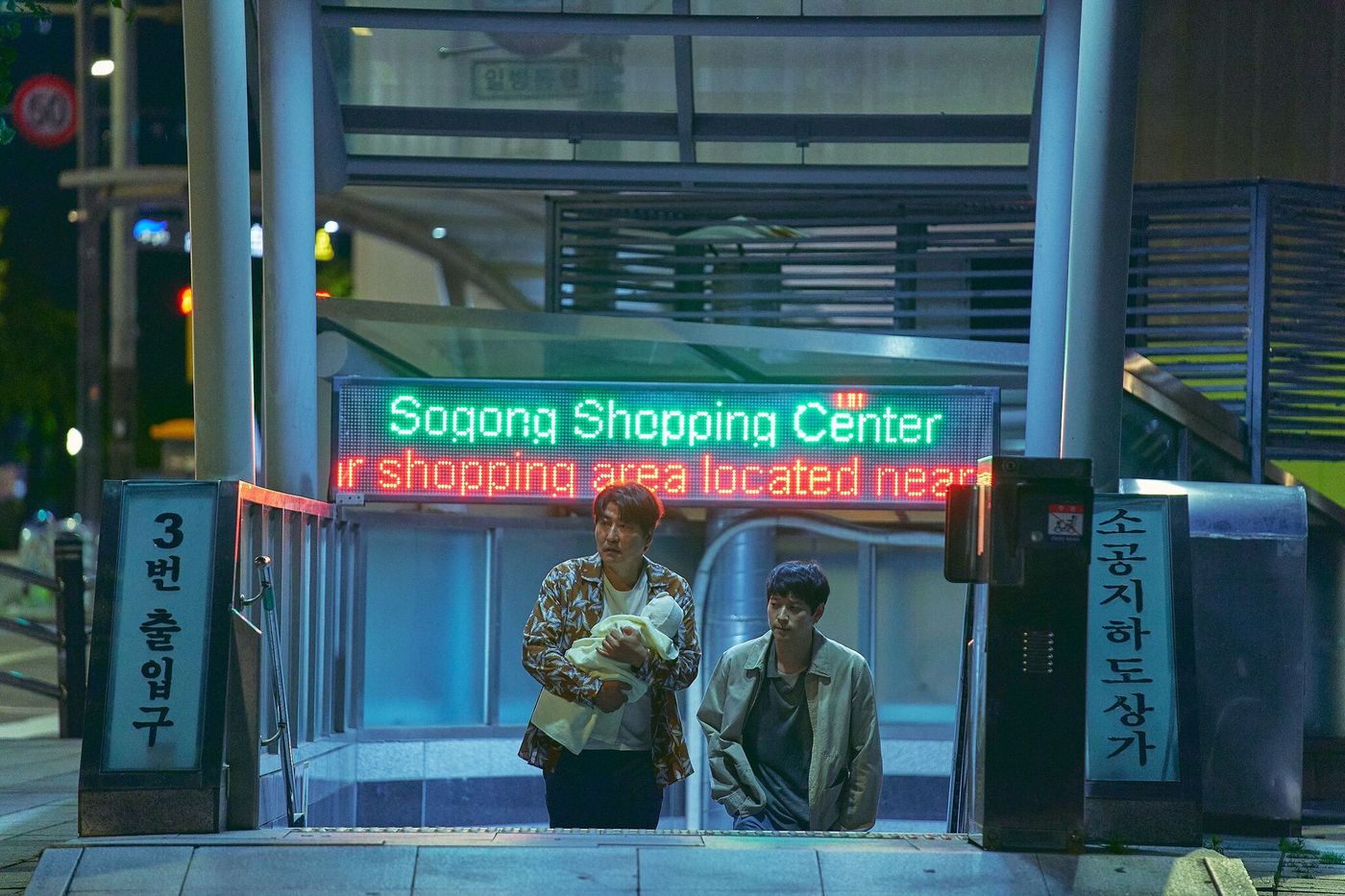 There are many of them, the lucky stars, leaning over Woo-Sung’s cradle throughout the new film by Japanese director Hirozaku Kore-eda whose hero is a baby. Things had started rather badly for the infant. One rainy night in Busan, his mother abandoned him in front of one of those “baby boxes” set up in front of a church. Inside, a note with his first name and the promise to come back for him one day. The man who recovers it illegally, with the help of an accomplice, however, has nothing to do with a pastor. Couturier, riddled with debts, trafficker of children in his spare time, he intends to sell it for cold hard cash.

Everyone has their reasons for acting.

What he does not know is that his small traffic is being watched by two policewomen. And when the mother reappears, claiming half the money for the price of her silence, it’s all these little people who will leave on the road. Some in search of an adoptive family ready to spend money against a child, others in flagrante delicto allowing the arrest of traffickers. But the rare pearl is difficult to find because So-young, the mother, has demands and the criminals are more sensitive to her arguments than it seems.

As often in Kore-eda films, the characters are not what they appear to be. And everyone has their personal reasons for acting that this sensitive and moving road-trip will take care of revealing to us. Over the course of the journey, to which is added a mischievous orphan embarked as a stowaway, bonds are woven between them which give them the appearance of family.

Four years after his Palme d’or, the filmmaker once again probes the mysteries of parentage in this very beautiful film presented in competition yesterday. He chose to shoot it in South Korea where the phenomenon of baby box is more developed than elsewhere. Giving him the opportunity to work with the brilliant Song Kang-ho, the actor of Parasite of Bong Joon-ho, in the role of the couturier-trafficker. A change of scenery which, despite a similarity in the subject, gives the film a slightly different tone from that of A family matter. Less whimsical and lively than the previous one, it nevertheless draws its strength from its ability to install each of its characters over time and to explore the complexity of their feelings.

Abandonment occupies a central place. The one felt by Dong-soo, the designer’s accomplice, himself abandoned at birth and who refused adoption in the hope of finding his mother. That of So-young and the guilt she must bear when faced with the need to entrust her son to others. Finally, that of Hae-Jin, a touching little boy who wonders if, in the end, he was right to come into the world. In a scenario with drawers where each incident brings an additional layer to the understanding of things, the Japanese filmmaker has no equal in mixing genres, passing in the blink of an eye from comedy to drama, and letting gradually install the emotion. This culminates in a magnificent scene in a hotel room, where everyone thanks each other for being born, before leaving for their own destiny.

“JI wanted the film to be able to clearly signify that every birth counts, that every life has its place. In this sense, The Lucky Stars is a film about “life””, explained the director. We should see nothing moralizing in his remarks, only this extreme attention paid to the wounds of childhood and his belief in the capacity of the human being to meet the other and to tie other bonds than those of blood. In this sense, the film exudes an incredible gentleness, amplified by the sobriety of the staging and the beauty of the landscapes of the Korean coast, which contrasts with the harshness of the situations. And Kore-eda, far from repeating himself, proves that he hasn’t lost his touch.

Hirokazu Kore-eda, in the running for a second Palme d’Or

Born on June 6, 1962, the Japanese filmmaker is present at Cannes for the eighth time.

Six of his films were selected in competition and two in the Un certain regard section.

2022. The Lucky Stars is his fifteenth feature film