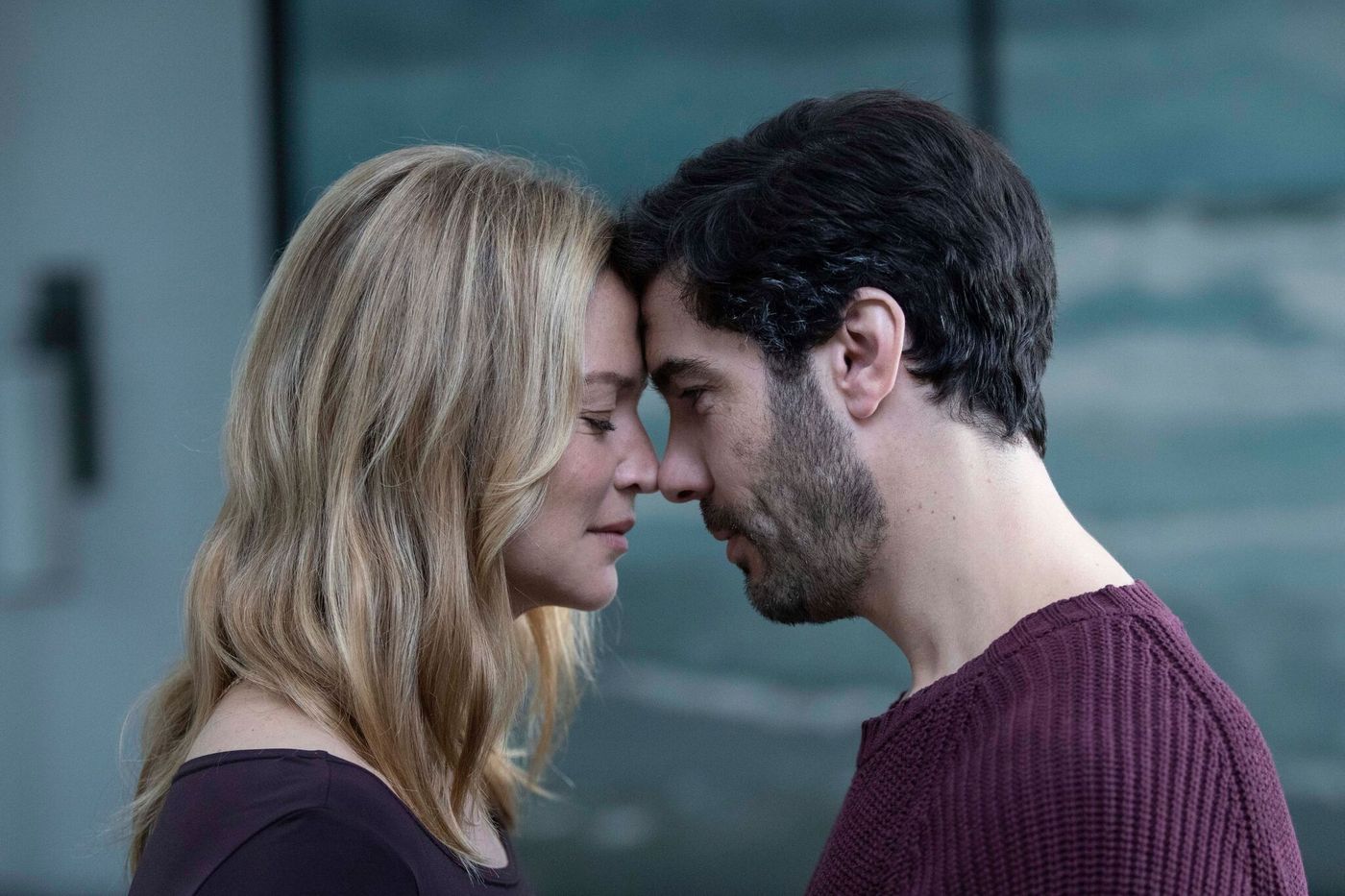 Looking, is it cheating? It is from this postulate that Serge Bozon’s film begins. For having cast a somewhat insistent glance at the silhouette of a young woman who passed in front of the town hall where he was about to get married, Laurent, an actor by trade, loses Julie, the woman he loves, and does not won’t recover.

Obsessed with her, he sees her face in all the women who cross his path and who, each in turn, push him away. Until the rehearsals of Don Juan at the Théâtre de Granville again bring them face to face. And pushes Laurent to try to win her back. But as in the play, all of this can only end badly. Especially since the statue of the Commander is watching. Here she takes on the face of Alain Chamfort as the father of a former mistress, abandoned and driven to suicide.

Passages sung live by the actors

Serge Bozon and his co-screenwriter, Axelle Ropert, started from the principle of an inverted Don Juan to build this love tragedy that is very much in tune with the times. In the post #Metoo era, the figure of the seducer, arrogant and manipulative, has lead in the wing since it is he who is abandoned, and despite all his efforts, will never manage to regain the confidence of his beloved.

A terribly banal situation but revisited here by a filmmaker with a singular and offbeat universe (Mrs. Hyde, Tip Top). We must therefore immediately accept the strangeness and the very special atmosphere of the film to appreciate the subtle variations. It is essentially due to a few biases, including that of passages sung live by the actors and the multiplication of Virginie Efira’s face in all the female roles.

The realization thus stands permanently on a thread which could make it fall into the ridiculous but, strangely, works. Firstly, because the director leaves plenty of room for emotion, which emerges both in the beautiful lyrics of the songs and in the interpretation of the actors, even if Tahar Rahim seems more borrowed from this game than his partner. Virginie Efira, once again, amazes with her ability to let the slightest of her feelings show through on her face.

Then, because the film permanently weaves a link between cinema and theatre. The words of the play which of course echo the affects of the characters, the stage of the theater open directly to the outside, the slightly disembodied acting of the actors contribute to blurring the border between the two. And give this feminist version of the Don Juan of Molière a contemporary and universal reading.