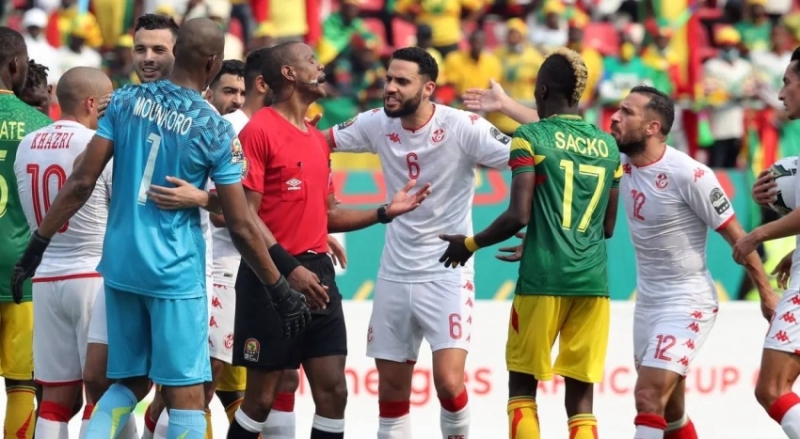 An official from the Confederation of African Football (CAF) justified the decision issued on Thursday night, rejecting Tunisia’s protest against ending its match against Mali prematurely, and adopting the latter’s victory with a clean goal, in the group stage of the African Nations Cup.

Caf said in a statement: “After reviewing Tunisia’s protest and the report of all match officials, the organizing committee decided to reject the Tunisian team’s protest and adopt the match result 1-0 in favor of Mali.”

“The match should have ended with 3 minutes remaining, but the Tunisian team did not return to the field, which prompted the referee to end it,” the official told AFP.

In a strange and rare incident, the match witnessed a controversial end when the Zambian referee, Jani Sikazwe, blew the final whistle in the 89:42 minute, that is, before the end of the original time, knowing that it is self-evident and it is expected that there will be time instead of lost, amid strong objection from the technical staff and players Tunisian national team, but the ruling did not appeal.

He also did this in the 86th minute, announcing the end of the match, before realizing that he was wrong and completing the confrontation.

This end angered the Tunisian technical staff and the players, and coach Munther Al-Kabir approached the referee, pointing to his watch to tell him that the time was not over yet, but in vain, before the refereeing staff came out with a security escort.

Minutes after the players entered the dressing room, one of the main assistant referees returned and the two teams were called back to the field to complete the confrontation, while the Mali players returned, their Tunisian counterparts did not return.

Tags: "Kef", and my money, for result, justify, match, resolution, trust him, Tunisia