Bonucci: Our contract with Ronaldo negatively affected the team 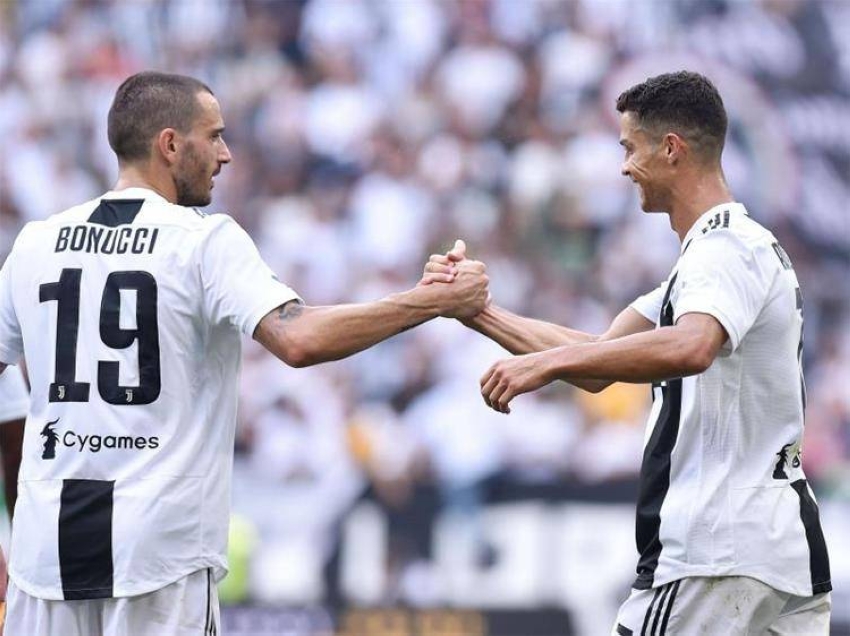 Veteran Italian defender Leonardo Bonucci believes that Juventus’ contract with Cristiano Ronaldo was a curse on the club after it negatively affected the rest of his teammates due to the stardom he reached.

Ronaldo played in the Juventus shirt for three seasons before his departure at the beginning of the current season to Manchester United.

Despite winning all possible local titles in the presence of Ronaldo, Juventus could not go far in the Champions League for three consecutive seasons, despite having the tournament’s historical scorer.

During comments reported by “Football Italia”, Bonucci said that things worsened in Juventus after signing Ronaldo, adding: “The thought has settled in our minds that one player, the best in the world, can guarantee a victory for Juventus. That is the problem.”

He continued: “Ronaldo’s impact was great, and there is no doubt that his impact exceeded expectations, as training alongside him changed the behavior of the players, but these negative thoughts made us work less than usual, and lost us the spirit of sacrifice, seriousness and will to lead Juventus towards brilliance. I think everyone realized that.” .

And he added, “Maybe we thought that just giving the ball to Ronaldo would win the match. But Cristiano needed a team as much as the team.”

And the Italian international defender continued: “Last season, the atmosphere in the team was so electrifying that if you threw a piece of wood into the dressing room before the match, it would catch fire.”