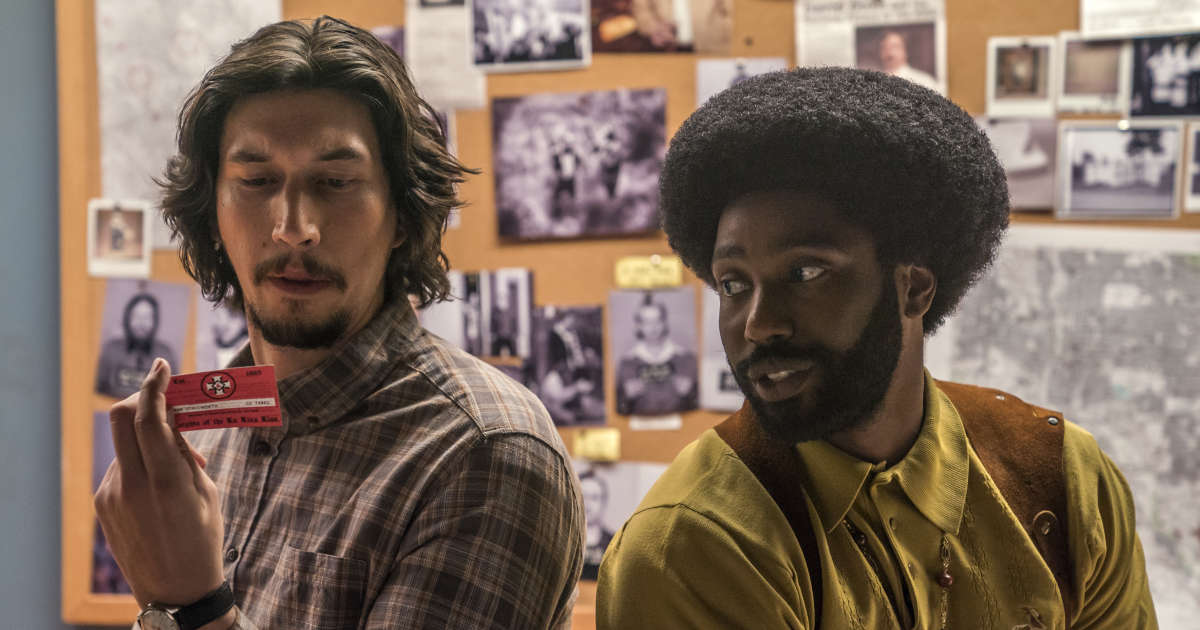 Incredible but true. In the early 1970s, Ron Stallworth, an African-American cop from Colorado Springs (John David Washington, Denzel’s son), infiltrated the local Ku Klux Klan cell with the help of a white colleague (Adam Driver, mollasson ). The first charmed targets over the phone, and the second invited himself into the ranks of the organization by pretending to be himself. Stallworth recounted the adventure in his book “The Black Who Infiltrated the Ku Klux Klan” (ed. Autrement); Spike Lee is inspired by it very freely in this film where he attacks the alt-right with full force but in a relaxed tone.

It all started with a telephone hoax. Recruited within the police for the sake of representation of minorities, Stallworth has just infiltrated a group of pro-Black Panther activists to judge their dangerousness (he meets the beautiful Patrice). He is bored, browsing the newspaper’s classified ads and comes across an advertisement from the KKK looking for new members, which does not seem to worry his superiors much. So he calls and plays the game. What could be more effective than putting outrageously racist remarks in the mouth of the one who is the target to make it reflect stupidity?

Spike Lee always had a heavy hand, he’s got it too loose here

The whole film plays on this dialectic of mirror effect, of the inversion of roles and values. Likewise, it is in a humorous fashion, in an atmosphere of a TV series episode à la “Starsky et Hutch”, that Spike Lee castigates Trump’s America and his slogans inspired by David Duke, the guru of supremacist theories. white. He took over for himself to qualify it the cool but caricatural image of African-Americans conveyed by the cinema of the time via Blaxploitation, while he in turn did not hesitate to reinvent the facts and use clichés to portray the racists, all more or less stupid or degenerate. This question of representation by Hollywood runs through the entire film, which head-on attacks the segregationist propaganda of classics like “Gone with the Wind” or “Birth of a Nation”.

The ace ! If he returns to the political anger of his beginnings, the director of “Jungle Fever” no longer has the same niac. He has always had a heavy hand, here he is too loose to raise his film to the height of its demonstration. The jury of the Cannes Film Festival 2018 did not hold it against him which crowned him with his grand prize, conquered by his burning news: the film ends with the real, paralyzing images of Charlottesville, which make the two almost anecdotal. hours preceding. No more laughing, indeed.