Because of the Paris final, the French interior minister attacks Klopp 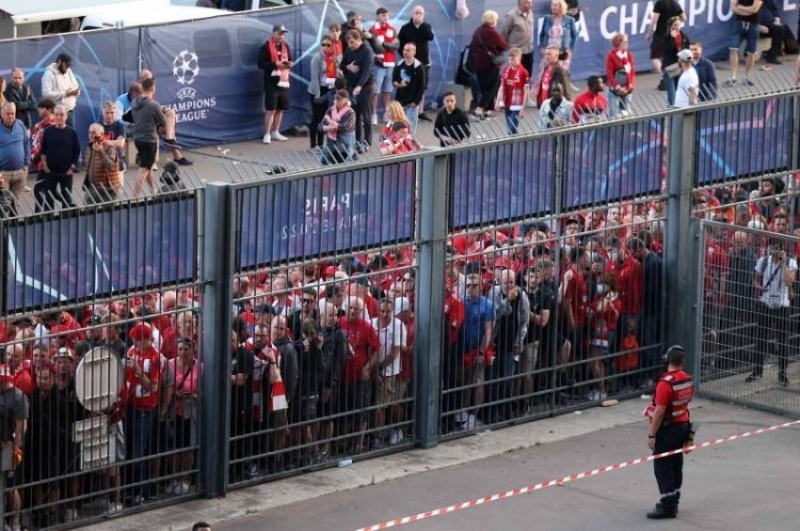 The French Interior Minister attacked Liverpool fans and coach Jurgen Klopp, and blamed them for the scandal that fans entered the Champions League final last Saturday in Paris.

In a press conference on Monday, French Interior Minister Gerald Darmanin said that what happened was a scandal, and that 70 percent of the tickets used during the final were “fake”.

The start of the match was delayed by 35 minutes after police tried to stop fans trying to make their way to the French National Stadium without tickets, while some ticket holders complained that they were not allowed to enter.

The chaotic scenes in the French National Stadium caused a national embarrassment, as France is set to host the 2023 Rugby World Cup and the 2024 Olympic Games.

The Minister of Interior indicated that 2,700 fans of ticket holders were unable to attend the final due to the chaos that took place.

Darmanan refused to take responsibility for what happened, placing the blame on the Liverpool fans, and on German coach Jurgen Klopp.

The French minister attacked the Liverpool coach for “encouraging” Liverpool fans to travel to Paris, even if they did not hold tickets for the match, as a kind of psychological support for the players before the match.

The French minister pointed out that “30 thousand to 40 thousand Liverpool fans entered the match with fake tickets or without tickets.”

He said: “In 2019, when the final was between Liverpool and Tottenham, the same problems appeared in Madrid, a number of British fans did not abide by the laws.”

The French minister criticized Liverpool’s desire to use paper tickets, rather than electronic ones, which “created a huge scam,” as he described it.