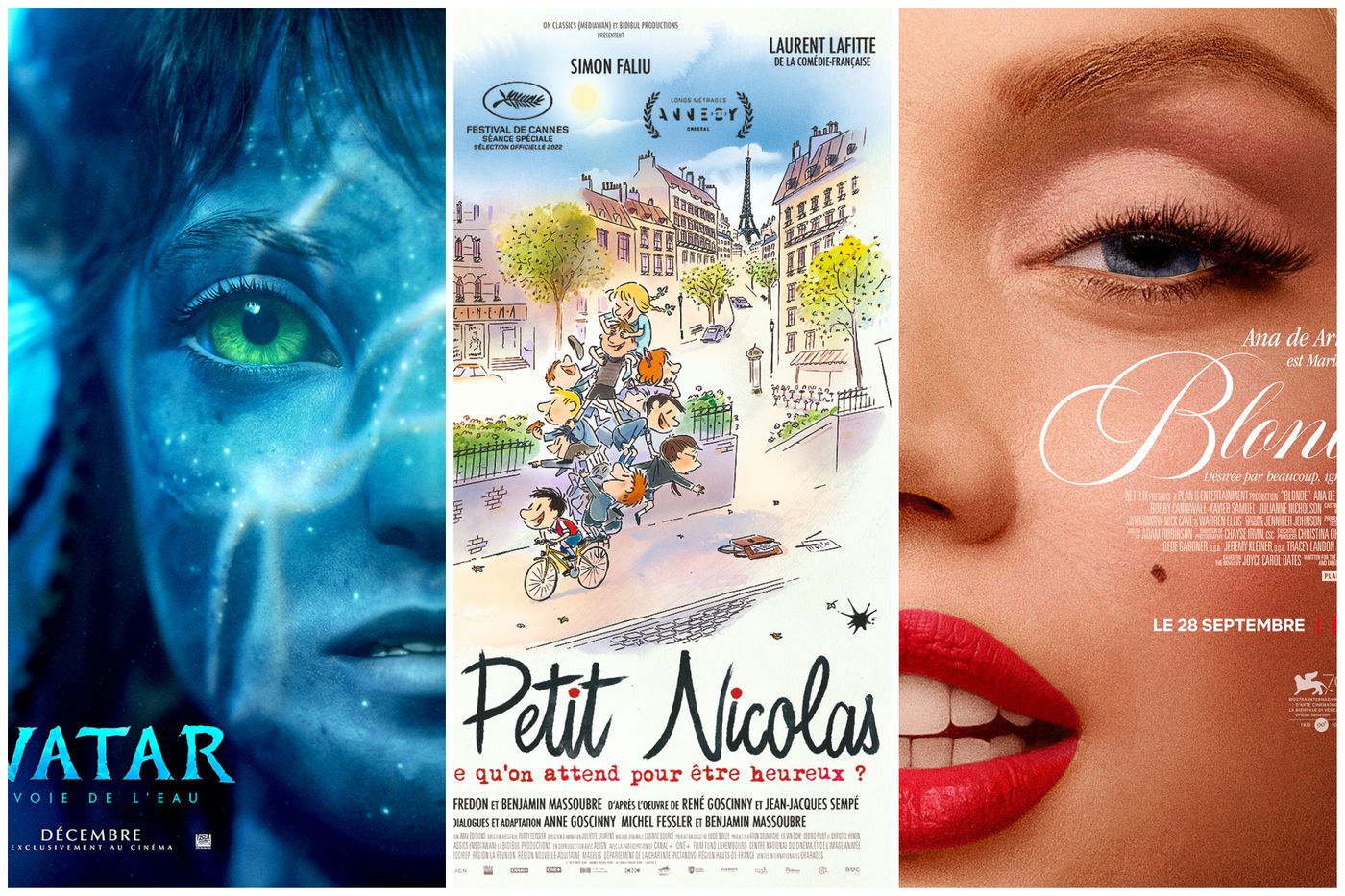 ♦ Titanic: “Avatar. The Way of the Water, by James Cameron

Thirteen years after the triumph ofAvatar in theaters (14 million viewers in France), the long-awaited sequel to this spectacular science-fiction film, coupled with an exotic eco-humanist fable, will be released on December 14. Initially planned for 2014, Avatar. The way of the water has, despite its title, nothing to do with James Cameron’s other success, titanicbut uses the characters of the first opus to immerse them in an aquatic environment.

About ten years after the events recounted in the first part, the two heroes, Neytiri and Jake Sully, a former paraplegic soldier whose spirit has been definitively transferred into the blue and athletic body of his na’vi avatar, have founded a family in their distant paradise of Pandora. But the formidable organization that sought to exploit the resources of this planet light years from Earth is back, forcing our heroes to flee to the coast, where cohabitation with another clan proves tense. Three other avatars of the saga are already planned…

♦ Graceful: “Little Nicolas. What are we waiting for to be happy? “, by A. Fredon and B. Massoubre

In theaters on October 12

Two months right after the death of Jean-Jacques Sempé, here is a magnificent opportunity to revive his light, fine and delicate line. A tribute to the genius of the designer and his sidekick René Goscinny, this feature film, in theaters on October 12, has nothing to do with the previous attempts to adapt, often laborious, the Little Nicholas. Both documentary and fiction, the film of course takes up the tender and funny chronicle of the daily life of the little schoolboy in short pants. But the character escapes from his stories to lean over the shoulder of his two “dads” in the middle of the creative process.

This three-way dialogue is an opportunity to evoke the childhood wounds of authors seeking to heal them through their creation. With incredible fidelity to Sempé’s drawing, the superb work on the animation and the staging gives the impression of witnessing the coloring in watercolor of the shots to the rhythm of the movements of the camera. After having had the honors of Cannes, this Little Nicholas won a prize of excellence at the Annecy Festival.

♦ Spicy: “The Pharaoh, the Savage and the Princess”, by Michel Ocelot

Michel Ocelot has more than one trick up his sleeve. four years later Dili to Parisa fable on violence against women who were Caesarized in 2019, the creator of Kirikou reconnects with the short stories that made the success of Princes and Princesses (2000) and Tales of the night (2011). Scheduled for October 19, this new collection of medium-length films is presented by a young woman in overalls. His audience, workers on a construction site – that of the reconstruction of the “world after” (the film was made during the health crisis) – listens attentively to these Three tales for funthe initial title of this funny and profound, mischievous and sumptuous ensemble.

Three edifying stories about parent-child relationships, rebellion and freedom at different times, ancient Egypt, medieval Auvergne and Istanbul palaces. Initiatory stories where the subtle personality of Michel Ocelot shines through, who seems to be told through his heroes, independent characters determined to make their dreams come true.

After the success of BAC Northand its 2.2 million admissions last fall, Cédric Jimenez’s new feature film is undeniably one of the French films on which cinema exhibitors rely to attract audiences to theatres. Its strengths are numerous: a top-of-the-range cast, with Jean Dujardin and Sandrine Kiberlain as headliners, and a plot that brings to life the painful memory of the 2015 attacks.

November is entirely centered on the few days which allowed the investigators of the anti-terrorist sub-division (Sdat) to trace the trail of two of the fugitive terrorists – including Abdelhamid Abaaoud, then considered to be the mastermind of the attacks – until the building in Saint-Denis where they had been hiding. The filmmaker, doubtless scalded by the controversy around BAC North, plays sobriety this time and engages in a meticulous reconstruction of the investigation, without bothering with psychology. Its narrative effectiveness plunges us into immersion alongside the police, aware of the immense responsibility they bear, and makes this hunt breathtaking from start to finish.

♦ Corrosive: “Without filter”, by Ruben Östlund

As expected as it is controversial, the Palme d’Or at the last Cannes Film Festival arrives in theaters on September 28. In Without filter, the Swede Ruben Östlund jubilantly pursues his enterprise of demolishing capitalist society. With the corrosive style that was his in The Squarealready crowned in 2017. Here, he pushes the cursor even further, attacking the middle of fashion, influencers and more generally the super-rich that the director embarks on a luxury cruise.

Far from having fun, this one will turn into a nightmare, for the passengers as for the employees, under the sardonic eye of an alcoholic and Marxist captain… In this copious and unequal farce, lasting 2 hours 29 , the director excels even in bad taste and will not fail to disturb. “My goal was to make a film that interests the audience and makes them think provocatively”, he said during the presentation of his prize. The bet paid off, as the mirror it holds up to our Western societies, obsessed with money and appearances, is uncomfortable.

The imaginary biopic of Marilyn Monroe, adapted from the bestselling novel by the great American writer Joyce Carol Oates, arrives on Netflix on September 28. In competition at the Venice Film Festival, Andrew Dominik’s film is crowned with a reputation as a cursed film. Fifteen years of gestation, filming several times postponed for lack of funding, three actresses approached (Naomi Watts, Jessica Chastain and finally Ana de Armas) and a scent of scandal linked to very crude sex scenes which would have frightened the platform: there is no was enough to arouse curiosity around Blonde.

An adaptation that is all the more awaited since, faithful to the spirit of the book, it is centered on the star’s childhood traumas and his difficulty in living with his public image. Joyce Carol Oates found it “surprising, disturbing and surprisingly feminist in its interpretation”. Alongside the Cuban actress in the title role, we find Adrien Brody, in the role of Arthur Miller, and Bobby Cannavale, in that of Joe DiMaggio.