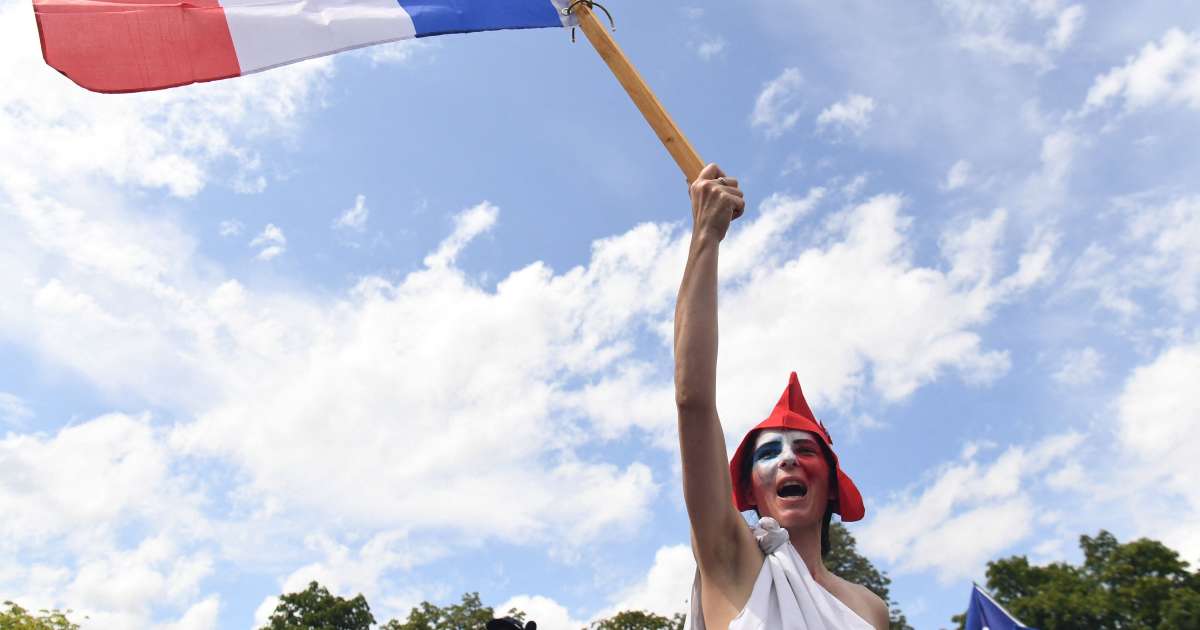 Is it the heat? Pressure from the CRS? Saturday July 24 at 4 p.m., the monster crowd that crowded Place du Trocadéro in the early afternoon under a blazing sun has already dispersed. But all the same, there are still many who want to play extra time … The atmosphere is festive. While at the top of the Champs-Elysées, the CRS take possession of the Etoile with smoke grenades, here many dance to the sound of the mega sound system deployed by the “Patriots”, the organization of Florian Philippot who is seized on the movement. Many came here without particular sympathy for the former FN leader.

Rather according to Anne, “To make number”, or as Mathis says, sympathizing with Gillet Jaune, “Because we were sure not to be gassed”.

Protests against the health pass are gaining momentum

Star platform, giant screens, hellish sound system… The chief organizer of this anti-health pass high mass did not skimp on the means. From the exit of the metro, we can already hear it, in rock star mode. He booed the government with cries of “Macron Resignation”, calls out sharply to the Elysee – “Stop martyring your people”, and hammers out his slogans in nuance: “The health pass, gateway to hell”. The crowd applauds. Atmosphere.

Some display the sticker of his little movement “Les Patriotes”. Like Geneviève, 60, who lives a stone’s throw away, and her cousin Benoît, from Issy-Les-Moulineau

To read the remaining 86%,
test the offer at 1 € without obligation.