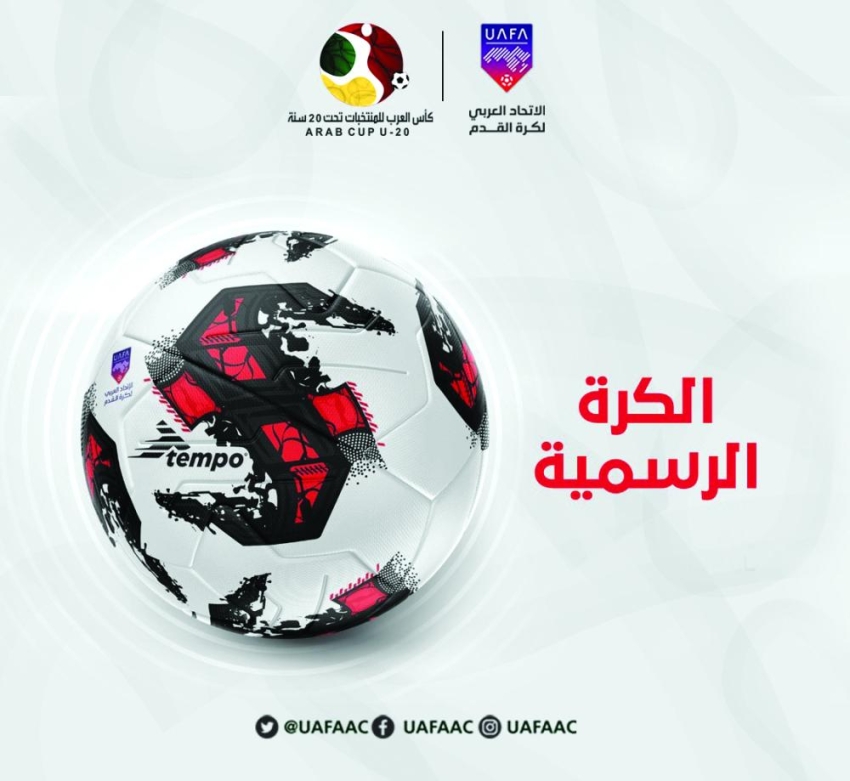 The General Secretariat of the Arab Football Association, along with the organizing committee of the Arab Cup for U-20 teams, has completed all the arrangements for the launch of the seventh edition of the tournament in the Egyptian capital, Cairo, on the 20th of this month, and its competitions will continue until the sixth of next July.

Sixteen teams will participate in the tournament. The Arab teams have joined the Arab teams for the second time in a row, after winning the title of the last sixth edition, and Niger, Tajikistan and Uzbekistan. The teams were divided in the recent draw into 4 groups:

The Arab Cup for U-20 Teams is one of the Arab Football Association competitions. The first edition was held in Morocco in 1983, crowned by the Iraq team and the Saudi team as runners-up. Two years later, in the second edition, which was held in Algeria in 1985, the Saudi team won the title and came to mourn. Algeria in the summer, while the Moroccan team won the title in the third edition that was held in Iraq in 1989, followed by the Iraqi team in second place, where the Moroccan team retained the title for the second time in a row in the fourth edition that was hosted in 2011, and the Saudi team came second.

Jordan hosted the fifth edition in 2012, and Tunisia won the title and the Saudi team won the runner-up, while the sixth edition was held in 2021 in Saudi Arabia, and Senegal won its title after winning the final match over Tunisia.