Allam to Al-Madina: Al-Ittihad excelled in the first half and collapsed in the second, for technical and psychological reasons 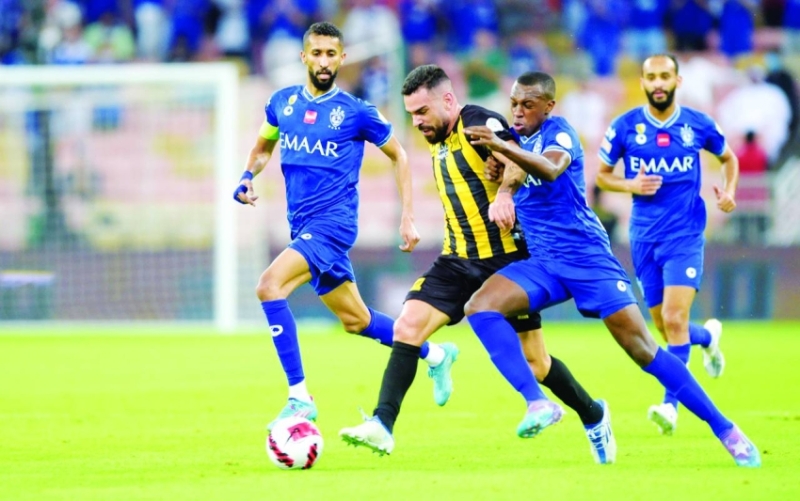 Technical analyst Ahmed Allam, the former sports director of Al-Ansar Club, considered that Al-Ittihad started its match against Al-Hilal with great success from calmness and focus with the convergence of lines, defensive insurance and the closure of dangerous areas in front of Al-Hilal.

And he continued, there was a commitment from the two wings of Al-Ittihad in the defensive support, which reduced the Al-Hilal threat against Grohe, with the exception of the equalizing goal ball.

Allam said that Al-Ittihad won individual and aerial tackles, and its players did not make mistakes in passing due to focus and discipline.

Allam explained that Al-Ittihad succeeded offensively in the first half, relying on offensive shifts and a quick rebound, by exploiting the slow rebound of Al-Hilal from the offensive to the defensive state, and this resulted in the creation of large spaces.

Allam indicated that Al-Ittihad collapsed in the second half, due to the departure of Grohe, which left a psychological and mental impact on the players, especially since Grouhy was effective even before his exit from the match, and the team relied on him by preparing and building with long balls, and this matter gave an increase to the players and this Properties not available in Rakan Nagar. He added, Al-Ittihad also entered the second half with an attacking increase and greater desire, and succeeded in creating an opportunity for Hamdallah in the 58th minute, and the distinguished defender Ali Al-Bilahi saved it.

Allam added, however, that Al-Ittihad’s offensive desire created empty spaces in its back areas due to the poor physical fitness of most players, the lack of great options on the bench, and the loss of focus after the second goal of Al-Hilal, which Al-Ittihad was absent from the match and paved the way for receiving the third goal.

On the other hand, Hilal’s possession was in the first half, and the employment of Salem Al-Dosari as a playmaker limited his attacking risk as a winger.

In the second half, the spaces in which Al-Ittihad players rushed forward tempted Al-Hilal players to launch attacks on the goal of Rakan Al-Najjar, while exploiting the right side of Al-Ittihad, the weakest defensive side, as well as exploiting the weakness of Al-Ittihad’s defensive axes. This resulted in two shots from outside the area and translated into two goals.

In general, Al-Ittihad gave a perfect performance in the first half, while Al-Hilal played on Al-Ittihad’s gaps and took advantage of them and ended the match in its favour.

Tags: And collapsed, and psychic, Artistic, at, for reasons, for"City":, mark, shred, the first, the half, The second, the Union