All you need to know about the 2022 World Cup draw 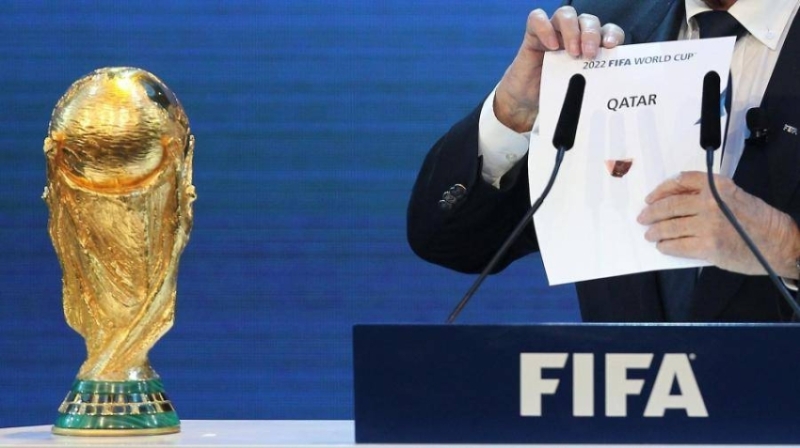 The attention of the world will turn to the Qatari capital, Doha, on Friday evening, where the draw for the 2022 World Cup will be held, and the matches of most of the participating teams will be determined.

With the end of the final stage of the qualifiers, the International Football Association Board (FIFA) decided the four levels for the teams in the draw.

During the draw, a team from each level will be drawn, in one group, and the process will be repeated until the eight groups of the tournament are completed.

For example, a team from Level 1, Level 2, Level 3 and Level 4 will be drawn into Group A.

The levels of the draw were determined according to the FIFA classification, where the major teams were placed in the first classification, so that each of them could top his group, without collision, and then the other levels.

In the first level, Qatar was placed at the top of the list, being the host country, in addition to 7 of the world’s giants, namely Brazil, Argentina, Belgium, England, Spain, France and Portugal.

At the second level are Germany, which everyone will want to avoid, as well as the Netherlands, Croatia, Denmark, Switzerland, Uruguay, Mexico and the United States.

The last level includes the lowest ranked teams, which are Ecuador, Saudi Arabia, Canada, Cameroon and Ghana, in addition to 3 teams that have not qualified yet, the play-off for which will be held in June.

For the first time in history, not all seats will be “reserved” in the draw, as only 29 teams will be drawn, while the identity of 3 teams will remain unknown.

Due to time constraints, it was decided to hold the final supplement to the World Cup next June.

The first ticket among the three, will be between the Asian playoff champion Australia or the UAE, and the fifth South American, Peru.

The second ticket will be between the fourth Central American Costa Rica and Oceania champion New Zealand.

The third ticket will be for the last European qualifier, between Wales, Scotland and Ukraine.

The three finalists will be automatically placed in the final level of the lottery.

The draw will take place at 7:00 pm Mecca time, Friday, in Doha, in the presence of football stars and FIFA President Gianni Infantino.