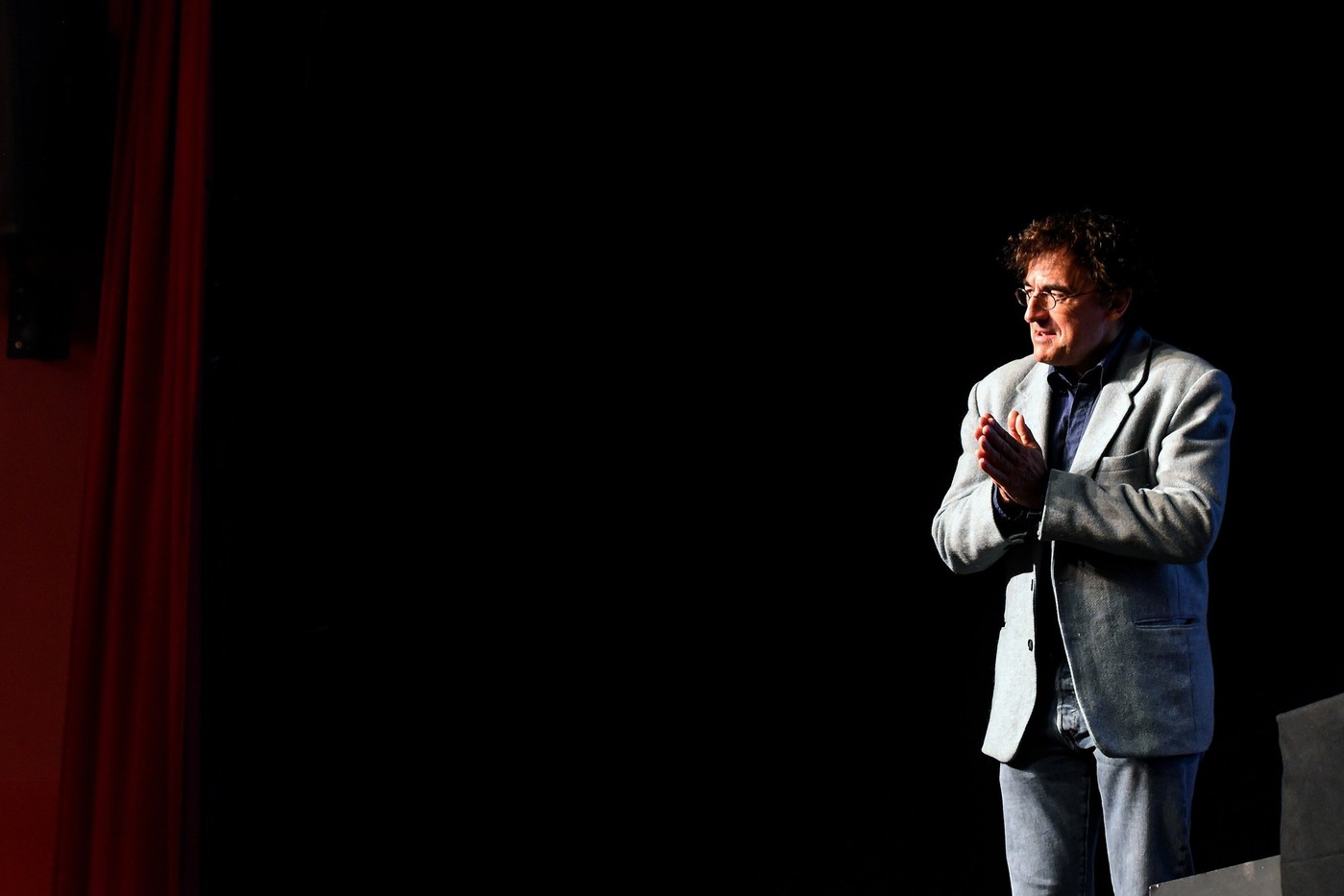 Under the exuberance of his imagination, his unbridled universe, his crazy style, Albert Dupontel remains a discreet shy, an anguished perfectionist, who shuns the press and does not run the television sets. For the release of his latest film – Goodbye idiots -, he was kind enough to answer the spectators’ questions, after the screenings of the 85 previews in France, Switzerland and Belgium. ” Going to the movies can become a heroic act He says humorously, aware that his film is coming out at the worst time. ” I love going to dialogue in the small provincial towns which are the last bastions of cinephilia, to describe my conjuring tricks, to show them that it is craftsmanship and work. “

During the Lumière Festival in Lyon, last week, he also engaged in a public introspection, during a fascinating, funny and intimate, sincere and serious “master class”, led by Thierry Frémaux, the director of the festival, moreover general delegate of the Cannes festival to which the director never submits his films, for fear of being too exposed on the Croisette …

” I had a pampered childhood, with a lot of attention in a cultivated environment. When my father saw my movie Bernie, he said to me: “But what did I do to you? My cinephilia goes back to the Sunday night movies on television. I had my cinephagia period during my teenage years. Then I started medical studies which I stopped in the fifth year. I had a chaotic and consistent journey. I took theater lessons with Antoine Vitez, then with Ariane Mnouchkine, but never cinema lessons. I remain self-taught. “

His influences and benchmarks

” The cinema that I love is sensual and twilight, elegant and poetic. Since I am an insomniac, I watch a lot of movies. I am the collateral victim of my cinephilia, which ranges from the great Russian filmmakers to Terry Gillian, from the refined style of Robert Bresson to the burlesque genius of Charlie Chaplin, obviously mixed with the nonsense of Monty Python which allows me to understand the nonsense of existence. I understand the reality better in the imagination of others than in life. I also read a lot, between 4 and 6 books per week. “

” The real heroes in cinema are the authors. Writing is essential. This is the phase of architecture where everything is played out, where I let myself go. With me, it’s long, laborious, difficult, full of doubts but always the result of letting go, especially on the characters of depressed people, a state that I know well. I prefer the masonry of the realization, the work of the staging, the cutting, the editing. The camera is a grammar which allows to fill the gaps of the author. I never start a shoot without a long rehearsal period, which can last two months. Then I focus on the emotion of the characters and the actors. I like to be touched by their interpretation. For Goodbye idiots, I chose Virginie Efira from a group of actresses. During the tests, she gave off such emotion that the evidence jumped out at us. A movie takes me three years of my life, I can’t risk making a mistake. I like myself when I make films. I don’t like myself outside. I try to express myself and especially to distract the public with my neuroses. I remain a skeptical optimist, therefore lucid. I believe deeply in humanity and in the genius of the individual. Hence my taste for telling the story of little people lost in the system or of situations that go beyond them. “

” I’m plotting a new movie. The story of a quadra, hyper-gifted, who wants to become President of the Republic… and discovers that he is the son of the maid. I draw a lot and very freely from the life of Robert Kennedy. I’ve been thinking about it for seven years and I’ve been writing it for over two years. I have another project in mind: a family film… And I would like to adapt Sea workers by Victor Hugo. “