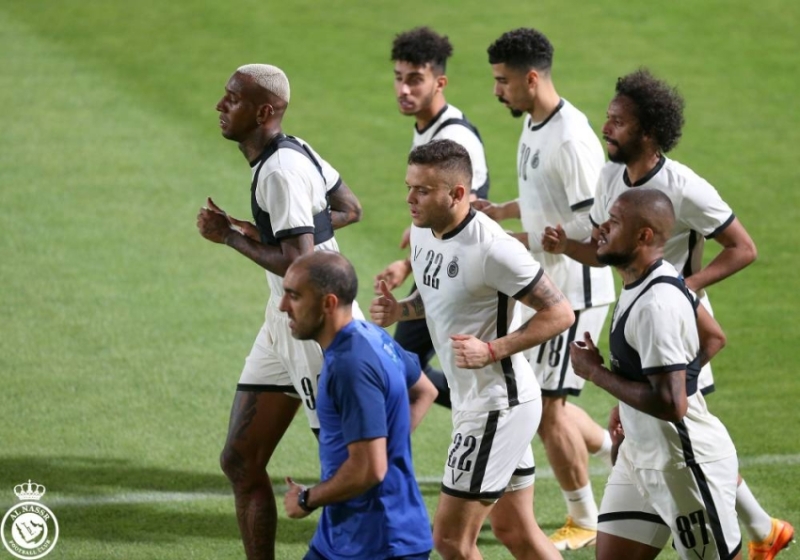 Al-Nasr club imposed special measures during the team’s training taking place these days at the club’s stadium, after it was announced that 6 members of the team had been infected with the Corona virus yesterday. The injuries were discovered after the team players underwent PCR tests that took place in preparation for traveling to Abu Dhabi to set up a camp there from April 17 to 23.

And the official account of Al-Nasr Club on Twitter revealed that “Raed Azebi, Abdulaziz Al-Owaidy, Funes Morey, Muhammad Al-Fateel, Abdullah Al-Khaibri and the guards coach, Captain Majid Al-Ghannam, as well as Vincent Abu Bakr’s infection with Corona during his participation with his country’s national team recently, and this was announced in earlier time.

Al-Nasr will play a number of friendly matches. Al-Ittifaq will meet on Tuesday, April 19, then on Friday it will play the UAE’s Baniyas, and on Wednesday it will face the Al-Batin team, before the Saudi Professional League “Prince Mohammed bin Salman Cup League” returns on Friday, May 6th.