Al-Ittihad concludes its friendlies with unity 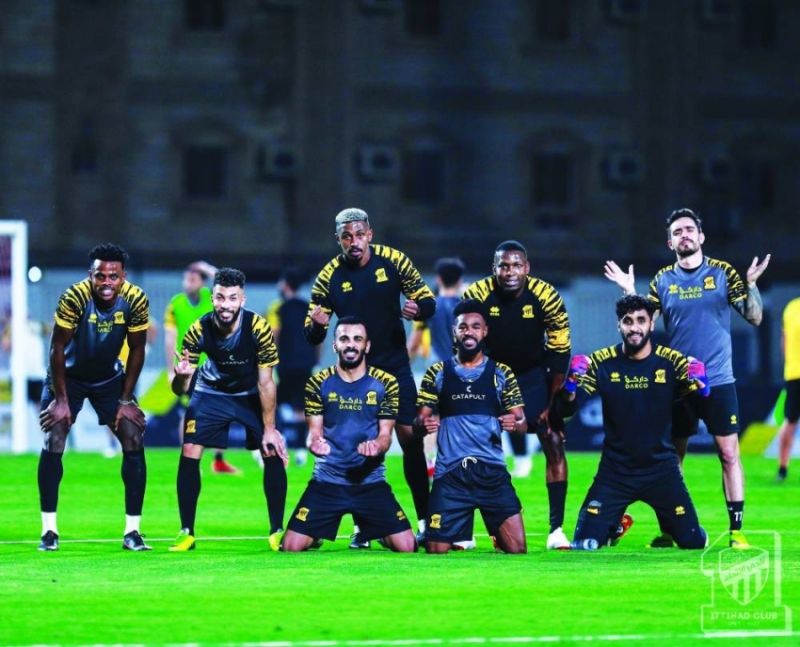 Today, Thursday, Al-Ittihad team concludes its series of friendly matches, according to the team preparation program prepared by the technical staff of the team led by Romanian Cosmin Contra, in conjunction with the suspension of the Prince Mohammed bin Salman Professional Cup. Al-Ittihad will meet this evening at the club’s stadium in a closed match in front of the media with Al-Wahda team in the third friendly.

Al-Ittihad played three matches during the suspension period, in the first it defeated Abha by a clean double, and in the second it defeated Al-Hazm by four goals to one.

The Al-Wahda match today will be the most important station in the preparation program, as it precedes the expected Al-Fateh match in Al-Ahsa on the fifth of next Shawwal with the resumption of the Prince Mohammed bin Salman Professional Cup League, in the 26th round of the competition.

In this match, Kuzmin will put his final touches, which he will rely on before the league returns.

It is expected that Kuzmin will pay at the beginning of the match against Al-Wahda the starting lineup that he will rely on against Al-Fateh.

The Al-Fateh match is of paramount importance to the federation, as it is crucial at the beginning of the decisive stage in the league, and winning its points gives the players and the technical staff a huge moral and technical boost to continue the path towards the title.

The technical staff, led by Cosmin, breathed a sigh of relief, with Bruno Henrique returning to group training for the team after the injury he felt after the friendly in Abha.

The past training witnessed an administrative presence that reflects the great keenness to support the players and confirms the importance of the next stage.

Tags: his friendliness, Lonely, the Union, wrap up