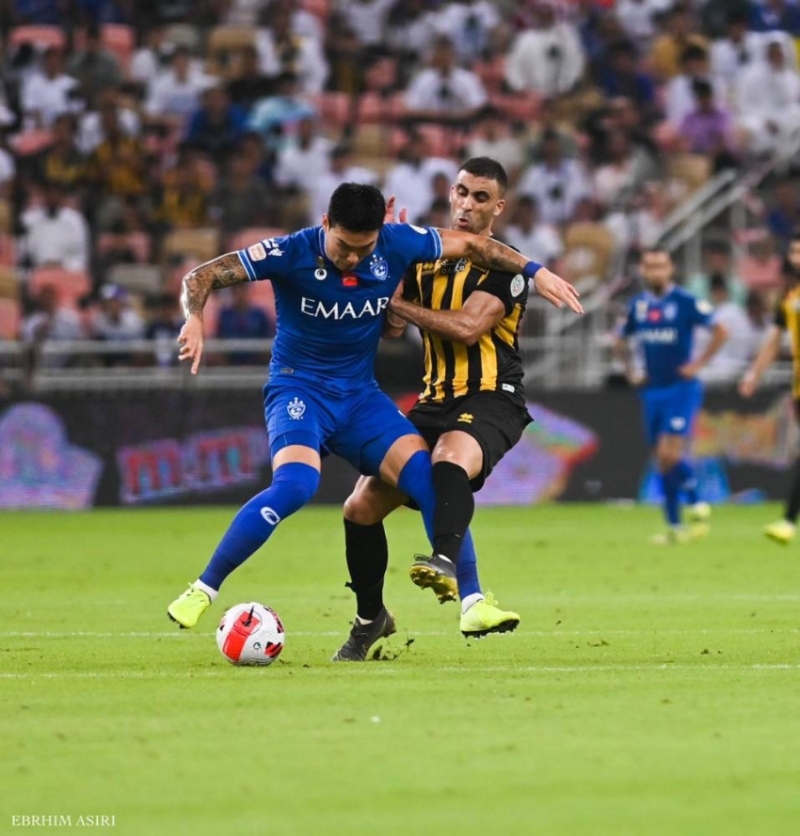 The first team of Al-Ittihad Club lost its match against its brother Al-Hilal Club, in the presence of a crowd of 56 thousand spectators, and in a confrontation in which Al-Hilal manifested itself in the second half.

The beginning of the first half was even between the two teams, with Al Ittihad’s relative superiority in counter-attacks that were given to Moroccan Abdel Razzaq Hamdallah, who was saved by Al-Mayouf brilliantly.

Al-Ittihad advanced through a penalty kick offered by Romarinho, and in the last minutes of the first half, and from a mistake by Ziad Al-Sahafi and a collision with goalkeeper Grohe, Michael took advantage of the goalkeeper’s fall and shot it perfectly to equalize Al-Hilal. carpenter

In the second half, the two teams started in the same way that the two parties played, and in the middle of the second half, Al Hilal scored the second goal through Salem Al Dosari, and less than two minutes later, Michel came back and scored his team’s third goal after a mistake by Abdul Rahman Al Aboud in dispersing the ball, after this goal Al Hilal dominated the match until he announced Referee Muhammad Al-Huwaish ended the match with the victory of Al-Hilal, reaching the 58th point, and Al-Ittihad’s balance freezes at the 61st point.