Al Hilal is in a clash with Sharjah with old memories 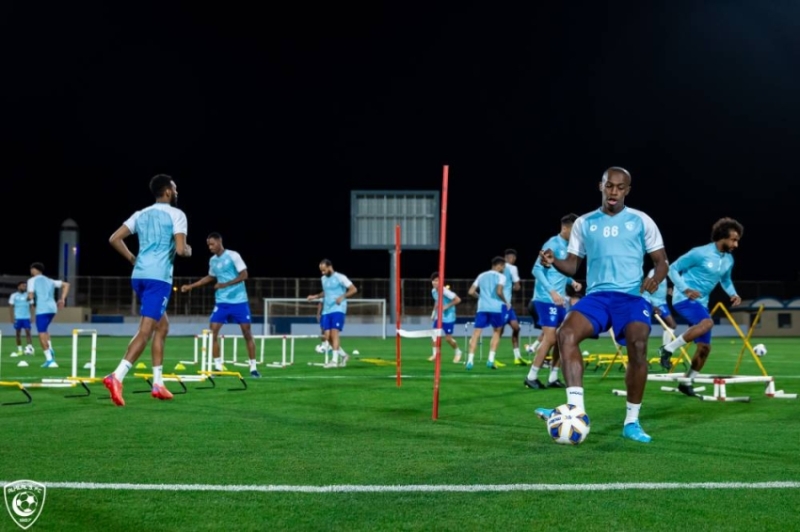 The matches of the first round of the group stage of the AFC Champions League, which are hosted by the Kingdom, will continue on Friday.

On Friday, 6 matches will be held, the most prominent of which will be the Al-Hilal and Sharjah match.

Al Hilal enters the match ecstatic by qualifying for the final of the Custodian of the Two Holy Mosques Cup for the seventeenth time in its history, despite the difficulties it faces in the local league after winning the two titles in the last two seasons, and is currently 11 points away from the leaders, knowing that it has two matches postponed.

Al Hilal, the record holder four times, between 2019 and 2021, will miss its Peruvian international striker Andy Carrillo until the end of the season due to injury.

Al Hilal has been running perfectly since contracting with Argentine coach Ramon Dias, as he has not lost or tied in any match, as he has achieved eight consecutive victories, including two in the King’s Cup.

Al-Hilal replaces Al-Hilal with the memories of the 2004 edition, when it inflicted one of its biggest defeats on Al-Hilal in the tournament, defeating it 5-2 back in the group stage, after the first leg ended in a goalless draw in the only two matches between them.

Sharjah is also counting on its seventh participation in the championship in the first group, on the experience of its Romanian coach Cosmin Olario, who previously led Al Ahly of the United Arab Emirates to the final of the 2015 edition, before losing the title to China’s Guangzhou Evergrande.

And the youth’s task will be easier at the beginning of his career, when Friday also faces Mumbai City, India, where individual and collective skill differences are all in favor of the youth.

The Emirati Al Jazeera returns to participate in the tournament after an absence since 2018, when he meets the Iraqi Air Force, bearing great hopes to save his season after he bid farewell to all local championships and approached losing his title as the UAE League champion, where he is 8 points away from the leaders Al Ain 6 stages before the end of the season .

Qatar’s Al Sadd is looking for a new start in the Asian Championship, in its match against Uzbekistan’s Nasaf, on Friday.

Qatari clubs are seeking to compensate for the failure of the last edition of the tournament, after they were absent from the playoffs for the first time in 8 years, with the three actors Al Sadd, Al Duhail and Al Rayyan leaving the group stage, in addition to Al Gharafa’s inability to pass the preliminary round.

Al-Sadd, the champion on two previous occasions (1989, 2011), begins the competition when it meets Al-Juma’a Nasaf of Uzbekistan at Mohammed bin Fahd Stadium in Dammam in the fifth group competitions, which includes the Jordanian units and Al-Faisali of Saudi Arabia.

The Qatari league champion in the last two editions, with a record free of losses, hopes to make a strong start, especially in light of the completion of his ranks, relying on heavy-caliber stars led by the Spaniard Santi Casorla, the Algerian Baghdad Bounedjah and the Ghanaian Andre Ayew, along with the Qatari international Akram Afif, the best player in Asia 2019.

Qatar’s Al Rayyan will play on Friday the championship journey against Tajikistan’s Istiklal on Friday at King Fahd Stadium in Riyadh in Group A competitions as well.

Al-Faisaly team is facing a new challenge, when it faces the Jordanian Al-Wehdat in its first appearance in the Champions League, after it achieved the Custodian of the Two Holy Mosques Cup for the first time in its history last season.

Al-Faisaly and his Greek coach, Ozonides, are seeking to get the best results, especially since the team is not at its best in the league.

Tags: An old, at, clash, Crescent moon, Sharjah, With, with memories