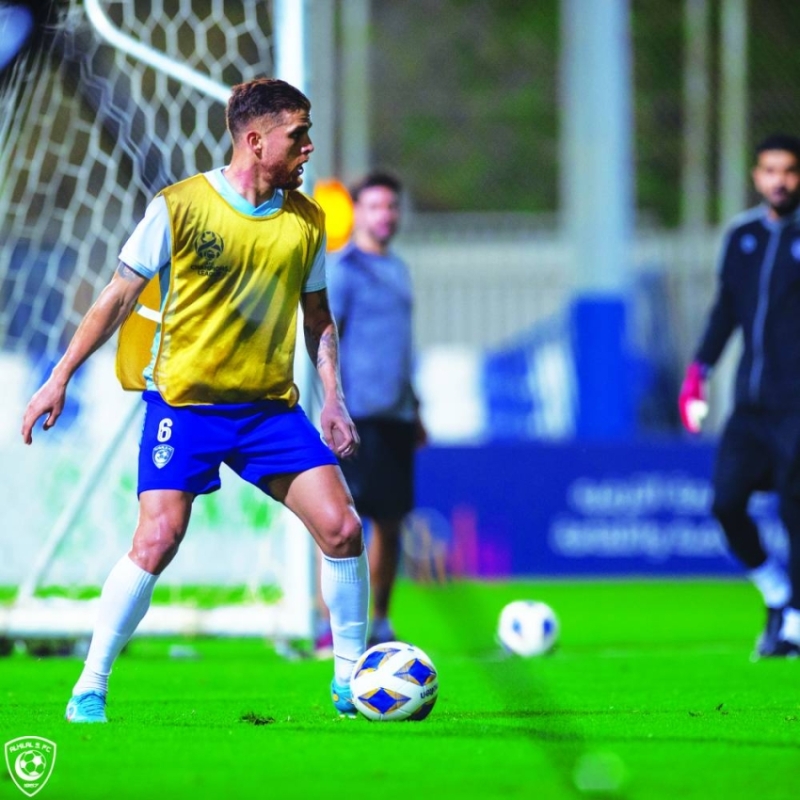 Al Hilal, the defending champion, is looking for its fifth victory today when it faces the Qatari Al Rayyan at Prince Faisal bin Fahd Stadium in Riyadh at the end of the first group competitions.

The two teams enter the match with different ambitions, as Al Hilal secured qualification before two rounds, and the group lead at the end of the last round, while Al Rayyan needs to win to qualify as one of the top three teams occupying second place.

Al Hilal is in the lead with 13 points, from 4 victories and one draw, while Al Rayyan is in second place with 10 points from 3 victories, a draw and a loss. Al Hilal has historically surpassed its Qatari counterpart, as they met 10 times in various tournaments. Al Hilal won 6 matches, Al Rayyan in one, and the tie settled 3 matches. The leader’s attack scored 20 goals, while Al Raheeb’s attack scored 11 goals. Although Al Hilal qualified and took the lead in the group, it seeks to win to maintain its unbeaten record. It is expected that Al Hilal coach, Ramon Dias, the Argentine, will make several changes to the squad in order to give the opportunity to some players who did not participate mainly in most of the past matches.

As for Al Rayyan, who won an important victory over Istiklal of Tajikistan at the deadly time, he will enter the match with full force in search of a victory to accompany Al Hilal to the second round, or a draw in the hope that the results of the rest of the groups will serve him.

Al-Faisaly must overcome the obstacle of the Qatari Al-Sadd, to book a ticket for the first round of the AFC Champions League, in his first appearance.

Al-Faisaly leads the group with 9 points, and continued his career as the best start for a Saudi team in the tournament with his first participation, as he maintained his record without losses, recording two wins and 3 draws, while Al-Sadd occupies the last place with 4 points.