Al-Hilal and Al-Nasr..a fiery clash with a continental taste 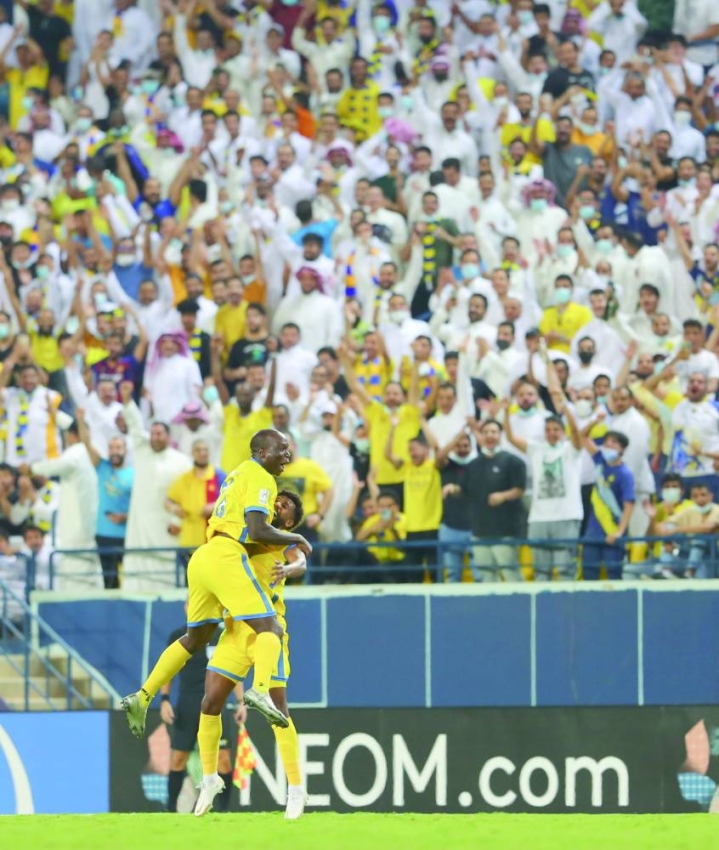 Al-Hilal collides with its rival Al-Nasr today, Tuesday, in the semi-finals of the AFC Champions League, in a purely Saudi derby and a rare fiery competition on the continental level that attracts roaring public attention. At the Marsool Park Stadium, the two teams enter the match in high spirits after Al-Nassr swept the Emirati Al-Wehda 5-1 and Al-Hilal’s wide victory over Persepolis of Iran 3-0. Al Hilal is looking for a fourth title in the competition after 1991, 2000 and 2019, while Al Nasr sets its sights on the first final in the current system of the competition after its runner-up in 1995. After failing to convince the Al Hilalians at the beginning of the season, the fingerprints of Portuguese coach Leonardo Jardim began to appear on his team’s performance, especially during the period “Our goal is to reach the final, and this is what we plan to do, regardless of the opposing team.” After the last match in which he defeated Persepolis, the summer of 2018 and 2020, three times through Salem Al-Dossary with a superb goal and the veteran French Bafetimbi Gomez (two goals), the former French coach of Monaco expressed his satisfaction with the victory, “My first words are to the players, they played an excellent match and the most important thing is that we controlled the rhythm Meeting”. The 47-year-old coach hoped a crowd would attend, because “a club like Al Hilal needs the fans to be strong and the stadium to be completely full.”

But doubts surround the players’ fitness, after playing the two quarter-final matches on Saturday, prompting Jardim to say, “The two days between the Persepolis meeting and Tuesday’s meeting are impossible in any other tournament.” He continued, “In the biggest tournament in Asia, we will not have enough time to work, nor for the opposing team either. A tournament like this deserves that the time difference between the two matches is greater so that everyone can appear in a special way.” On the other hand, Portuguese Pedro Emmanuel succeeded in his first test with Al-Nassr, after he took over the task about two weeks ago, succeeding the dismissed Brazilian coach Mano Menezes. Like Jardim, he stressed the importance of his fans, “I say to the fans: We need them, because their presence is very important and helps us a lot to achieve victories.” “I hope that we will continue what we have done and prepare optimally for the match, which will be an important step towards achieving our biggest goal,” said the coach looking for the final. The victory coach said, “The West’s matches are at a somewhat higher level and the competitive intensity is more intense on the field.” Al-Nasr, who enters the match with full ranks, is counting on its Moroccan top scorer, Abdel Razzaq Hamdallah, along with the Brazilian Anderson Taliska, the Uzbek Jalaluddin Masharipov and Sultan Al-Ghanam. Talisca praised his coach Emmanuel, “He managed in a short period of time to manage the team’s affairs well, as he had previously trained in Saudi Arabia, and he was very good knowledge of the players.” While Al Hilal, who may miss the international efforts, Yasser Al Shahrani, depends on its top scorer, French Bafetimbi Gomis, Brazilian Matthews Pereira, Korean Jang Hyun-soo, Malian Moussa Mariga, Salem Al Dossary, Salman Al-Faraj and Muhammad Al-Buraik. His captain, Salman Al-Faraj, said after qualifying for the last square, “The semi-final match will be big and the club is high in it… and we will start working now on the confrontation against Al-Nasr, who has high capabilities.”