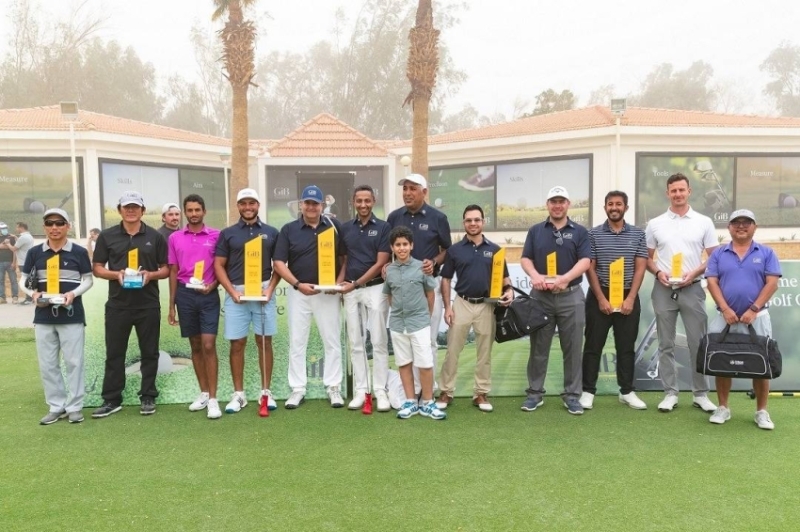 Two golfers, Abdulaziz Al-Halisi and Faisal Al-Salhab, won the GIB Annual Golf Championship Cup in its fifth edition 2022, which was held the day before yesterday on the courses of Dirab Golf Club in Riyadh, with a total of 62 points.

The tournament returned to the forefront of sporting events with the wide participation of more than 92 professional and amateur players of different nationalities, including ranked players from the Saudi golf team, in addition to executives, clients and partners of Gulf International Bank, and other important members of the business community in the capital, Riyadh.

The Gulf International Bank Golf Championship (GIB Cup) this year recorded a remarkable technical and organizational success, and Mr. Abdulaziz Al-Helaisi, CEO of GIB, said: “We are pleased to witness the return of the annual Golf Cup to the golf agenda in the Kingdom, and we are very pleased to have had the opportunity Meet in person with our customers, partners and golfers. He added: “The strong participation in the tournament, including the support provided by the Saudi national team and the Saudi Golf Federation, indicates the importance of the Gulf International Bank Golf Cup, and the efforts of the private sector to promote the growth of this strategic game with public participation in line with Saudi Vision 2030 and its objectives to develop various Major sports.

Al-Halisi thanked His Excellency Mr. Yasser bin Othman Al-Rumayyan, President of the Saudi Golf Federation, saying: “I would like to personally congratulate and thank all those who pleased us with his presence and participation in this tournament, led by His Excellency Mr. Yasser Al-Rumayyan, Chairman of the Board of Directors of the Saudi Golf Federation and Saudi Golf, whose participation affected the competition in The championship, with our aspirations for a positive year full of participations with many stakeholders across the Kingdom.”

The tournament witnessed the participation of 46 teams from different regions of the Kingdom and the Gulf states, where the tournament followed the way the teams played two balls (the best ball), or what is known as “Two Balls Texas Scramble”, and the Saudi players dominated this year and the team formed won the championship From the player Abdul Aziz Al-Halisi and Faisal Al-Salhab with a total of 62 points, and the second place was won by the players Abdul Rahman Al-Mansour and Rami Al-Sihati, with a total equal to the third place, the team Waheed Aslam and Phu Viet Dong, and Omar Hariri and Jad Selim team ranked fourth with a total of 64 points, followed by the fifth place team Abdul Rahman Al-Othman and Grant named with a total of 65.