Al-Attiyah is close to being crowned, and Al-Rajhi is preparing to achieve a historic achievement 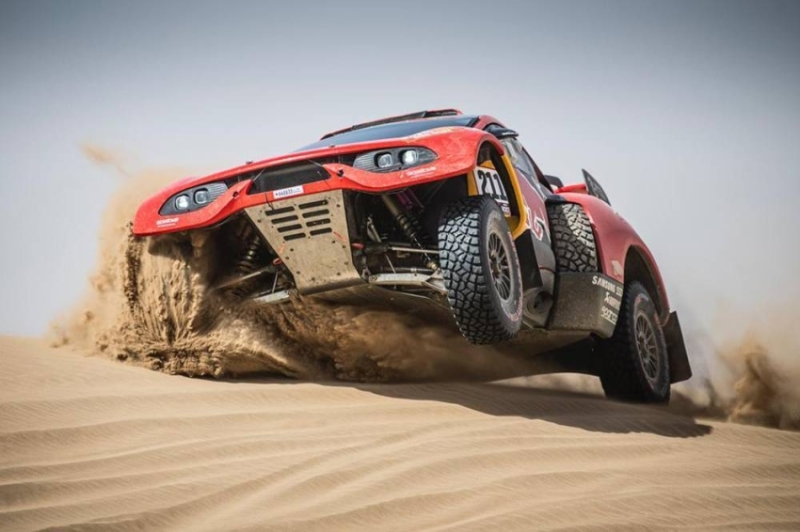 Tomorrow, Friday, January 14, 2022 AD, Jeddah will witness the closing of the curtain on the Saudi Dakar Rally 2022 in its twelfth and final stage of the race that started on January 2, 2022 AD. This stage will start from Bisha Governorate to Jeddah, with a total distance of 680 km, including 164 km for the special stage subject to for timing.

After the end of tomorrow’s stage, the participants will arrive at the Dakar Rally platform at the Jeddah Corniche circuit, which will host a series of activities, before the winners of the six categories of the rally will be crowned at seven in the evening.

The eleventh stage was concluded today, Thursday, January 13, 2022, in a circular stage in the Bisha governorate for a distance of 501 km, including 346 km for the special stage subject to timing.

Spaniard Carlos Sainz, the driver of the “Audi” team, finished this stage in the car category by taking first place, ahead of Argentine Lucio Alvarez, the driver of “Over-Drive”, who won second place, while Swede Matthias Ekström came in the third place for the “Audi” driver.

At the end of the day’s stage, and one stage before the deciding stage, Qatar’s Nasser Al-Attiyah, the Toyota team driver, continued to lead the general classification of the car category, despite reaching seventh in this stage, 33 minutes behind the French Sebastien Loeb, the driver of the BRX team, who ranked second. And who received a time penalty of 5 minutes for excessive speed, while Saudi Yazeed Al-Rajhi, the driver of “Over Drive”, held the third place, finishing this stage in thirteenth place.

In the motorcycle category, Argentine Red Bull KTM rider Kevin Benavides managed to take the lead in this category, despite his withdrawal in yesterday’s “tenth round”, while Britain’s Sam Sunderland came second, while the Portuguese came second. Joaquim Rodriguez, the Hero rider, finished third.

In the light desert T3 category, American Seth Quintero, the driver of Red Bull Offroad, took first place in this stage, setting a new record, which is represented by recording the most number of victories in the special stages in a single edition of the rally, while the Swede Sebastian Ericsson recorded The driver of the “South Racing” team named him in second place, while Chilean Francisco Lopez Contardo finished third in this round.

In the trucks category, Russia’s Eduard Nikolaev, driver of the “KAMAZ” team, managed to finish this round as the leader of the standings, followed by his teammate Andrei Karginov, while their compatriot Dmitriy Sotnikov came in third place.

Poland’s Marek Gottshal won this round in the light desert T4 category, while Spaniard Gerard Varese came in second place, while Lithuanian Rokas Paciuska came third in the standings.

Tags: Achievement, And Al Rajhi, Approaching, coronation.., from, Getting ready, Historical, the gift, to achieve